The Call of the Muezzin Is No Longer to Be Overheard

The battle for official recognition will change Muslims in Germany. Society will demand more from them in exchange for their becoming part of the official structures than merely obedience to the laws. Jörg Lau reports

The battle for official recognition will change Muslims in Germany. Society will demand more from them in exchange for their becoming part of the official structures than merely obedience to the laws. By Jörg Lau 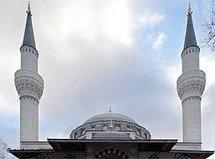 We argue about the height of minarets and domes. But in truth the arguments are about nothing less than the process of turning a religion into part of our society, writes Lau

​​The arguments about Islam in Germany have got tougher. That is good news. We have moved straight from an era of artificial equanimity into a period of negotiations about a new sense of who the Germans really are. The recognition that Islam belongs in Germany was not the end of a cultural conflict, but the beginning.

The more the neighbours move closer, the more the differences between them become clear. Both sides have yet to learn that it is a good sign if people are beginning to talk about them. The plans to build a mosque in Cologne are currently causing a storm throughout the country.

Deadlock on the future of dialogue

We argue about the height of minarets and domes and the size of car parks. But in truth the arguments are about nothing less than the process of turning a religion into part of our society. For months there has been deadlock between the protestant church and the Muslim organisations over the future of the dialogue between them. 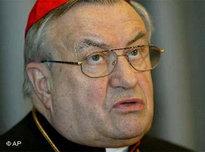 Cardinal Karl Lehmann says it is "false tolerance" to treat religions the same, whatever their history and the number of their adherents

​​And now Germany's most senior catholic, Cardinal Karl Lehmann of Mainz, has called into question the idea that Islam and Christianity may have equal rights: he says it is "false tolerance" to treat religions the same, whatever their history and the number of their adherents.

It is true that what was described as tolerance was often only indifference. One would rather not know what the others really believe. Now a foreign religion is insisting on recognition.

It wants to emerge from its backyard mosques and take its place among the ranks of the great and the good who populate the supervisory boards of public broadcasters. It wants to build grand mosques which make a difference to the skyline.

This ambition puts the churches under pressure, because it calls into question the church's monopoly relationship with the state. But citizens who aren't Christians and who don't go to church also have their doubts: everything was so nicely organised before, cultural conflicts were a thing of the past.

Now a religion is struggling for recognition once again. Lively competition from Islam has livened up the churches too: they now have to project an image of their own.

Cardinal Lehmann is right when he warns against treating the freedom of religion lightly. It's an essential element in a liberal state based on the rule of law. And that's one reason why it is wrong to exclude legal equality for Muslim on the basis of the particular contribution of the churches to the "European cultural identity."

The cardinal said only recently that he would be happy to be able to celebrate a mass in Saudi-Arabia. If he argues against the oppression of Christianity in the Muslim world, he can scarcely deny Muslims in this country their equal rights.

They should eventually have the right, just like the churches, to be corporations in public law, and to enjoy all the privileges in labour and tax law which that brings. Until that happens – as the churches can also attest – they will have to undergo an open-ended learning process.

Inclusion in the official structures

This is what the deal will look like: we offer inclusion in the official structures. And we demand in exchange that doubts and reservations be taken seriously and not simply dismissed as "Islamophobia." 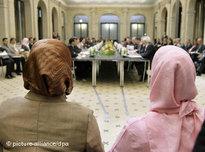 ​​This means that all the questions which have been repressed for so long will be asked, both in the Islam Conference set up by the Interior Minister Wolfgang Schäuble as well as in the dialogue with the churches.

What' your view of women's rights? What's your view on the freedom of Muslims to change their religion here and in your countries of origin? Does the Sharia have more weight than the German constitution?

Are you ready in the long term to live with equal rights in a religiously pluralistic society? Do you make such commitments reluctantly because you live in a diaspora, or can you justify these views out of your deepest beliefs?

Understandably enough, Muslims see such questions as hostile. But they should remember what Catholics have been required to say in the course of their cultural battles.

The German state does not have to deny its own cultural and religious roots, even if it is required by its constitution to maintain a neutral position with regard to religion. Part of the structure of our state, which is influenced by Christianity, is absolute freedom of religion. Without an open attitude towards other religious convictions, this would be pure bigotry.

Following religious wars and battles over culture German has developed at great cost to itself a system of cooperation between religious communities and the state. It has been particularly concerned to remove mistrust between the confessions and reservations about modernity, and to turn them to productive ends.

It has demanded enormous adaptation from the churches and has given them considerable influence in return. Nothing suggests that it is not also able to integrate other religious groups. It offers Muslims recognition in exchange for obedience to the laws.

That does not mean that the Muslims should immediately and without any further questions be given complete equality with the churches. The churches did not themselves get their privileges for nothing, but only after a "mutual process of learning," as Cardinal Lehmann put it.

Lehmann is himself the best example for the intelligence of the German system. Without the state's commitment to education, the churches here would not be so liberal (and Lehmann would not be a cardinal).

Many people doubt whether Islam can follow the same path. That is not just a Western prejudice: many Muslims too ask themselves how Islam can come to terms with the separation of religion and state.

That is no reason to refuse them the chance to learn, by giving them a signal that they have not got a chance anyway. The churches are tempted to behave as if the liberal state governed by laws had always been a project close to their heart.

But they too had to be seduced into accepting the idea before they ended up genuinely approving of it. Until the Second Vatican Council of 1964, the church struggled over the issue of freedom of religion.

More than simple obedience to the laws 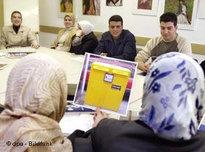 ​​Luckily the debate has moved further than arguments about the headscarf and protests against the mosque would lead one to believe. Someone who believes that a ban on the headscarf is not in accordance with our understanding of liberty can still see the headscarf as a symbol of discrimination against women.

Someone who is in favour of equal rights for Muslims when it comes to building religious buildings can still be opposed to a particular mosque because the organisation proposing it is suspect or because the mosque will change the neighbourhood too much.

German politics has got beyond the false alternatives of indulgence or exclusion. A German model of integrating Muslims is beginning to emerge, and the rest of Europe is observing it with interest.

It involves watchfulness towards attempts at Islamisation, a demand for loyalty to the laws, but at the same time respect for the fundamental beliefs of the others.

But the liberal state requires more than obedience to its laws. It depends on religions to cooperate with it – in the words of the philosopher Jürgen Habermas, it depends on "legitimation rooted in conviction."

Muslims in Germany
Dangerous Ignorance
Far too little research has been done on the attitudes of Muslims toward the social and political system in Germany. This ignorance fuels conspiracy theories on "the Muslims" and terror, says Eberhard Seidel

Interview with Nikola Tietze
Franco-German Perspectives
The sociologist Nikola Tietze has been studying forms of Muslim identity in Germany and France. Susan Javad spoke to her about the different ways of approaching Islam in the two countries

END_OF_DOCUMENT_TOKEN_TO_BE_REPLACED
Social media
and networks
Subscribe to our
newsletter