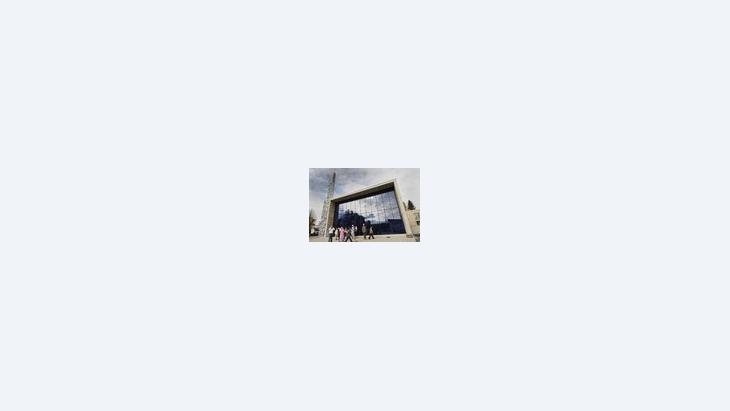 However hard Muslims try to integrate into German society, they often find themselves confronted with a fundamental lack of trust. That certainly is what the Muslim community in the Bavarian town of Penzberg has found: even though it has opened itself and its mosque to the wider world, the German state security services still see it as "opposed to the constitution". Claudia Mende reports 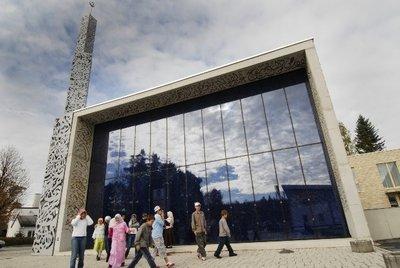 The Bavarian state security service has listed the Muslim community of Penzberg as suspect, even though the city of Munich sees it as a valuable partner

​​Integration is a difficult business. It's particularly difficult if those involved don't really want it. Take the case of the Muslim community in Penzberg. One might be led to believe that the state of Bavaria isn't really interested in the involvement of German Muslims in the wider society. When the state's security service issued its annual report in March, it included the community as a possible threat to the constitution on the grounds of its alleged contact to extremist organisations, even though the community is known for its exemplary efforts at integration.

It sounds like a bit of a farce: while the state of Bavaria issues warnings, the authorities in the state capital of Munich are working with leading members of the Penzberg community to set up an Islamic Academy in the city.

Questions are being asked even within the Bavarian governing coalition, made up of the Christian Social Union (CSU) – the Bavarian sister party of the national Christian Democrats – and the liberal Free Democrats (FDP). "I'm assuming that this will be the last annual report in which the Penzberg community is listed," says Thomas Hacker, chairman of the FDP group in the state parliament, who has himself visited the Penzberg mosque. "I have great admiration for what the Penzberg community is doing."

The state security service accuses the Islamic Forum in Penzberg, led by the liberal Macedonian-born imam Benjamin Idriz of having had contact with extremist organisations such as Milli Görüs and the Islamic Community in Germany (IGD) between 2007 and 2009. The accusations are based on telephone calls, which the security service tapped, between the imam and the then-chairman of the IGD, Ibrahim El-Zayat. In the conversations, the IGD is said to have asked the imam for support for its aims.

​​Idriz does not deny that the telephone calls took place, but says they were "trivial". What was said in the calls need not be interpreted as support for El-Zayat and the accusations seem far-fetched. In 2009, the Penzberg community lodged a legal complaint against its inclusion in the security report.

The Administrative Court rejected the Penzberg request for an injunction to prevent its inclusion on 5th May 2010. An appeal confirmed the ruling, but also ruled that the Penzberg community should not be listed as "a threat to the constitution". It remains a puzzle as to why it then has to be mentioned at all. All the same, Idriz says his community will continue "to work for a peaceful common life".

A centre for an open-minded Islam with European values

The court's findings have had far-reaching consequences for the Penzberg mosque. It's been deprived of its charitable tax status, and the education ministry has advised schools not to organise visits to the mosque.

​​That's ironic, in that, even since its foundation in 1994, the community has demonstrated how integration can work, by nurturing intensive relations with all the local religious groups, schools and other institutions. The mosque has become a centre for an open-minded Islam with European values, and it doesn't belong to any of the more conservative Muslim religious associations.

Idriz himself often takes part in inter-religious events and discussions. He's hosted many prominent figures, including well-known Jews and Christians, as well as senior politicians. He recently joined a discussion in Munich about homosexuality and Islam – a difficult topic which few Islamic leaders are prepared to touch. In his book "Grüss Gott, Herr Imam" ("Good day, Mr Imam"), he argued for a reformist Islam which should include values such as democracy and equal rights for women.

Such a European Islam needs Muslim preachers who can preach in German according to German standards, and without the influence of scholars from the countries from which German Muslims come.

It was to meet this need that the idea of a "Munich Centre for Islam in Europe" arose. The city of Munich supported the plans of an association set up by the imam to build a centre with a Muslim Academy, a library, community centre and grand mosque in the heart of the city. All the parties in the city parliament – including the conservative CSU – agreed. Now they want to talk to the state about help with funding the project.

The funding is still completely insecure. Idriz estimates the cost of the Centre at around 20-30 million euros. They've asked the United Arab Emirates for help. The Emir of Sharjah was the main financier of the Penzberg mosque.

The Centre already has the support of the catholic and protestant churches, as well as that of the Jewish community, at a time when its chairwoman, Charlotte Knobloch, also held the chair of the national Central Council of Jews in Germany.

The wide support which the imam enjoys doesn't seem to make much impression on the Bavarian interior ministry. The CSU interior minister, Joachim Herrmann, told Idriz in a private meeting in 2010 that the security services would look at the issue again, but the entry has appeared in the security report once more, although this time with an additional qualification.

According to the new report, "New information about unconstitutional activities has not come to light this year." But it repeats the old accusations: "It remains to be seen whether the expressions of distance to extremist organisations which have been made in the meantime imply a continuing, independent orientation based on the basic principles of a free democracy."

It is to be hoped that the Muslims of Penzberg are prepared to wait until the interior ministry is finally ready to accept the contribution which they are making to Bavarian society.

Mosque Construction and Dialogue
Even the Minaret Is Admired
In his essay Alen Jasarevic, architect of a mosque built in the town of Penzberg in Upper Bavaria, pays tribute to Islamic architecture. He hopes that the mosque in Penzberg will provide a shining example for other cities and communities

Book Review: Benjamin Idriz's "Grüß Gott, Herr Imam"
A Contemporary Interpretation of Islam
For the first time, an imam has joined the debate on the future of Islam in Europe with his own publication. Grüß Gott, Herr Imam (Hello, Mr Imam) is a remarkable book that shows how Islam and western democracy can be compatible. Claudia Mende read the book

Debate on New Mosque Buildings
Too Weak to Bear outside Influence?
The frequent resistance against the construction of mosques in Germany derives from many sources: an instable German identity, cultural and religious insecurity, and fear of Islam, perceived as a threat. An essay by Salomon Korn

END_OF_DOCUMENT_TOKEN_TO_BE_REPLACED
Social media
and networks
Subscribe to our
newsletter