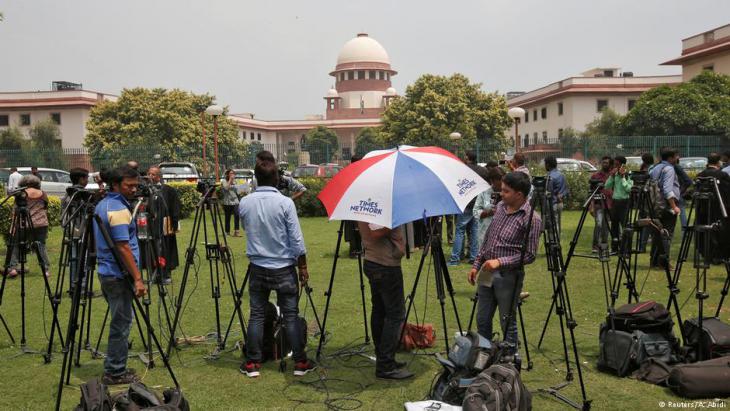 India′s Supreme Court recently declared the Islamic practice of "instant divorce" to be anti-constitutional. The judges argued that since ″triple talaq″ is not an integral part of the Muslim faith, it is not subject to protection under the principle of religious freedom. Ronald Meinardus reports from New Delhi

As usual, India′s Prime Minister Narendra Modi made his opinion known on Twitter: the Supreme Court's decision was "historic", granting equality to Muslim women and sending a powerful message for their empowerment.

In an eagerly awaited ruling, the Supreme Court found that the widespread practice among India's Muslims of "triple talaq" (talaq-e-biddat) violates the constitution. With this landmark decision, a debate that has been going on for decades among the country's Muslim minority on a central question of family law has now reached its end point.

The question of which divorce laws apply to the 180 million Indians of Muslim faith has always been more than just a dispute among lawyers. It concerns instead the highly precarious relationship between the Hindu majority and the Muslim minority.  Ultimately, the legal dispute also has to do with a key political question facing the Indian Republic: how should the state handle secularism?

The separation of church and state is enshrined in the national constitution. However, seventy years after the establishment of the Republic, the reality still does not yet reflect the constitutional standard regarding this cardinal issue.

Incompatible with the Indian constitution

To ensure a balanced opinion on the emotionally charged subject, the Supreme Court entrusted the case to judges from five different religious faiths. Not only the composition of the panel of judges was pluralistic; their opinions differed as well. Three of the five constitutional judges ruled that so-called instant divorce, which gives a man the right to divorce his wife by saying the word "talaq" ("dismiss") to her three times in a row was incompatible with the Indian constitution. 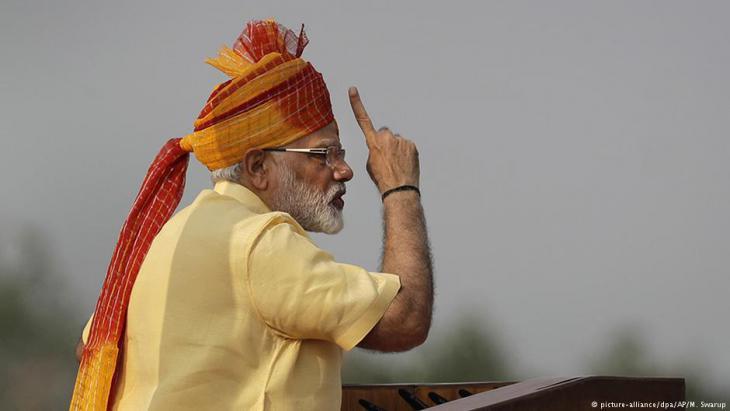 Following the verdict pronounced by the Supreme Court, India′s Prime Minister Narendra Modi twittered that the decision was a "historic" one. Modi, a practising Hindu, had spoken out in favour of banning the practice, on the grounds that it violated the human dignity of women. Some Muslims have expressed concern that this could be a first step towards weakening the overall status of Muslims in India

The core of the reasoning set forth in the 272-page document, which the judges underpinned with extensive theological expertise, is as follows: The talaq practice is not an integral part of the Islamic faith and is hence not protected by the principle of freedom of religion.

Religious freedom is a lofty principle given the multiple faiths practised in India. It finds concrete expression in the far-reaching autonomy of religious communities in all aspects of family law. India has no uniform law on civil status – the lack of which is the main cause behind the current discussions.  When it comes to marriage, divorce, adoption or inheritance issues, the Sharia is the measure of all things for India's Muslims.

The other religious communities have their own sets of laws, each dating back to centuries-old traditions. These traditions are an important aspect of identity in the highly pluralistic Indian society.

"The subtext of all these personal laws, regardless of religion, is that women are not equal to men. They discriminate against women in marriage, inheritance and guardianship of children," writes Vibhuti Patel in a newspaper article headlined "All marital laws in India are discriminatory".

Only a first step?

It is not without a touch of irony that the Hindu nationalist Bharatiya Janata Party (BJP, Indian People's Party), which is at the far right politically and has a troubled relationship with the Muslim minority, would be the one to come forward as champion of secularism and the rights of Muslim women. The ruling party, which after a series of wins in state elections is well on the way to monopolising political power in the world's largest democracy, has made no secret of the fact that the prohibition of talaq divorce is only the first step. The Hindu party demands in its campaign platform nothing less than the introduction of uniform civil status law for all religious communities. 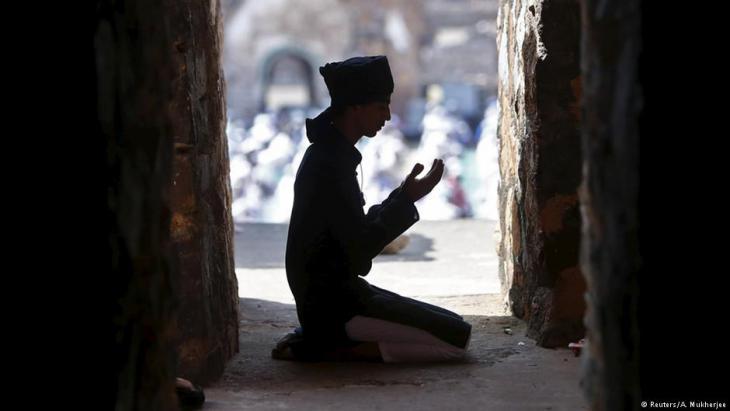 Under scrutiny: the question of which divorce laws apply to the 180 million Indians of Muslim faith has always been more than just a dispute among lawyers. It concerns instead the highly precarious relationship between the Hindu majority and the Muslim minority. The majority of Indians – eighty percent of the population – are Hindu. The second-largest religious group are Muslims, who make up for 14 percent. The various religious communities in India all have their own sets of laws, governing marriage, divorce and other aspects of day-to-day life

This plan has met with resolute opposition on the part of the Muslim minority, particularly in the orbit of the more conservative religious leaders. The Islamic clergy and its organisations are worried about losing their autonomy and having to follow the lead of the Hindu majority.

Meanwhile, liberal Indians are accusing the ruling party of hypocrisy: "those who are jubilant at Muslim reform and want to stand up for Muslim women are precisely those who were at the forefront of opposing Hindu reform," writes Sagarika Ghose in The Times of India, posing the rhetorical question: "the prime minister's support for the triple talaq judgement is welcome, but why don't we see similar passionate reformism for gender injustice among Hindus?"

The government has in the meantime let it be known that it does not intend to bring a reform bill before parliament at the moment. An all-party conference will first be convened in the style of a "round table" in order to consult on the reform of civil status law.

For Muslim women, the Supreme Court's decision is still only a partial success. Although experts believe that "divorce by acclamation", which in the digital age can also be pronounced via SMS or WhatsApp, will no longer be possible, the Koran will continue to be the determining factor for divorces among Muslims in India until further notice.

Sylvia Vatuk, who has written a book about marriage, Islam and women's rights in India, sums up the situation by saying: "even after this important judgment, we still cannot speak of the equality of the sexes in Muslim divorce in India."

Dr. Ronald Meinardus is head of the South Asian regional office of the Friedrich Naumann Foundation for Freedom (FNF), based in New Delhi.

COP27 in Sharm el-Sheikh is turning into a PR disaster for Egypt’s military regime. Instead of praise for the host, the news is full of solidarity for imprisoned activist Alaa ... END_OF_DOCUMENT_TOKEN_TO_BE_REPLACED

India is projected to see an explosion in its urban population in the coming decades, but its cities already cannot cope and climate change will make living conditions harsher ... END_OF_DOCUMENT_TOKEN_TO_BE_REPLACED

Indian Americans from diverse faith backgrounds have peacefully co-existed stateside for several decades. But events in the U.S. – and violent confrontations between some Hindus ... END_OF_DOCUMENT_TOKEN_TO_BE_REPLACED

Following the recent brutal attack on Salman Rushdie, famous writers have been reading passages from his works. Torsten Landsberg takes a look at the struggle in 1988 to publish " ... END_OF_DOCUMENT_TOKEN_TO_BE_REPLACED

The Biden administration could have used Pakistan’s economic crisis to compel the country to sever its longstanding ties to terrorist groups. Instead, the U.S. protects and ... END_OF_DOCUMENT_TOKEN_TO_BE_REPLACED

For some in India, the death of Queen Elizabeth II has provoked sympathies for a deeply respected figure, while for a few others, it jogged memories of a bloody history under the ... END_OF_DOCUMENT_TOKEN_TO_BE_REPLACED
Author:
Ronald Meinardus
Date:
Mail:
Send via mail

END_OF_DOCUMENT_TOKEN_TO_BE_REPLACED
Social media
and networks
Subscribe to our
newsletter