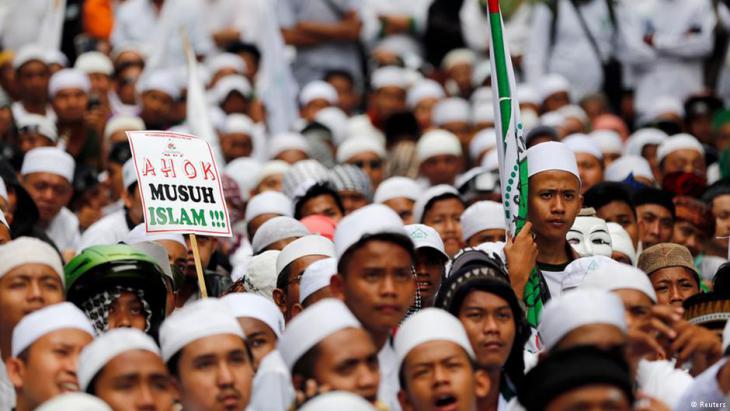 The agents of change

Where is Indonesia heading? With Islamic organisations become increasingly vocal commentators in the public debate about morality and religious minority rights, the concept of citizenship in Indonesia is undergoing a gradual, yet profoundly disturbing transformation. By Chris Chaplin

Islamic organisations have formed an integral part of Indonesia′s social fabric since the early part of the twentieth century. Organisations such as Muhammadiyah and Nahdlatul Ulama are broad social bodies whose activities focus on Islamic propagation, education and welfare. Inevitably, they also play an important role in informing how their members come to synthesise national and religious identities. Their reach across the nation, vast member base and political influence ensure that they have historically been at the heart of national developments.

After the fall of Suharto, a much wider range of Islamic organisations started to gain strength and prominence. They have become vocal commentators on national debates concerning religious minority rights and morality – often eclipsing their larger and more established counterparts in doing so. The recent mass protests against former Jakarta governor Basuki Tjahaja Purnama, popularly known by the name ′Ahok′, made clear that various new groups carrying the banner of Islam have developed a mobilisational capacity of their own. Among them were the Islamic Defenders Front (FPI), Hidayatullah and Hizbut Tahrir Indonesia (HTI).

Another was Wahdah Islamiyah, a community organisation influenced by the Salafists that originates from Makassar, where this research was primarily based. It now has 120 branches and 170 schools throughout Indonesia. Through lectures and intense ′cadre-isation′ programmes, members of Wahdah Islamiyah are taught they must emulate the first three generations of Muslims in every aspect of their lives and ensure society adheres to a strict interpretation of Islamic doctrine. By doing this, they aim not just to change the way Indonesians come to interpret Islam, but also to alter the form and substance of citizenship in Indonesia itself.

Wahdah Islamiyah and organisations like it increasingly argue that the creation of pious individuals and good citizens are not separate. Wahdah Islamiyah encourages its members to take an active role in promoting both social welfare and Islamic education. Cadres believe that following correct Islamic practice requires that they work for the betterment of society. While they emphasise that such a mission implies worldwide dynamics (as they are part of the global ummah), their activism focuses predominantly on the Indonesian nation-state. 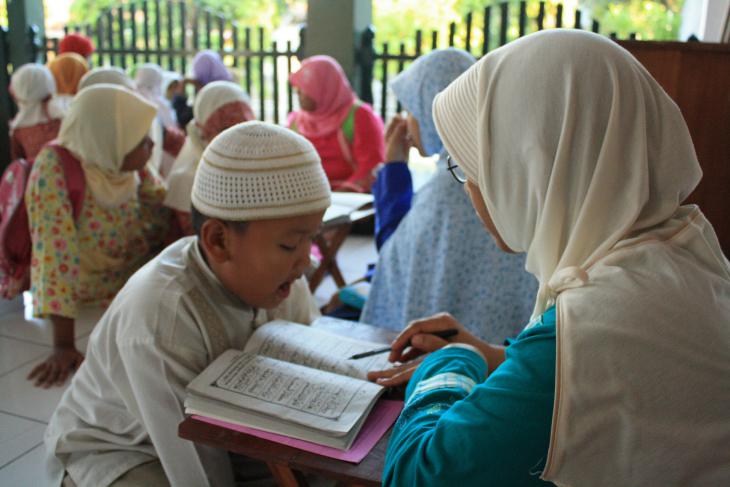 Inculcating the young: cadres believe that following correct Islamic practice requires that they work for the betterment of society. They are required to assist communities through sustained programmes, such as teaching young children about Islam through Taman Pendidikan Al-Quran (Koranic education centres, TPA for short), centred around Makassar

Cadres are encouraged to become ′agents of change′. They are required to assist communities through sustained programmes, such as teaching young children about Islam through Taman Pendidikan Al-Quran (Koranic education centres, TPA for short). These are Islamic classes held at local mosques throughout Makassar. Cadres also act as a pool of volunteers who can be mobilised for Wahdah Islamiyah′s welfare and disaster relief programmes when needed. Indeed, members of Wahdah Islamiyah have previously travelled from South Sulawesi to Aceh and Yogyakarta in order to assist in disaster relief after the 2004 tsunami and the 2006 earthquake.

As part of this effort, Wahdah Islamiyah builds working relationships with local and national government offices. For example, they have signed an agreement with the Ministry of Social Affairs to assist the government with welfare provision in remote villages. They have also signed an agreement with the Ministry for Remote Village Development and Transmigration to launch the ′one village, one preacher′ programme to help solve (as they see it) drug addiction and immorality amongst Indonesia′s youth.

Such work has obvious benefits for Wahdah Islamiyah as it raises its public profile. However, it also plays upon a broader ideological vision of the relationship between Indonesia and Islamic organisations. According to one leading Wahdah Islamiyah member, the government and Islamic organisations must be partners, with the latter playing a vital role in welfare and education on behalf of the former.

This is necessary due to the sheer size of Indonesia. It is also historical – given the role Nahdlatul Ulama and Muhammadiyah have played in previous decades. Accordingly, Wahdah Islamiyah sees little that is new – structurally speaking at least – in the way it engages with the state compared to other Islamic counterparts. Pious Muslims have always acted as good citizens who strengthen the Indonesian nation.

Morality and the private sphere

Yet, Wahdah Islamiyah′s welfare and education programmes provide an avenue through which it disseminates a particular interpretation of Islamic morality and vision of Indonesian citizenship. This vision diverges from those of Muhammadiyah or Nahdlatul Ulama. Wahdah Islamiyah views its cadres as agents who use such activities to promote Islamic principles and their role in everyday life.

An important dimension of this vision is a lack of differentiation between private and public spheres. It is an obvious feature of any religious group to regard every aspect of one′s conduct and thought as having transcendental consequence, but Wahdah Islamiyah challenges liberal interpretations of citizenship that see the private sphere as out of bounds for state regulation. 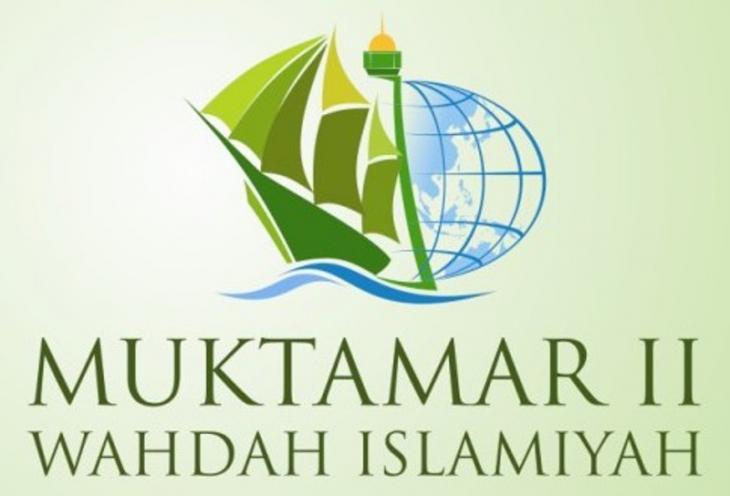 Creeping Salafism: Wahdah Islamiyah′s cadres promote a stratified understanding of citizenship that skews Indonesia′s constitutional recognition of six religions in favour of the Muslim majority. The rights of all other recognised religions remain, in their opinion, guaranteed by the state, but only so far as they do not challenge the hegemony or values of Sunni Islam. Those who fall outside these categories, such as the Shia, Ahmadiyah or LGBT communities, must be restricted – because they threaten the unity and morality of the Indonesian nation as a whole

Wahdah Islamiyah supports efforts to regulate citizen behaviour on grounds that the state needs to uphold the moral character of the Indonesian nation and create a conducive environment in which Muslims can practice their faith without hindrance. The organisation conducts efforts to impose Sharia by-laws that regulate dress and restrict the intermingling of sexes or inter-religious marriage.

Cadres strongly believe that Indonesian authorities need to ensure that public order is upheld and problems such as alcohol consumption, theft and gambling are reduced; that Islam is taught in schools; that all government employees understand Islamic principles and obligations; and that so-called deviant Islamic sects, as well as the LGBT community, are criminalised. Wahdah Islamiyah′s leaders argue that the state must refer to Islamic organisations such as themselves, who would ″provide input to leaders so that Islamic precepts are guarded properly in Indonesia″.

In its teachings and sermons, Wahdah Islamiyah has made repeated reference to the dangers of so-called deviant beliefs such as Ahmadiyah and Shia Islam. For example, in 2008 – after a joint ministerial decree severely circumscribed the rights of Indonesia′s Ahmadi community – Wahdah Islamiyah worked together with the Ministry of Home Affairs to ′socialise′ the dangers of the Ahmadiyah to individuals across Makassar.

Wahdah Islamiyah′s cadres have also been successful in demanding the Makassar city government to prohibit any public commemoration of Ashura, the Shia holiday that remembers the death of Husain ibn Ali, the grandson of the prophet Muhammad. The effect of such demands has been a notable increase in harassment of the Shia community in Makassar as well as public ambivalence, even acceptance of this behaviour, over the past five years.

Wahdah Islamiyah′s social criticism is not limited to Islamic minorities. It extends to non-Muslim Indonesians who, while an accepted part of the country′s diverse population, must be prohibited from entering public office lest they corrupt the Muslim community. Cadres argue that Muslims should receive preferential treatment from the government when it comes to social welfare.

Beyond that, they argue that elected officials and their advisors must have the same aqida (creed) as the Sunni majority. One Makassar-based preacher publicly proclaimed that it was non-Muslim politicians and political aides that had corrupted the current generation of Indonesian Muslim politicians. They had done this through practices like serangan fajar, or ′dawn raids′, where political candidates hand out money to potential voters the morning before an election.

The result of such efforts is that, in effect, Wahdah Islamiyah′s cadres promote a stratified understanding of citizenship that skews Indonesia′s constitutional recognition of six religions in favour of the Muslim majority. The rights of all other recognised religions remain, in their opinion, guaranteed by the state, but only so far as they do not challenge the hegemony or values of Sunni Islam.

The rights of those who fall outside these categories, such as the Shia, Ahmadiyah or LGBT communities, must be restricted – not only on the basis of being religiously ′deviant′, but because they threaten the unity and morality of the Indonesian nation as a whole. It is perhaps ironic that the growing political acceptability of such conservative Islamic activism and the increased presence of religious dictums in public life, has gone hand-in-hand with the expansion of democratic institutions and practices in Indonesia.

The resignation of Suharto provided fertile ground for groups like Wahdah Islamiyah to expand their reach. They have formed relationships with political actors and government departments. Their influence on public debates concerning the confluence between national and religious identities has grown.

These views may only have the support of a minority of Indonesia′s population, but, as shown during the mass demonstrations against Ahok, they have gained considerable traction. This underlines a gradual, but profound, transformation of the concept of citizenship in Indonesia.

Water buffalo and oxen have been part of the work in Indonesian fields for centuries. But the draught animals are no strangers to sport either, as can be seen in two traditional ... END_OF_DOCUMENT_TOKEN_TO_BE_REPLACED

According to the latest Reuters tally, more than 2.54 million people are now reported to have been infected by the novel coronavirus globally and 177,004 have died. As Muslims ... END_OF_DOCUMENT_TOKEN_TO_BE_REPLACED

Around the Islamic world, lockdowns and curfews are being extended and religious ceremonies are being cancelled outright in the hope of slowing the spread of COVID-19. Here’s the ... END_OF_DOCUMENT_TOKEN_TO_BE_REPLACED

While some are beginning to protest the lockdown, others are unable to bury their loved ones in accordance with Islam. Here’s the latest from across the region END_OF_DOCUMENT_TOKEN_TO_BE_REPLACED

Coronavirus continues unabated. Iran remains a hub of infection, war-torn Syria has recorded its first case and Yemen is bracing itself for the worst. Here’s the latest from ... END_OF_DOCUMENT_TOKEN_TO_BE_REPLACED

As COVID-19 sweeps across the globe, it is forcing religions to adapt and take action to prevent infection. But experts warn against using the crisis to fuel conspiracy theories. ... END_OF_DOCUMENT_TOKEN_TO_BE_REPLACED
Date:
Mail:
Send via mail

END_OF_DOCUMENT_TOKEN_TO_BE_REPLACED
Social media
and networks
Subscribe to our
newsletter