For Muslims, Profit Is Not a Dirty Word

Many Muslim economists criticize the dominant western economic systems that are forced upon other cultures. They demand a fundamentally different, Islamic economic system. By Sibylle Pohly-Bergstresser 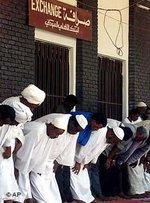 ​​For years, economists at the Ruhr Universität Bochum have been researching economic structures and forms of economic activity that are compatible with the principles of Islam. They were quick to react to the development of an independent economic discipline, "Islamic Economics", which probably developed in what is now Pakistan between the end of World War Two and the partition of the Indian subcontinent.

Since the 1970s, this discipline has been systematically cultivated at international conferences, funded by Saudi capital. While the western world regards economics as a value-free discipline, Islamic Economics is explicitly based upon norms and values derived from the religion itself.

Islamic Economics in a Secular State 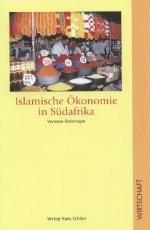 ​​Vanessa Steinmayer has written a dissertation on the subject that is now appearing in book form. She examines the economic activity of Muslims in a secular state – in this case South Africa. The central question is the extent to which their actions are guided by their religion when they live in a secular, non-Muslim state with a capitalist economic system.

The focus of the study is the relationship between Islam and economics. The author covers the gamut from the sources of Islamic law to beliefs and terminology of the "New Political Economy", economic rules in Islam, and the Islamic banking system.

The section on interest – the "rib´a" – is especially worthy of note, as many Muslims consider interest to be the fundamental evil of western economic systems. In turn, this means that the religiously-based proscription against interest is the central pillar of the Islamic economic system.

However, after discussing all the relevant sources and legal opinions – "fatwas" – the author comes to the conclusion that the Islamic proscription against interest is not as clearly defined as proponents of "Islamic Banking" and the "Islamic Economics" school of thought often maintain. In fact, Islamic law does provide clear scope for permitting moderate bank interest.

In her case study of South Africa, the author concludes that most Muslims in this country, primarily of Indian and Malaysian descent, know very little about religiously-inspired business ethics. Their primary goal is to maximize their profits, and in this respect they are no different than non-Muslims.

Separating the Islamic and the Economic Spheres

For Muslim South African businessmen, the rules of conduct which Islamic economists derive from religion are irrelevant. They draw a very sharp distinction between the religious and the economic sphere, even though this kind of distinction would appear to be alien to Islam.

The religious sphere is restricted to purely ritual duties and spiritual exercises, which the businessmen for the most part perform. In addition, business hours are set to accommodate mosque attendance.

The dominant understanding of Islam in South Africa restricts religion primarily to spiritual aspects. Although it is a strictly orthodox version of Islam, the restriction encourages secular action, as religion does not influence and determine all aspects of everyday life.

In her book "Islamic Economy in South Africa", the author introduces readers to complicated and politically interesting material which provides a better understanding of Islam’s many facets.