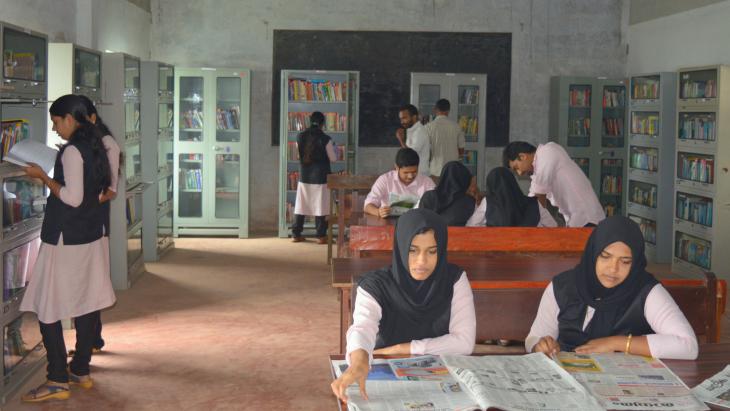 Islamic education in India
All-female madrassas: Of women, by women and for women

A new breed of women-only Islamic seminaries in India are making the rarefied area of higher studies in Islamic theology accessible to girls, while introducing an eclectic blend of traditional religious studies and modern secular education. By Muhammed Nafih Wafy

At the beginning of August, Al Ghaith Wafiyya College – a women-only Islamic seminary in the Indian state of Kerala – conducted a one-of-its kind convocation ceremony for its female graduates who had successfully completed a five-year course in Islamic studies coupled with a Bachelor′s from a recognised secular university. The unique ceremony was exclusively of women, by women and for women, with each and every task from microphone operation through presenting to the valedictory speech being handled by women.

What was unprecedented and groundbreaking about the graduation ceremony was that as many as 111 female graduates received their ′sanad′ – which formally endorses them as Islamic scholars, connecting them with what is believed to be the unbroken tradition of Islamic scholarship beginning with the Prophet Muhammad and entrusting them with its transmission to the next generation. ′Sanad′ is traditionally conferred on male scholars on their completion of Islamic studies from a recognised seminary, formally authorising them to take up teaching and other scholarly responsibilities as well as to officiate at religious events and offer pastoral services.

By offering ′sanad′ to its female graduates, the seminary, run by the predominantly traditional Sunni Muslims in the state, was sending out a strong message: women are reclaiming their rightful place in the enterprise of Islamic scholarship.

Cross-fertilisation between religious and secular studies

The seminary, the brainchild of Abdul Hakeem Faizy, a visionary scholar and a highly enterprising education activist in the state, has not only made Islamic higher studies accessible to girls, but also devised an eclectic blend of traditional Islamic knowledge and modern secular education.

A strong advocate of integrating religious and secular studies, Faizy is the architect of a distinctive curriculum and syllabus, combining traditional and modern Islamic studies and modern education.

His concept is currently being implemented in more than 60 seminaries run by the traditional Muslims in the state, under the auspices of the Co-ordination of Islamic Colleges (CIC), a governing body functioning as a university. They include around 15 all-women seminaries, known as ′Wafiyya′ colleges.

The female graduates are known as ′al Wafiyya′ (loosely translated as the committed women), in line with the traditional and still widely prevalent practice in India of naming religious scholars after the seminaries where they studied and obtained their ′sanad′.

Islamic studies and an appreciation of the modern world

The curriculum at all these seminaries accords top priority to marrying a classical Islamic education with a solid grasp of contemporary science. The aim is to produce religious scholars who are not only equipped with an in-depth knowledge in the various disciplines of Islam, but also with a sophisticated understanding of the scientific, cultural, political and intellectual currents that shape our modern world.

The female graduates who successfully complete their course are well-versed in all traditional and modern areas of Islamic study such as Koran exegesis, Hadith studies, jurisprudence, comparative studies of religions etc. In addition, the seminary makes it mandatory for each student to complete at least a Bachelor′s degree from a recognised university. This enables them to study and understand religious texts from a broader perspective and achieve a cross-fertilisation of what they study and understand.

Sufis today are under attack from fundamentalists and modernists alike. At the same time, a new form of Sufism is emerging in the West. By Marian Brehmer END_OF_DOCUMENT_TOKEN_TO_BE_REPLACED 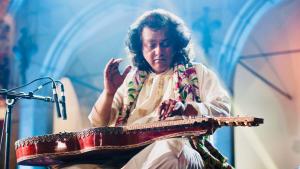 Pandit Debashish Bhattacharya's latest release pays tribute to late virtuoso of the sarod, Ustad Ali Akbar Khan. With both men having been instrumental in bridging the gap between ... END_OF_DOCUMENT_TOKEN_TO_BE_REPLACED

India's ruling political party Bharatiya Janata Party (BJP) is inspired by the ideology of Rashtriya Swayamsevak Sangh (RSS). Its core philosophy revolves around the idea of a ... END_OF_DOCUMENT_TOKEN_TO_BE_REPLACED

Hindu fundamentalist Ashok Sharma has devoted his life to championing the deeds of an Indian "patriot": not revered independence hero Mahatma Gandhi, but the man who shot him dead END_OF_DOCUMENT_TOKEN_TO_BE_REPLACED

END_OF_DOCUMENT_TOKEN_TO_BE_REPLACED
Social media
and networks
Subscribe to our
newsletter