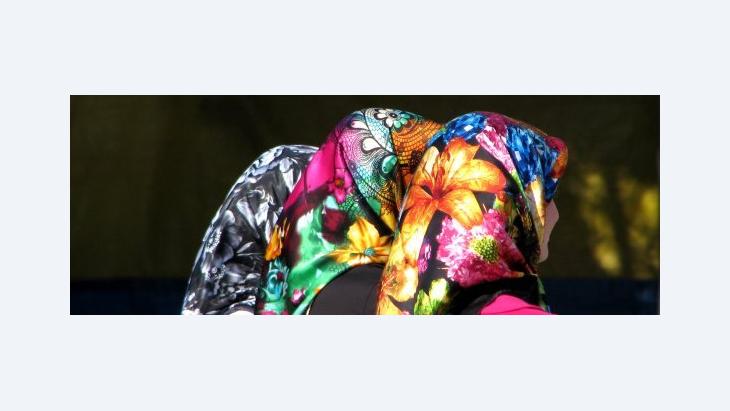 Sport-minded Muslims like to quote the Prophet Mohammad, who said, "Teach your children swimming, archery and horse-riding." As far as the former is concerned, the difficulty is reconciling it with the Quran's instruction to both men and women to dress modestly.

It's a dilemma that Nele Abdallah decided she couldn't ignore. Five years ago, she went on holiday to the Mediterranean. She'd recently converted to Islam, and hadn't given much thought to what that meant in terms of beachwear.

"The sun was shining and everything was wonderful, but it was my first summer holiday with a headscarf, and I just hadn't realized it was going to be a problem," she recalled. "But without suitable swimwear, I couldn't go in the water."

When she returned to Germany she wasted no time partnering with the Australian company Ahiida and set up a mail-order business called Dressed to Swim that sells "burkinis," which cover the body from head to ankle and look a bit like loose, hooded wet suits.

A chance to participate 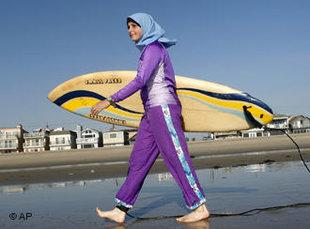 ​​For the time being, burkinis are only allowed in one swimming pool in Berlin, but Nele says her business is thriving. And even if the sight of a woman doing lengths in Sharia-compliant clothing might cause a bit of a splash, she firmly believes that her product gives observant Muslim women an opportunity they might otherwise be denied: to participate in mainstream social activities and come out of the margins to which they are so often confined.

"Do differences in people's attire really count that much?" she asked rhetorically. "Isn't it more important that they are integrated into society? Surely any individual who sticks to the laws is part of society, regardless of what they are wearing."

These days, however, modest dress tends to attract more stares - be it in the swimming pool or the street - than in-your-face provocation.

A fusion of faith and fashion 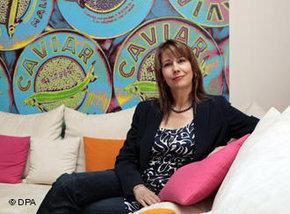 ​​Kristiane Backer shot to fame in the 1990s as a VJ on MTV. Looking good was part of her job and she regularly graced magazine covers all over Europe. In 1995, she converted to Islam and even though she's used to turning heads, she says she does so now for different reasons.

"Every time I try out wearing a headscarf, I get stared at, whether I'm entering a restaurant or boarding a train - and that's in London," said Backer, who is originally from Germany but now lives in the UK.

"For me, that defeats the purpose, which is not to attract attention, hence I reserve the scarf just for my prayers and conservative Muslim societies, whether I'm in London or the Middle East."

She opts instead for a fusion of faith and fashion, which she insists is not a contradiction in terms

"In London all major designer stores cater for the Muslim market, it's good for their business, and they'd be foolish not to," Backer pointed out.

Say hello to the hijabistas

In this respect, Germany is so yesterday, as a fashionista might say - or indeed, a hijabista, as stylish Muslimas like to call themselves. 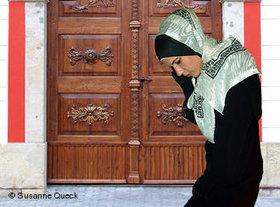 Faith and fashion can be a good match: headscarf by Imzadi Couture

​​Susanne Queck also converted to Islam a few years ago and now runs Imzadi Couture, an online shop specializing in Islamic fashion. She says she founded the business because she saw a gap in the market.

"All the Muslim women I knew were buying their clothes in the UK, France or the US, because there's so much more available there," she said.

But Queck downplays the idea that modest dress might be counterproductive because it draws more attention to the wearer than it deflects.

"In our society it's normal to dress differently," she points out. "You get punks with mohawks, rocker girls in short leather skirts - so covering up is just another type of dress that to me, personally, is a lot less conspicuous than some overweight woman who's squeezed into a tight top."

The success of her business disproves one of the many popular assumptions about Muslim women.

"They're like any other women," explained Queck. "They want to wear clothes that suit their skin color, they want to look attractive for their husbands and they like to follow trends."

Her customers include non-Muslims too. "You don't have to be Muslim to prefer conservative dress," she said.

Dalia Hatuqa is an experienced journalist who has reported on the Israeli-Palestinian conflict from Ramallah, Washington DC and Amman. A writer for Time Magazine, Foreign Affairs ... END_OF_DOCUMENT_TOKEN_TO_BE_REPLACED

Since President Abdul Fattah al-Sisi seized power in Egypt in 2013, he has ruled the country with an iron fist. Civil society, opposition and free press struggle to survive. Tens ... END_OF_DOCUMENT_TOKEN_TO_BE_REPLACED

Very different Western reactions to the suffering in Ukraine and the Arab world show that there is a profound rift among cultures. Essay by Michael Young END_OF_DOCUMENT_TOKEN_TO_BE_REPLACED

Many Turks are dissatisfied with the international status of their country. At the same time, opinion polls reveal great scepticism among the Turkish population towards the USA. ... END_OF_DOCUMENT_TOKEN_TO_BE_REPLACED

Since Spain abandoned its traditional neutrality towards the conflict in Western Sahara, Morocco has announced a "new phase" in relations between the two countries. But what is ... END_OF_DOCUMENT_TOKEN_TO_BE_REPLACED

Tunisia's president has been carrying out a coup by degrees, demolishing the country's hard-fought democratic gains bit by bit. With an economy in turmoil and a splintered ... END_OF_DOCUMENT_TOKEN_TO_BE_REPLACED
Author:
Jane Paulick
Date:
Mail:
Send via mail

END_OF_DOCUMENT_TOKEN_TO_BE_REPLACED
Social media
and networks
Subscribe to our
newsletter