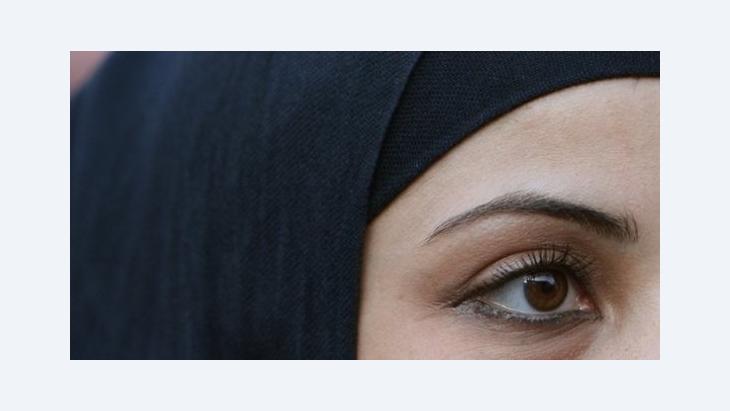 Islamic Feminism and Reformist Islam
Against the Politicisation of the Koran

Muslim feminists such as Amina Wadud use the Koran to argue in favour of women's rights and against the patriarchal system. But unfortunately, as Nimet Seker writes, some feminists are falling into the apologist trap and running the risk of politically exploiting Islam

Islamic feminism – does such a thing really exist? At first glance, Islam and feminism appear to be two contradictory approaches. But despite this, a globally active feminist movement has developed within the Islamic faith.

From the US and Europe to Indonesia, annual international conferences are taking place, and NGOs are working for women's rights on the basis of Islamic law. An Islamic feminist movement has even taken root in countries such as Iran and Saudi Arabia.

Feminist activists and theologians are sought-after advisors at international level. One of the most high profile of these is Amina Wadud. She talks about a "gender jihad" – the battle for gender equality – and says that Islam actually aims to overcome the patriarchal system, not strengthen it. She claims that the Koran provides her with convincing arguments to support her views.

In harmony with modern values 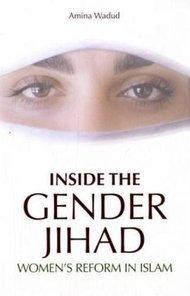 Amina Wadud, one of the most famous women's rights activists in Islam, writes in her book about the battle for gender equality

​​Islamic feminism is an attempt to harmonise Islamic principles with modern values such as human rights and the equality of the sexes. Nothing else appears to function more effectively against fundamentalism and dogmatism. After all, it is a way of attacking the enemy with its own weapon.

At the same time, it takes the wind out of the clash-of-civilisations apologists' sails, by showing that the Koran affords rights to women – in an era predating that of Europe and the Modern Age! The Prophet treated women with respect and should be regarded as an exemplary figure in gender relations. This is an approach that gives Islamic feminism an appealing sheen. But some caution is advised – after all, are we not glossing over quite a few problematic areas here?

What about the patriarchal historical context in which the Koran was revealed to the Prophet Mohammed? The feminists argue that the ethical principle of equality in the Koran annuls particular patriarchal rules, such as the right of a man to have four wives. Who determines, and according to what criteria, where and how these universal ethical principles of the Koran are to be applied? This is a problem of textual interpretation.

In my view, the socio-political aspirations of Islamic feminism are more problematic. This is because these aspirations arose in response to political Islam, thereby creating tension between political activism and theology. In the most extreme cases, they give rise to apologist positions in theology.

A form of modern reformist Islam

Feminist Islam is a form of modern reformist Islam, which takes Islamism as a starting point and lends it the authority of an Islam adhered to by the majority. Ultimately, it is also about the prerogative of interpretation, a privilege that is being granted to Islamism more than it is being denied. 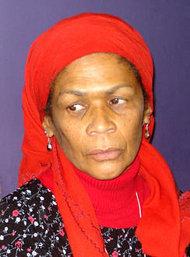 When Amina Wadud became the first woman to lead Friday prayers in New York in 2005, there were outraged protests from conservative Muslims

​​This gives political Islam greater power in the everyday lives of the faithful than it actually possesses. It also bolsters political Islam's claim on the truth. This is a dangerous development, because it amounts to a politicisation of theology.

For sure, from a theological perspective in particular, if one wants to offer a credible retort to modern Islamism, one must engage with its standpoints. But in doing so, one must not ignore the approaches of classical scholars – representing as they do a tradition of Islamic theology stretching back over more than one thousand years.

The biggest error of reformist thinkers is to perceive political Islam as traditionalist. That very same political Islam is in fact breaking with classical scholarship and tradition because it believes that the modern age demands radical new approaches. Salafiyyah also started life as a reformist movement that breaks radically with Muslim tradition. As we see, however, it has developed in a direction that we would define as anti-modernist and dogmatic.

Ultimately, Islamic feminism as a way of fighting social problems with religious remedies is also an attempt to islamise the secular. Progressive thinkers such as the feminist Amina Wadud must recognise this. But social and political problems cannot be addressed with religion alone.

Nouara may be 65, but she is ready to join thousands of others who burn their ID and pay traffickers for the chance of a new life in Europe. Zineb Bettayeb reports END_OF_DOCUMENT_TOKEN_TO_BE_REPLACED

Education for girls and women is still possible in Afghanistan, says Reinhard Eroes of the Kinderhilfe Afghanistan initiative. In interview with Elisa Rheinheimer, he talks about ... END_OF_DOCUMENT_TOKEN_TO_BE_REPLACED

Locals in the Middle East have said European critics are showing bias and hypocrisy when they condemn Qatar. Observers agree that Qatar has had to deal with more criticism than ... END_OF_DOCUMENT_TOKEN_TO_BE_REPLACED

In Doha, Arabs from Morocco, Tunisia, Egypt and Algeria are gathering to celebrate the first ever FIFA World Cup to be held on Arab soil. The criticism from Europe? Over the top, ... END_OF_DOCUMENT_TOKEN_TO_BE_REPLACED

Canan Topcu came from Turkey to Germany as a child. In her essay, she describes how bothered she was by the racism she encountered in her country of origin when she travelled ... END_OF_DOCUMENT_TOKEN_TO_BE_REPLACED
Author:
Nimet Seker
Date:
Mail:
Send via mail

END_OF_DOCUMENT_TOKEN_TO_BE_REPLACED
Social media
and networks
Subscribe to our
newsletter