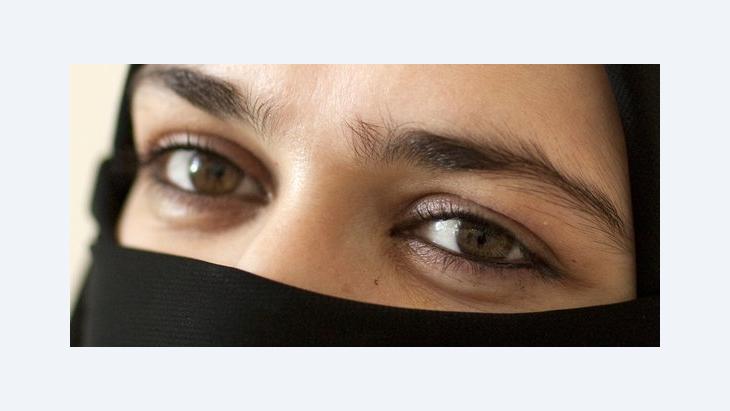 ﻿Iranian experts and women's rights activists are currently engaged in a lively discussion about how gender equality and justice can be achieved in an Islamic context. Lanny Octavia of the Liberal Islam Network describes the positions of some of the most prominent figures in the debate

Both within and outside the Muslim world, the issue of feminism in Islam is much discussed and little understood. On the one hand, most of the Western media assume that "Muslim feminism" must be an oxymoron, since they see Islam itself as the major reason for the plight of Muslim and Middle Eastern women. Indeed, the administration of the last US president, George W. Bush, partly justified the US invasion of Afghanistan with the argument that it would liberate Afghan women from the grip of the Taliban.

On the other hand, many Muslims are sceptical about Islamic feminism, as they see it as another aspect of the Western assault on their cultural and religious traditions, so that they consider Islamic feminists to be traitors.

In the Islamic Republic of Iran, the conflict between secular and religious women's groups has exacerbated the controversy over Islamic feminism. Iran underwent a radical shift from being a secular monarchy towards becoming a Shiite Islamic theocracy. Since the Islamic revolution in 1979, Iran has established rule by a clerical caste (velayat-e faghih) whose authority over the social, political and religious life of the country is absolute. It has enforced a kind of fundamentalist Islamism in both theory and practice. 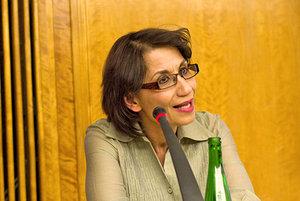 Bearing in mind the current situation in Iran, Ziba-Mir Hosseini believes it is only possible to achieve a change in the relations between the sexes from within – and then only if there is a willingness to deal with Muslim texts and the Muslim legal tradition

​​This has led to extreme polarisation among Iranian scholars and activists as to the appropriate method and strategy for achieving gender equality and justice in the context of the Islamic Republic.

One of the most prominent Iranian scholars of Islamic feminism is Ziba Mir-Hosseini currently based in Britain. In addition to the monolithic interpretation of Islam of the authorities, she sees the conflation between sharia (the sacred and immutable divine will) and fiqh (the jurisprudence extracted by humans from Islamic sources) as the source of tension between an egalitarian vision of Islam and the patriarchal context of the Islamic revelation. Far from being a way of realizing justice, the so-called sharia in practice only revolves around the application of gender-biased policies on criminal and family law as well as on dress codes.

In this regard, Mir-Hosseini argues that a new approach – feminist in aspiration and demand and yet Islamic in its language and sources of legitimacy – could develop a gender discourse that meets women's aspiration for equality. But due to the current reality in which Islamists hold the power of definition in the political and gender discourse in Iran, only those who are prepared to engage with Islam's sacred texts and its legal tradition can bring change from within. But as well as Islamic scholarship, Islamic feminists also need socio-cultural analytical tools in order to formulate their reformist gender discourse.

At the same time, another Iranian gender issues expert, Shahrzad Mojab, now based in Canada, sees Islamic feminism as counterproductive. She argues that it only justifies the traditional patriarchal system and the unequal gender relations imposed by Islamist authority. For feminist interpretations of religious texts to be allowed to lead to reform of the law, she argues, it would require the radical revision or the complete rejection of its theological basis, to which neither of the two parties would consent. 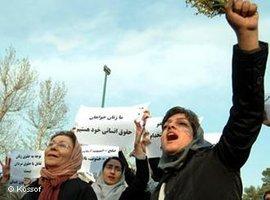 The conflict between secular and religious women's groups has exacerbated the controversy over Islamic feminism in Iran, ever since the country went through the radical shift from being a secular monarchy to becoming a Shiite theocracy

​​Further, she criticises the reluctance of Islamic feminists to move towards the democratisation of gender relations based on the total separation of state and religion.

Although her criticism is partly justified, it has to be remembered that the process of democratisation opens up space for dissent, so that the Islamist voice must also be included in any democratic debate. Furthermore, while secularism is theoretically an ideal system which ensures equality regardless of gender and religious affiliation, in practice it may be hostile toward the rights of women to observe their faith and pursue their education. In Turkey, for example, women who choose to wear a headscarf find themselves excluded from further education.

What it comes down to, though, is a debate as to whether or not it is at all possible to improve the position of women within an Islamic framework – and secular and Islamic feminists are on either side of this debate. Islamic feminists try to challenge the misogynist Islamic doctrines that underlie discriminatory attitudes and policies through feminist ijtihad (independent reasoning) and religious interpretations which are friendly to the rights of women, and this approach has indeed led to significant improvements in women's rights.

Meanwhile, secular feminists see Islamic feminists as apologists for the Islamic authorities. They consider that the progress they have made on the legal front is exaggerated, and has merely diverted public attention from the destructive effect of Islamisation, and impeded efforts to introduce secularisation.

In other words, Islamic feminists try to transform the terms of the gender debate by working and strategising within the system that marginalizes them, while the secularists seek a radical transformation by replacing discriminatory religious authority and legislation with secular equivalents.

The Iranian-American feminist scholar Valentine Moghadam considers that critics of Islamic feminism essentially deny women's agency by refusing to recognise their achievements under a restrictive regime. The secularists thus see feminism merely as a privilege of the West, and they reject the idea of a global feminism which may emerge in other contexts.

To support her argument, Moghadam highlights the important role played by Islamic feminist publications in expanding gender consciousness among the public, and she also points to their success in bringing about legislation which benefits women in work, education, marriage, divorce and custody.

The reality is that most Islamic feminists combine their religious interpretation with recognition of universal standards such as those of the Convention on the Elimination of All Forms of Discrimination against Women (CEDAW). They do not restrict themselves to mere theological argument, but expand their focus to include socioeconomic and political issues. However, says Moghadam, major change will not result from the Islamic reform project alone, since it requires the contribution of nonreligious scholars and activists to succeed.

In an ideal world, secularism – requiring the state to protect the rights of all citizens irrespective of gender, religion, ethnicity and class – would be the best system to guarantee equality and justice in any country. However, given the current social, religious and political realities of the contemporary Muslim world, Islamic feminism is probably the most realistic approach to gender reform. Not only is it a strategic method to acquire religious legitimacy with Islamist decision makers, it also minimises public resistance and broadens the support base for women's rights in Muslim societies. 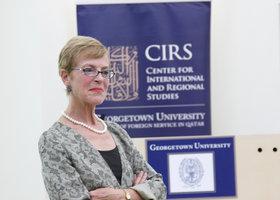 Miriam Cooke, professor of modern Arab literature and culture at Duke University, sees feminism as an intercultural prism which helps people to become aware of the fact that social and political change can only be brought about by active involvement

​​Islamic feminism will not seem like a contradiction in terms if one sees feminism in both theory and practice as a way of countering social and gender inequalities, since that is also what Islamic feminism is all about. As Miriam Cooke, professor for modern Arab literature and culture at Duke University and a champion of Islamic feminism, has put it, feminism can be defined as a combination of three elements: the awareness that something is wrong in how women expect to be treated, the rejection of that expectation, and activism to bring about change.

Islamic feminists do not only criticise discriminatory discourses and practices imposed on women in the name of Islam, they also draw up measures to change them, using the same idiom and framework. Indeed, the voice of Islamic feminism may threaten the dominant discourse of the Islamic regime, because it strategically uses the regime's own Islamic terms against it. In this way, Islamic feminists can challenge and deconstruct misogynist interpretation of authoritative texts while defending their religious and national communities, and thus undermining accusations of cultural betrayal.

In Iran, Islamic feminism serves as a moderate alternative both to the current Islamist regime's gender politics as well as to the gender initiatives of the previous secular regime, which were met with fierce ideological and physical resistance.

As the country with the largest Muslim population, albeit secular, Indonesia also faces a great challenge from growing religious conservatism. The same political reforms which have brought democracy and freedom to Indonesia have also brought demands for the imposition of Muslim forms, in which sharia-inspired laws which would discriminate against women are proposed both in the national and in local parliaments. This reality brings secular and Islamic feminists together to criticise and monitor developments.

Sometimes they win – for example, when they successfully pushed for a law making domestic violence a crime. Sometimes they lose – as when they failed to prevent an anti-pornography bill which criminalises women's sexuality and behaviour. Nevertheless, such collaboration proves that differing ways of achieving equality and justice should not be seen as contradictory, but as complementary strategies for gender reform.

END_OF_DOCUMENT_TOKEN_TO_BE_REPLACED
Social media
and networks
Subscribe to our
newsletter