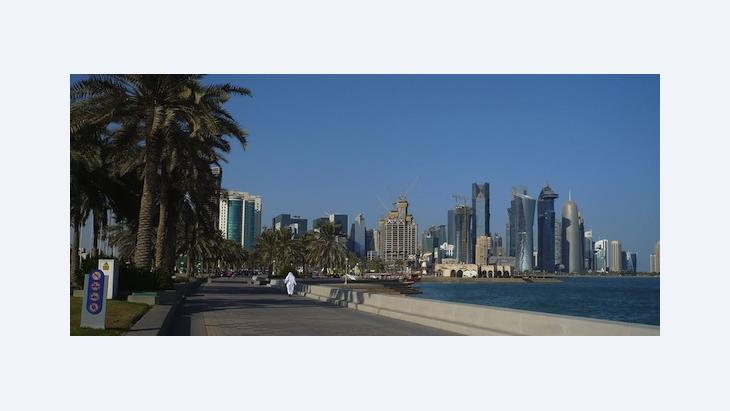 The small emirate of Qatar is extremely ambitious – and wants to position itself as a motor for the region, also in the field of jurisprudence. Laura Overmeyer spoke to the German legal expert Günter Frankenberg, who is aiming to set up an innovative legal research institute in Doha

﻿Herr Frankenberg, please tell us a little bit about your project in Doha.

Dr. Günter Frankenberg: The aim of the project is to set up a legal research institute in Doha. As a member of an international team of experts, I've been working since the beginning of August on the development of a proposal that we recently presented to the government of Qatar, our client.

We are proposing to set up three major fields of research: "Global Law and Policy", "Comparative Law" and "Arab and Islamic Legal Tradition". The institute is primarily aimed at serving research and advanced training, which differentiates it from a Law School offering basic legal qualifications. There would however also be the possibility of obtaining doctoral and perhaps masters' degrees there.

What are the aims of this research institute?

Frankenberg: The project is primarily aimed at young people from the Arab region working in legal or political professions. In the research field "Law and Governance" in particular, young politicians would be prepared for the difficult legal projects facing them in the near future, such as legislation in Arab states. 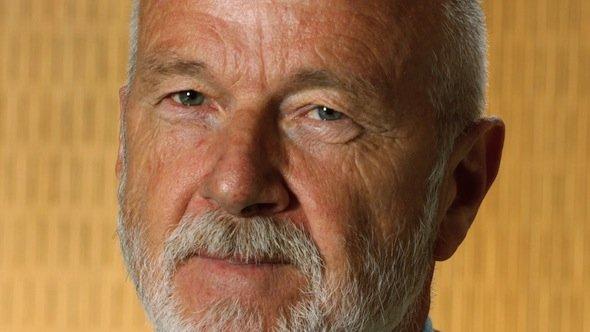 Günter Frankenberg: "Qatar is certainly keen to assume a leading role in the Middle East and North Africa and wants – not just in the political sphere – to mark itself out as a modern nation"

Generally speaking, conditions for students, post graduates and young academics would be very favourable, because they would not have the funds to cover travel costs, living expenses or tuition fees.

A subject of paramount concern in the transitional states of the Arab world right now is the process of drawing up a constitution, an issue decisive for their rights and political participation. The drafting of Egypt's constitution has recently triggered a spate of protests. Do you think an international research institute such as this in Doha could be useful in devoting scope and expertise to this issue? 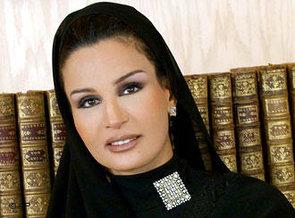 Aiming to put Qatar on the education world map: Sheikha Mozah bint Nasser Al Missned is the second of the three wives of Sheikh Al Thani, Emir of Qatar

​​We've seen a variety of models thus far. The most effective model – and I say this with caution – is probably the one that's in place in Tunisia, where the people were able, through public protest, to secure the election of a constitutional assembly currently working on the drafting of a new Tunisian constitution. The highly problematic procedure in Egypt, in view of the composition of the constitutional commission and the process as whole, appears to be backfiring at present, with no prospect of a settlement.

If the Doha project is realised, it is conceivable that at some point in the future, judges, politicians and representatives of civil society would be schooled in the highly complex business of drawing up a constitution.

In recent years, Qatar has made a great effort to consolidate its international ties and establish itself as a regional power. Do you see a connection between such endeavours and the commission to form a progressive research institute of this nature?

Frankenberg: Qatar is certainly keen to assume a leading role in the Middle East and North Africa and wants – not just in the political sphere – to mark itself out as a modern nation. It is certainly hoping to gain advantages through this modernisation drive on an educational level, as regards both influence and status, as well as international reputation.

I don't know if there's anything else to it. What I do know is that one of the people providing key impetus for this project was Sheikha Moza. She's a highly educated woman and appears to be interested in putting Qatar on the education world map up there with the likes of Harvard, Princeton, Berlin's Institute for Advanced Study and the SciencesPo in Paris.

The project hasn't yet secured the blessing of the Qatari leadership. When are expecting to get the green light?

Frankenberg: The team is actually on tenterhooks at the moment, because the future of the project continues to hang in the balance. It appears as though some people are getting cold feet at the scale, expense and the organisational difficulties outlined in the proposal. We've presented them with a relatively ambitious proposal, but one that does include alternatives as regards scale. If the project was going to be realised in its current state, operating costs would amount to some 50 million Euros a year – a sum Qatar could actually afford.

Initially, the plan was to be opening the institute in September 2013 – but I don't think we're going to be meeting that schedule now. Not that the project is going to be put on ice. I think we can probably expect a decision by March 2013 at the latest: Then the proposal will either be presented to the public – in revised form, or not – or it'll be abandoned altogether.

In Doha, Arabs from Morocco, Tunisia, Egypt and Algeria are gathering to celebrate the first ever FIFA World Cup to be held on Arab soil. The criticism from Europe? Over the top, ... END_OF_DOCUMENT_TOKEN_TO_BE_REPLACED

November 2022 sees the Arab world firmly in the spotlight with the COP27 in Egypt and the FIFA World Cup in Qatar. Public trust in MENA governments is weak, thanks to their ... END_OF_DOCUMENT_TOKEN_TO_BE_REPLACED

Palme d’Or winner "Boy from Heaven" is a classic crossover film in which cultural elements are mixed together in haphazard and random fashion. Shady Lewis Botros bemoans the ... END_OF_DOCUMENT_TOKEN_TO_BE_REPLACED

COP27 in Sharm el-Sheikh is turning into a PR disaster for Egypt’s military regime. Instead of praise for the host, the news is full of solidarity for imprisoned activist Alaa ... END_OF_DOCUMENT_TOKEN_TO_BE_REPLACED

END_OF_DOCUMENT_TOKEN_TO_BE_REPLACED
Social media
and networks
Subscribe to our
newsletter