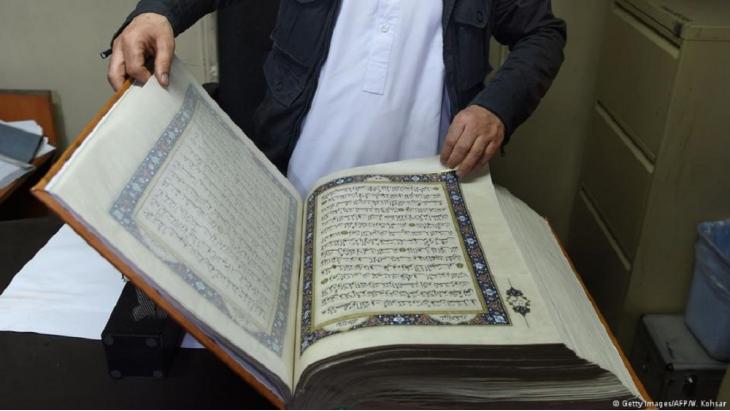 Islamic law in Afghanistan
Sharia – nightmare or ticket to salvation?

The Taliban, Islamic State, al-Qaida – for most Muslims their understanding of sharia is a nightmare. But what is sharia law really? Answers by Mathias Rohe

In the Koran, the term sharia means something like "the way (paved by God)", "the way to the source". The term "sharia" encompasses the entire Islamic doctrine of norms. This has developed over 1,400 years – in diverse writings by scholars and institutions, and increasingly in the form of state regulations.

Sharia includes provisions on fundamental beliefs and religious practices, such as prayer rituals, dietary and dress codes, as well as legislation. It also includes aspects of religious ethics – for instance, how to treat the needy and the world around us. At its core, sharia is a very complex, sophisticated, yet flexible system of establishing and interpreting norms.

Due to the denominational split between Sunnis and Shias, as well as differences within the denominations themselves, various schools have emerged that differ considerably in their understanding of sharia. On the one hand, this creates uncertainty, but on the other, it allows for diversity of opinion. In a good tradition, scholars attempt – to the best of their ability and in all humility – to glean the right knowledge, without laying claim to exclusivity. In other words, they recognise the validity of each other's interpretations.

The insistence by extremists of all kinds, past and present, that they are the only ones to have recognised the divine truth points to a lack of education and excessive hubris. Often enough, extremists instrumentalise sharia for very superficial political purposes. Prominent examples can be found in the current religious dictatorships of Iran and Saudi Arabia.

Does anyone have interpretative sovereignty?

Sharia also draws a distinction between religion (the relationship between God and man in the afterlife) and law (the rules of human co-existence in this world). The religious components of sharia are often regarded as immutable, but they also require interpretation. For example, while the Koran's very vaguely formulated rules on women's clothing are interpreted as protective regulations against assault, there is now a debate about whether such protection may not also be provided by education and self-confident behaviour. 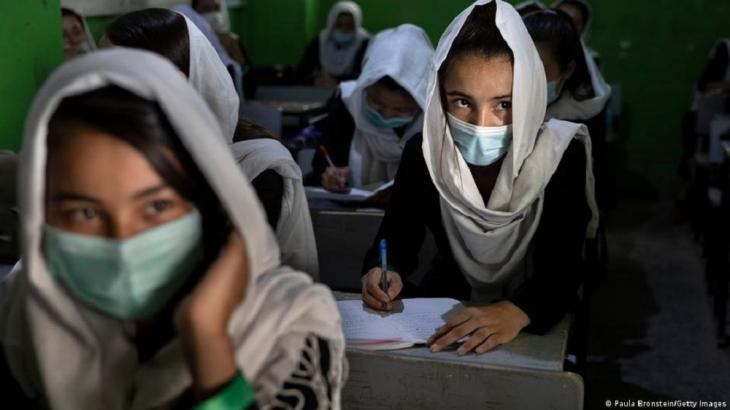 Women's rights "within the framework of sharia": At a press conference in Kabul on 17 August 2021, Taliban spokesman Zabihullah Mujahid tried to reassure Afghan civilians and the international community about the new government's stance on human rights, including the rights of women and girls. Women in Afghanistan have the right to participate in education and health care, among other things, he said. "The Islamic Emirate is committed to women's rights within the framework of sharia law. Our sisters and our men have the same rights; they will be able to benefit from their rights. ... [T]here will be no discrimination against women, at least not within the framework we have." However, many Afghan women do not believe the announcements and vague formulations

Legal provisions are deemed modifiable – depending on the time, place and persons involved. Provisions in certain areas, such as contract, marriage, family and inheritance law, are comparatively detailed, with a wide variety of interpretations. Others, such as constitutional law or criminal law, remain very vague.

Since the 19th century, the legal components of sharia have been largely transformed into laws implemented by new state institutions. In the process, the colonial subjugation of many Muslim-majority countries had a massive impact. Draconian corporal punishments were abolished in many places without much controversy. On the other hand, colonial powers introduced punitive regulations for same-sex relationships for the first time – so much for Europe's civilising mission. The internal development of sharia law was thus hindered by ignorant foreign rule. As a result, reformers have been defamed ever since for 'collaborating with the West'.

Nevertheless, the 20th century saw extensive reforms in many Muslim-majority countries, especially in favour of women's rights, improving the position of religious minorities and adapting to economic and social change.

The range of possible interpretations is shown, for example, by the fact that Tunisia makes polygamous marriage a punishable offence, while polygamy is still permissible in other countries (in some cases to a very limited extent) – while both cases claim to be founded in sharia.

Many regarded the abolition of the caliphate as an act of liberation. These days, democracy is considered by many Muslims to be an adequate form of rule, even as regards Islam. Interestingly, the commitment of Muslim Germans to democracy and the functioning of the democratic system is much stronger than that of the German population as a whole. At the same time, a larger proportion of German Muslims consider themselves to be religious than the population as a whole.

For several decades, however, there has been a growing trend in the opposite direction. Since the 1970s, with the rise of the extremely intolerant Saudi Arabian Wahhabism and the Iranian revolution, extremists worldwide have preached a repressive version of sharia. Reforms have been rolled back, and traditional, patriarchal family and inheritance laws have been used as identity markers against alleged Westernisation. Non-Muslims and other Muslims, such as mystics or the secular, are defamed. Above all, however, women's rights are curtailed. 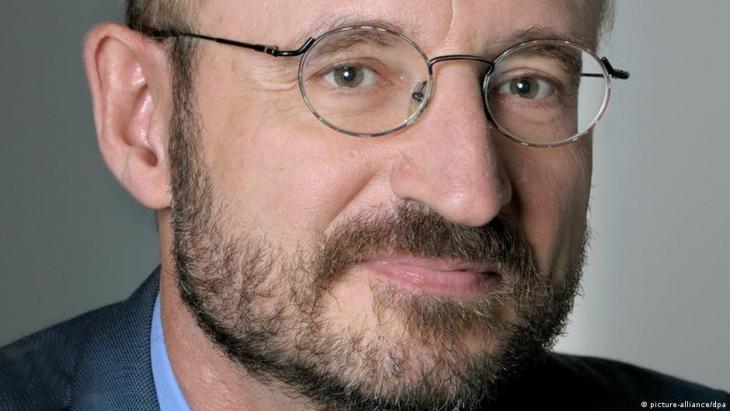 There is sharia, and there is sharia: "Sharia is neither a nightmare nor a ticket to salvation. It does refer to divinely ordained norms, but these are open to interpretation and in need of interpretation to such an extent that, ultimately, they are simply the work of man," contends Mathias Rohe, professor of law at the University of Erlangen and director of the Centre for Islam and Law in Europe

In some places, unholy alliances have formed between extremists and traditionalists. This is also due to the fact that studying Islamic law is often considered unattractive, so that key positions often end up being held by traditionalist representatives with limited intellectual scope. Moreover, there is often a blending of Islam and regional common law. On the one hand, for instance, the Taliban's terror regime is based on crude hybrids of Pashtun customary law, which severely disenfranchises women, and, on the other, on traditionalist and intellectually unsophisticated interpretations of sharia law. Ultimately, it is about the repressive exercise of power.

In view of all this, sharia is neither a nightmare nor a ticket to salvation. It does refer to divinely ordained norms, but these are open to interpretation and in need of interpretation to such an extent that, ultimately, they are simply the work of man.

Depending on the preconceptions of the interpreter, sharia can either be a religious-ethical guideline and a system of norms that is in line with today's human rights concepts – or the exact opposite. It therefore depends on people and their attitudes.

In contrast to many repressive states with a Muslim majority, discussions in Europe can take place freely and detached from political claims to power. Among Muslims in the "West", there is much debate about what sharia means for them in concrete terms.

Some try to adhere to traditional norms within the framework of the laws in force in their countries. Others interpret sharia as an ethical guideline without any legal claim to validity; "eco-Islam" and "educational jihad" are discussed, and in Germany a sophisticated Islamic education system is emerging. Such developments could provide impulses for other regions of the world.

Professor Mathias Rohe studied law and Islamic studies in Tubingen and Damascus. He is professor at the FAU Erlangen-Nuremberg and founding director of the Erlangen Centre for Islam and Law in Europe, board member of the Society for Arab and Islamic Law, and has numerous publications on Islamic law and Islam in Europe.

Very different Western reactions to the suffering in Ukraine and the Arab world show that there is a profound rift among cultures. Essay by Michael Young END_OF_DOCUMENT_TOKEN_TO_BE_REPLACED

The documentary "Nadia" tells the incredible story of Nadia Nadim, who was forced to flee from the Taliban as a child and became a football star. By Annabelle Steffes-Halmer END_OF_DOCUMENT_TOKEN_TO_BE_REPLACED

Three award-winning female directors appeal to the international film industry to save Afghan cinema. Supporting women filmmakers is more important than ever. By Christine Lehnen END_OF_DOCUMENT_TOKEN_TO_BE_REPLACED

Russia's ranking on the World Press Freedom Index has fallen again over the Kremlin's wartime censorship of the Ukraine conflict. From Myanmar to Mexico, journalists continue to ... END_OF_DOCUMENT_TOKEN_TO_BE_REPLACED

Ideally, those Europeans currently welcoming Ukrainian refugees would show the same sympathy to Syrians, Afghans and others fleeing war beyond the continent. But, argues Ian ... END_OF_DOCUMENT_TOKEN_TO_BE_REPLACED

END_OF_DOCUMENT_TOKEN_TO_BE_REPLACED
Social media
and networks
Subscribe to our
newsletter