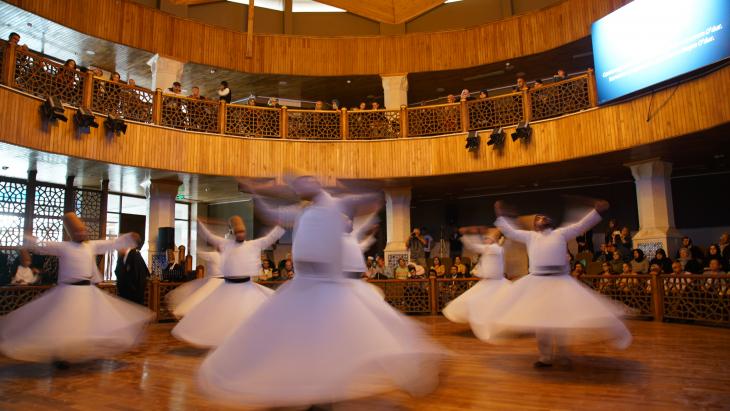 To understand Islamic mysticism, we must first clear up a number of misconceptions, as Marian Brehmer writes in his essay – part 1 of a new series on Sufism

A disciple once asked his Sufi master what actually makes someone a Sufi. The master replied: "A Sufi does not ask who is a Sufi." It has never been easy to define Sufism. There seems to be no agreement, even among experts, about who the Sufis actually are: are they a faith group within Islam? Or should the Sufis be regarded as separate from Muslims? Do the Sufis practice the spiritual core of Islam or have they turned away from the religion's doctrines?

Those who delve deeper into these questions and into Sufist currents from Morocco to Malaysia will soon discover that even categorising tasawwuf as an -ism is misleading, because it suggests a more or less rigid ideological system with clearly defined doctrines and beliefs – see terms such as Marxism or socialism.

Sufism is not alone in having an elusive religious status. A similar fate befell the diverse spiritual traditions of India, which became subsumed under a monolithic religion labelled "Hinduism" that does not actually exist in that form.

In fact, the word "Sufism" first appeared in the writings of Western Orientalists who set out to investigate non-Christian religions. This scientific spirit was overshadowed by Europe's imperialist project and thus focused on the question: how can we better dominate the peoples we have conquered by exploiting their weaknesses? 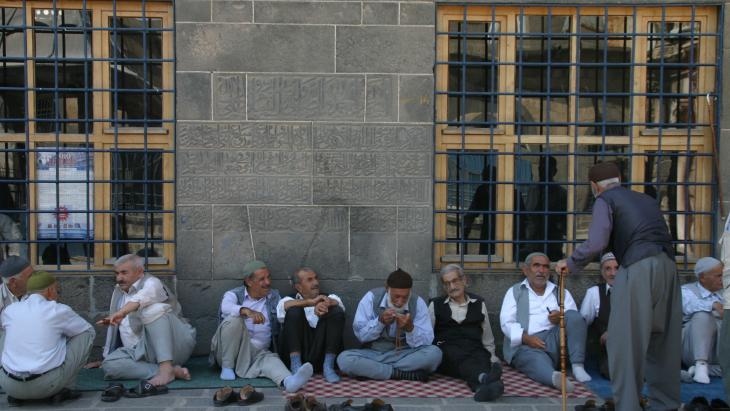 What is Sufism? "Sufism is the deep archaeology of the Islamic religion," says Turkish Islamic scholar and Sufi researcher Mahmud Erol Kilic. It is the endeavour by the Sufis to comprehend, internalise and actively live out the core of the Islamic tradition. For this purpose, the mystics use the metaphor of the walnut: the external rituals and precepts of the religion are like a shell protecting the nut inside, but the shell in turn derives its existence from the nut kernel. In other words: those who cling only to the shell and do not penetrate down to the inner core are missing the point

In places where the colonial powers were especially confronted with resistance movements of a Sufi nature, a better understanding of the enemy was required – for example in the case of the Algerian Sufi master and freedom fighter Emir Abdelkader in the resistance against the French colonisers, or in the Mahdi uprising against British-Egyptian rule in Sudan in the late nineteenth century.

At the same time, European travellers during the colonial era brought back reports of exotic Sufi groups they had observed on the borders of Europe. Images of the strange howling Ri'fai Sufis of Anatolia or the whirling dervishes in Istanbul's Galata Mevlevihanesi soon fuelled European fantasies of the Orient.

"The deep archaeology of Islam"

How do we get beyond all these European projections to understand Sufism from the inside? "Sufism is the deep archaeology of the Islamic religion," says the Turkish Islamic scholar and Sufi researcher Mahmud Erol Kilic.

It is the endeavour by the Sufis to comprehend, internalise and actively live out the core of the Islamic tradition. For this purpose, the mystics use the metaphor of the walnut: the external rituals and precepts of the religion are like a shell protecting the nut inside, but the shell in turn derives its existence from the nut kernel. In other words: those who cling only to the shell and do not penetrate down to the inner core are missing the point.

Thus Sufis place priority on the inner truths, but without neglecting the outer order. All Sufi practices are ultimately meant to serve the goal of coming closer to the God within. A famous hadith states: "Whoever knows himself, knows his Lord."

For Sufis, the spiritual roots of their tradition lie with the Prophet Muhammad himself. One might say that he was – in his role as spiritual guide – the first Sufi. Except that, at that time, it was not necessary to give a separate name to the inner tradition of Islam, as it was the only tradition that existed. Not unlike the early Christians around Jesus, the sahaba formed the first Islamic community, a kind of prototypical Sufi order. 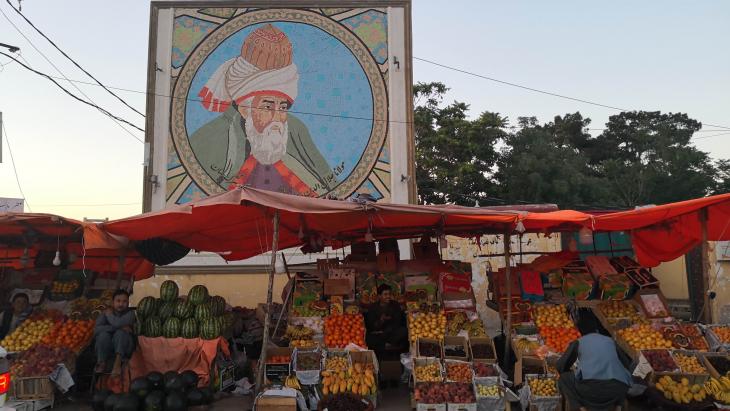 Muhammad's death was followed by dilution, abuse, power plays, and schisms – as happen over time in all religions and spiritual movements – leading to a distancing from the spiritual message and practice of Islam. Those who wished to focus on the inner dimension of Islam were over time given the name "Sufi" to distinguish them from other movements. The word "Sufi" comes from the Arabic suf (wool), because the first Islamic ascetics wore woollen robes.

The history of Jews and Muslims is far more entangled than you might imagine – but you have to listen out for it. In "Recording History", Christopher Silver takes us on a sonic ... END_OF_DOCUMENT_TOKEN_TO_BE_REPLACED

Welcome to the world of Al Qasar, where Arabic music collides head-on with punk and psychedelic to create something powerful and beautiful. "Who Are We" is a raucous, subversive ... END_OF_DOCUMENT_TOKEN_TO_BE_REPLACED

The southern shores of the Mediterranean Sea are losing sand faster than almost anywhere else. The ecological and economic damage is immense. The good news is, there are ways to ... END_OF_DOCUMENT_TOKEN_TO_BE_REPLACED

Since Spain reversed its position on Western Sahara in favour of Morocco’s autonomy plan, Algeria has suspended its long-standing friendship treaty with Madrid. The diplomatic ... END_OF_DOCUMENT_TOKEN_TO_BE_REPLACED

It is possible to write about the Holocaust and the crimes of colonial powers without downplaying anything. In her latest book, Charlotte Wiedemann focuses on the numerous blind ... END_OF_DOCUMENT_TOKEN_TO_BE_REPLACED
Author:
Marian Brehmer
Date:
Mail:
Send via mail

END_OF_DOCUMENT_TOKEN_TO_BE_REPLACED
Social media
and networks
Subscribe to our
newsletter