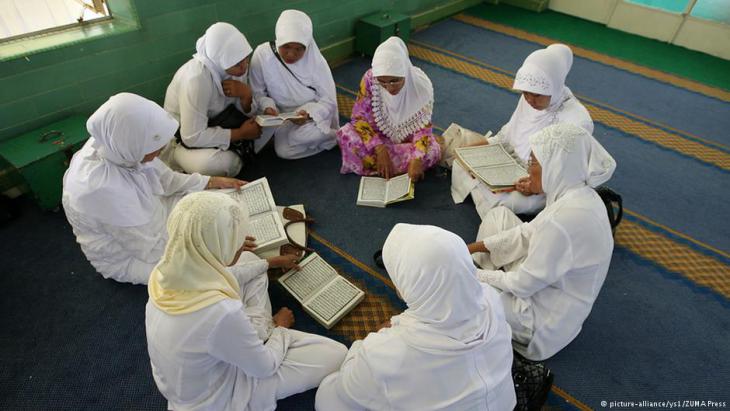 Sastra Islami is seen by its representatives as a corrective to the increasing ″Westernisation″ and ″secularisation″ of Indonesia. It presents itself as a religious counter-movement to the firmly secular literature published since the fall of Suharto in 1998. By Bettina David

Her big brother, the boy all the girls have a crush on, has changed: his life is now shaped by religion. But his little sister is slowly beginning to admire him for the seriousness with which he practises Islam in his day-to-day life. On the day she intends to surprise him by wearing a headscarf for the first time, he has a fatal accident. On his deathbed, he gets to learn of his beloved sister′s ultimate conversion to Islam.

″When Mas Gagah left us″ (1993) is an early short story by Helvy Tiana Rosa, who, along with her sister Asma Nadia, was among the pioneers of the Indonesian genre Sastra Islami, ″Islamic literature″, and remains one of its most influential authors. Short stories like this one were the first attempts to give literary expression to the ideals and self-images produced by the revitalisation of Islam that emerged from the universities during the latter years of the Suharto regime.

FLP is close to the PKS Party, which is influenced by the ideas of the Muslim Brotherhood, and has developed into an energetic grass-roots literary movement. With branches in most provinces, as well as abroad, and (according to its own figures) some 5000 members, roughly 70 percent of whom are women, FLP combines Islamic idealism with the promotion of literacy, writing workshops and competitions. Short story collections by FLP members working as housemaids in Hong Kong are one of its projects that have attracted attention.

The weekly magazine Tempo once called FLP a ″factory producing fiction writers″, and in fact, in Sastra Islami circles, literary writing is frequently seen as a craft that pleases God, which anyone can be taught. Experienced authors willingly share writing tips with beginners. Unlike the rather elitist Western-influenced literary scene, Sastra Islami is ruled by an ethos of shared idealism, community and mutual motivation – which fits with the Indonesian love of collective fellowship and personal contact. The genre′s established authors make frequent use of Facebook and Twitter to communicate with their readers. 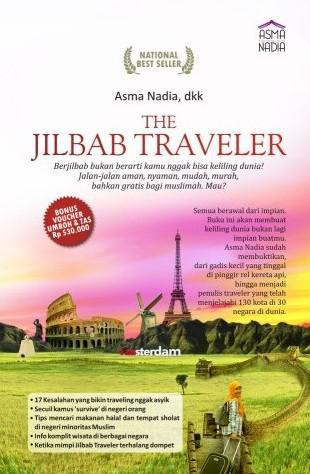 ″Sastra Islami″ is seen by its representatives as a corrective to increasing ″Westernisation″ and ″secularisation″. The genre is therefore also a counter-movement against another influential trend in Indonesian literature since the fall of Suharto in 1998: firmly secular literature, as represented by authors like Ayu Utami. She shot to fame around the turn of the millennium with her deliberately taboo-breaking descriptions of female desire and homosexuality – ringing alarm bells with the conservative Muslim milieu.

In 2006, the poet Taufiq Ismail railed against what he called a ″movement of unbridled lewdness″. He spoke of ″horizontal literature″, which was destroying Indonesian culture and plunging the country into a moral abyss. FLP, by contrast, was a ″gift from God for Indonesia″.

For a long time, the genre′s didactic religious aspirations have also seen it borrowing elements from the popular self-help and self-optimisation market. But it isn′t just about putting across the thoroughly ′Protestant’ message that living a pious life will lead to success; the books also address comparatively mundane lifestyle questions. Asma Nadia has published books like ″Jilbab Traveler″ and ″Don′t be an annoying Muslim!″ with tips on how women in headscarves can explore the wider world as backpackers, and what Muslim women should do to avoid getting on people′s nerves.

In ″Lâ Tahzan for Jomblo″ (″′Don′t be sad′ for singles″ – the combination of Arabic, English and Indonesian slang phrases is typical of Sastra Islami′s hip youth-speak style), Asma Nadia and other authors provide solace for desperate singles in the form of humorous, jauntily written real-life experiences.

The notion that literature should be ″beautiful″ and ″useful″ for society has a long tradition, on which Sastra Islami draws. The great importance attached by today′s readers to ″inspirational quotations″  demonstrates the extent to which this concept of literature still governs reader expectations. A successful story has to be ″inspiring″ and ″motivating″ – and the inspiring aspect should come in the form of memorable quotations that readers can use as personal advice. 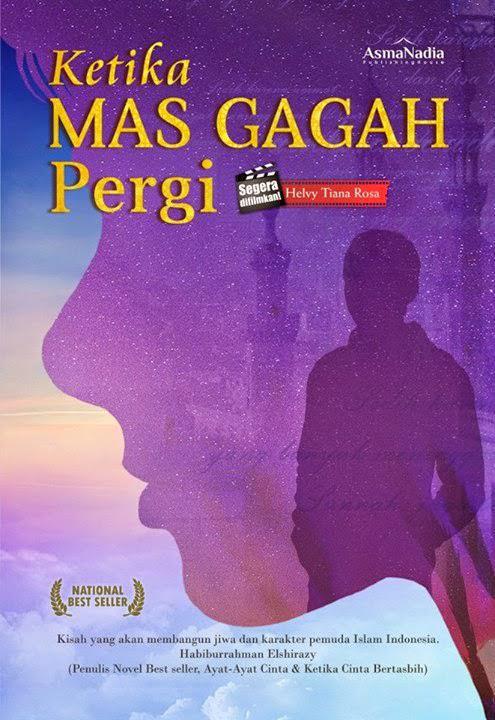 Focusing on the beauty of Islam: the film ″Mas Gagah″ is intended to show the diversity of Muslim life, without seeming didactic, in order to appeal to young people from milieus less shaped by Islam

The ″most inspiring″ book in this new wave of Indonesian literature has of course been Andrea Hirata′s ″The Rainbow Troops″. The novel functions as motivational ″proof″ that it is possible to achieve the dream of social mobility through hard work and education. Ahmad Fuadi′s novel ″Land of the Five Towers″ about his boyhood in a pesantren (an Islamic boarding school) also serves this popular fantasy. Man jadda wajada – ″try hard and you will be successful″, is the Arabic motivational mantra acquired in the pesantren, which the author passes onto his grateful readers.

Above all, strict adherence to Islamic rules – in these texts, the wearing of the highly idealised headscarf is seen as an absolute duty for every ″proper″ Muslim – appears to serve as a symbolic ethical framework for a modern, Islamic Indonesian identity, under the umbrella of which global ideologies of success can be combined with local requirements for the preservation of collective and family relationships.

Significantly, the main themes of Sastra Islami are love – love of God and parents, or between married couples – and values founded in Islam, like sympathy, patience, gratitude, forgiveness and social responsibility.

Evocation of an ideal world

″When Mas Gagah left us″ is currently being filmed. Its crowd-funding status and casting is true to the philosophy: ″This is our film! We′re financing it, we′re making it, and the world will see it!″ In order to appeal to young people from milieus less shaped by Islam, the film is supposed to show the beauty of Islam without being didactic. As Helvy Tiana Rosa told the newspaper Republika, ″We hope the film won′t just be seen by headscarf-wearers, but also by hipster teens and punks.″

Sastra Islami has long been part of the commercialisation and ″mainstreaming″ of Islam, painting it as the ideal of a morally-oriented lifestyle, which doesn′t exclude being fashion-conscious, having fun or taking part in global modernity. It evokes an ideal world of Islamic virtues that includes the West.

Problematic developments in political Islam are blocked out, as are the ambivalences and pitfalls of the current enthusiasm for religion. Helvy hopes that her film won′t just inspire teenagers intent on consumption, but also followers of organisations such as Hizbut Tahrir. The borders between Islam as a pop-culture lifestyle identity and a political ideology are fluid, and Sastra Islami doesn′t address them explicitly; the genre is too invested in the dream of a global community of all Muslims for that.

Its view of the West also seems naive. In Hirata′s ″The Dreamer″, Arai receives an EU grant for a research project at the Sorbonne in which he tries to refute the theory of evolution with Harun Yahya′s bizarre ″theories″ – though cut from the German translation, many of his Indonesian readers like to believe in them.

For the most part, you won′t find a critical consideration of the familiar and the foreign in today′s Sastra Islami. The predominantly young readership expects literary role models and simple instructions for a feel-good lifestyle that is modern but also devout. Sastra Islami sells them the myths to fit these expectations.

We are in favour of human rights. But One Love armbands are self-righteous and ignore some fundamental issues. Stefan Buchen examines the debate surrounding the World Cup in Qatar END_OF_DOCUMENT_TOKEN_TO_BE_REPLACED

With its traditions of neutrality and non-alignment, Indonesia has had to tiptoe around the Ukraine war debate. Pro-Russia sentiment in the region complicates Jakarta's foreign ... END_OF_DOCUMENT_TOKEN_TO_BE_REPLACED

Calls for an environmentally-conscious form of Islam are growing in Indonesia, as climate change poses enormous ecological challenges for the country. Experts say it could change ... END_OF_DOCUMENT_TOKEN_TO_BE_REPLACED

Indonesia has become a primary battleground between democratic and autocratic visions of Islam in the 21st century, with Nahdlatul Ulama pitted against Abdullah bin Bayyah, a ... END_OF_DOCUMENT_TOKEN_TO_BE_REPLACED

END_OF_DOCUMENT_TOKEN_TO_BE_REPLACED
Social media
and networks
Subscribe to our
newsletter