Islamic reform movements in Africa are booming, largely as a result of their commitment to social and educational issues. But in many places they have also taken on a political character and have adopted a rhetoric which rails against westernisation. By Roman Loimeier

In several African countries, football has become an important element in the social organisation of the Islamic reform movement

​​Muslim reform movements have grown in many sub-Saharan African countries as a consequence of the crisis of modernisation of the twentieth century. They have been working to reform the various Muslim communities and societies.

They have often been inspired by North African, Arab or, in some cases, Indo-Pakistani traditions of reform, such as the Salafîya of Muhammad 'Abduh, the Muslim Brotherhood, the Saudi-Arabian Wahhâbîya or the writings of scholars like Sayyid Qutb or Abul-'A'lâ al-Maudûdî.

Between modernisation and anti-imperialism

At the same time, Islamic reform movements in Africa in recent years have not offered a consistent model. And the development of the various movements has not led to a homogenisation of Muslim societies in Africa. They remain a colourful spectrum of varied and competing interpretations of the Muslim concept of community and society. 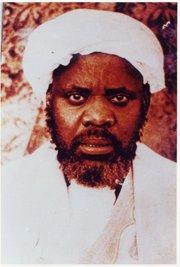 In addition, the varied rate of development of Islamic reform movements has to be taken into account. There are areas with a long tradition of such reform movements, such as Senegal, Northern Nigeria or Zanzibar, and areas where reform movements have until now only ever played a marginal role, such as in Ivory Coast or Ethiopia.

Islamic reform movements are not a new phenomenon in Africa. Indeed, they look back on a long history and have gone through several phases of development, which vary widely according to local conditions.

In the 1960s and 1970s national authorities in some African countries occasionally worked together with reform movements under the assumption that they had similar interests, but more recent generations of Muslim reformers have called such cooperation into question.

Mosques as the platform for criticism of the regime

This most recent generation of Islamic reformist organisations, such as the Dschamâ'at 'Ibâd ar-Rahmân in Senegal (led by Sidi Khali Lô), the Islamic Movement in Northern Nigeria (led by Ibrahim az-Zakzaki and Yakubu Yahya) or the various groups of the Ansâr as-Sunna in East Africa are more critical of the secular, laicist state and have in some cases made it the main object of their criticism.

Authoritarian regimes such as in Kenya under Daniel Arap Moi, military regimes such as in Nigeria after 1966 or governments with monopolistic one-party rule such as in Tanzania offered a good soil for the development of opposition movements, claiming to be religiously inspired, which used the mosque as the platform for their criticism of the regime.

In addition, the incompetence of many African governments when it came to developing sensible development strategies or standards of quality in the educational, health and social sectors all led to a loss of credibility in the years following independence for regimes which defined themselves primarily as secular.

Meanwhile the religious opposition was winning legitimacy and social influence. The newer Islamic reform movements have as a result turned into thoroughly political organisations.

In contrast to the leading representatives of earlier generations of Muslim reformers like Cheikh Touré, Abubakar Gumi or 'Abdallâh Sâlih al-Farsî, most of the current generation have no training as religious scholars. Most of them are graduates of mainly westernised, secular oriented state education systems.

As a result, many of the leading representatives of the new movements are teachers, bureaucrats, engineers, technicians, scientists or doctors, and they no longer define themselves as 'ulamâ' or scholars of Islamic law, but as Muslim intellectuals, "professors" or teachers.

Reform of the education sector

But like their predecessors, the new generation see the education system as a central field for social competition with other social and religious groups.

In Northern Nigeria and Senegal, in Zanzibar and Kenya, in Mali and in parts of South Africa – in other words, wherever Islamic reform movements have been able to develop into an important force in society – there has been a real boom in "Islamic" schools. Against the background of the failure of the state sector, these modern "Islamiyya" schools have been able to present themselves as a viable alternative to the state's secular education system.

In order to overcome the rigidity of traditional Muslim society, the reformers have emphasised the primacy of the Koran and the traditions of the Prophet, as well as the study of the Arabic language. They are convinced that only a mastery of Arabic can put all Muslims into the position where they can understand the Koran and the sayings of the Prophet without the mediation of others.

Another important characteristic of both recent and earlier Islamic reform movements is the emphasis on the use of African languages as a medium of communication and religious discourse. As a result, the reformers actively support the translation of the holy texts into Swahili, Hausa, Fulfulde, Wolof, Bambara and Yoruba.

This popularisation is just as evident in other areas, such as in the field of the public and semi-public sermon, in the production of audio-cassettes and videos, in radio, television and internet chat rooms. In these areas, Arabic is increasingly giving way to African languages and even to English and French.

This approach – making it possible for all Muslims who can read and write to have their own autonomous access to the holy texts – has created the conditions over the last few decades for a new understanding of the faith. The role of established experts, the 'ulamâ', in imparting religious knowledge is being seen as increasingly superfluous.

A move away from spirituality

The new movements, like their predecessors, tend to view any form of spirituality or mysticism with distaste and despise many aspects of Muslim folk religion, such as the meditation rituals of the Sufi brotherhoods or the sometimes ecstatic celebrations of the Prophet's birthday, describing such activities as "un-Islamic novelties" (bida').

This move away from spirituality on the part of the Islamic reform movements has a certain secularising tendency, since it stands for a "demystification of the world" and for a gradual rationalisation of religion and society, with the rejection of all kinds of magic as superstition.

But the move away from spirituality does not seem particularly consistent, since a whole range of the newer reform movements have recently moderated their anti-Sufi positions and emphasised the need for the unity of all Muslims in opposition to the secular and repressive state, which is seen by many of the movements as their main target.

At the same time the newer Islamic reform groups cultivate a moralistic rhetoric which concentrates on condemnation of western imperialism, Zionism, Christian missionary activity, freemasonry, heretical movements like the Indo-Pakistani Ahmadiyya, drug abuse, prostitution and other forms of moral decline. These, they say, are the evils which corrupt Muslim society.

However, this moralistic rhetoric is not only directed against the "West," but also against the local elites who are frequently accused of following a blind policy of imitating the West.

The social organisation of the Islamic reformers

Newer Islamic reform movements in Africa have had particular success in their efforts with young people and women. Indeed many Islamic reform movements in Africa must be seen as an attempt by young people and women to free themselves from the restrictions of society with the aid of the religious legitimacy provided by the reformers.

What is particularly relevant in this respect are the attempts of the Islamic reform movements to develop new forms of social organisation – not just in the area of a modern Islamic education system, but also in seemingly banal areas of daily life, like sport or leisure activities.

Thus almost every Madrasa in Zanzibar has its own football team. In the nineties, the team of Zanzibar's biggest Madrasa, al-Nûr in Ukutani, even won the Zanzibar national championship.

Football has also become an important element in the social organisation of the Islamic reform movement in Kenya, especially in Lamu, where the local opponents of the reformers, the Sufi brotherhood, has quickly reacted to the enthusiasm for football of the young people by setting up their own football team.

The same applies in Northern Nigeria, where the 'Yan Izala supported the setting up of the 'Yan Izala football championship in the 1980s. That helped them establish themselves in the stronghold of the Sufi brotherhoods of the Qâdiriyya and the Tijâniyya in the old city of Kano. As a result, young people there began to go to the football matches of the 'Yan Izala, rather than going to the mosques to take part in the ceremonies of the Sufi scholars.

What unites all the Islamic reform movements is that, within their various national social contexts, they all try to ensure a just and appropriate role for all Muslims.

They consider that this should allow Muslims to live their lives according to the requirements of the faith, in a world which is characterised by the process of modernisation, urbanisation, industrialisation, and, in the eyes of many Muslims, of "westernisation."

Youssou N'Dour: "Egypt"
Songs of Praise to the Brotherhood
With "Egypt", Senegalese pop star Youssou N'Dour has recorded an acoustic and deeply religious album. For his audience at home, this is nothing out of the ordinary. After all, in West Africa, the relationship between pop music and Islam is much closer than it is in other parts of the world. By Max Annas and Dorothee Plass

END_OF_DOCUMENT_TOKEN_TO_BE_REPLACED
Social media
and networks
Subscribe to our
newsletter