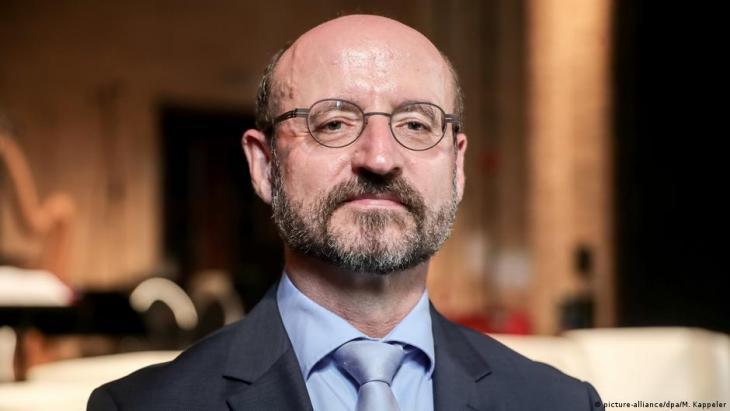 Since the German city of Cologne launched a two-year model project to allow Muslim communities to perform the call to prayer, there has been much heated public debate on the issue. Islamic scholar and law professor Mathias Rohe examines the arguments

Why the uproar over the muezzin's call in Cologne? Has an extremist Muslim mosque community requested that the call to ritual prayer be amplified? Not at all. Apparently, Cologne city council decided, for no particular reason, to point out that German law allows such a call to prayer to be made for five minutes at the main prayer service on Friday at noon. The ensuing heated debate says little about the current legal situation, but everything about sensitivities, misunderstandings, misinformation and aggressive posturing.

Let's look at the facts: the amplified Muslim call to prayer basically falls within the scope of freedom of religion as enshrined in the Basic Law (Article 4 GG). As with all other fundamental rights, each individual case must then be assessed to see whether there are weightier counter-arguments that take precedence over the specific concern. In the present case, such reasons are most likely to arise from §3 of the Federal Immission Control Act which stipulates that dangers, considerable or substantial disadvantages for the general public or the neighbourhood shall be avoided.

Incidentally, this also applies to the ringing of church bells. At the constitutional level, reference can also be made to "negative religious freedom", which protects against excessive confrontation with religion in public spaces. This would certainly exclude a loud call to prayer at night, or, depending on the volume, directly next to critical facilities such as hospitals. But that is not what is at issue here. A short call to prayer that is not excessively loud in the middle of a working day will be permissible in most cases. Of course, each individual case needs to be examined on its own merits. Yet such a practice has developed in many German cities without significant conflict.

But what are we to make of the counter-arguments put forward?

1. "The ringing of church bells, unlike the call of the muezzin, is part of the cultural heritage of the country". So far, this is certainly true, but it is not legally decisive. The law of a secular constitutional state is dynamic and reacts to changing facts. If there is now a Muslim population numbering in the millions, it is a simple fact that they too will establish a religious infrastructure and thus become publicly visible and audible. 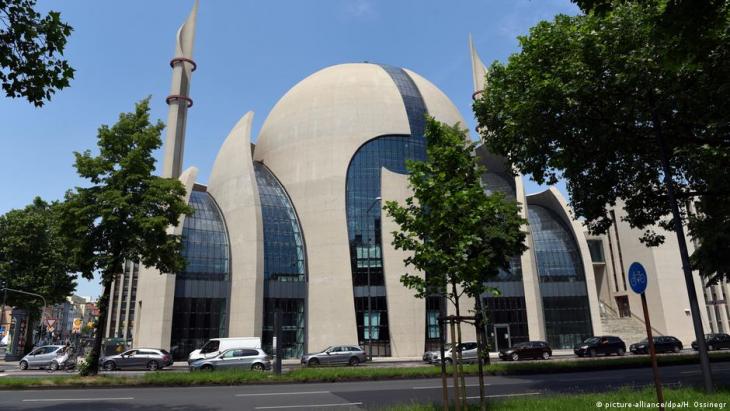 The Ditib central mosque in Cologne. It was inaugurated by Turkish President Erdogan in 2018. The Ditib central mosque in particular is often used as an argument that representatives of "political Islam" are also "courted" by the state. "By no means can the mere practice of traditional religion, whether through dress, eating habits or certain rituals, be considered "political Islam" in the correct sense of the term," writes Mathias Rohe in his analysis. "The baseless assertion that the state is 'courting' organisations associated with political Islam shows that the phrase has forfeited its true definition in the public debate and is all too often simply used to denounce"

2. "Unlike church bells, the call to prayer proclaims an exclusive religious message". This is only partially true. The meaning of liturgical bell ringing is understandable to many even without words. The twelve o'clock peal, which can still be heard and was formerly called the "Turkish peal", is meant to celebrate a victory in the fight against the "Turkish threat" dating from the 15th century – at that time, with the advance of the Ottoman Empire, a real political danger, unlike today. Moreover, the call "Allahu akbar" is often grossly mistranslated. Correctly, it means "God is (simply) great".

For lovers of Arabic grammar, which apparently is not known to all Arabs living here: "Akbar" here is not a comparative ("God is greater" - than what in a strictly monotheistic religion?) and, due to the lack of an article, certainly not a superlative ("God is greatest"), but a so-called elative with the meaning mentioned. It is permissible to say this under the protection of religious freedom – Arabic-speaking Christians do the same.

The fact that most religions have their own claim to truth is also an unspectacular fact, which, incidentally, they share with many non- or anti-religious world views.

3. "The majority of the population is against the public call to prayer". This may be so, but it is legally irrelevant. Democratic majorities can decide many things, but they cannot deprive minorities of their fundamental rights. The rule of law has the task of protecting minorities in particular, and therefore does not allow majority decisions on restrictions of fundamental rights. Irrespective of this, most congregations refrain from the public call to prayer in a predominantly non-Muslim environment because it loses its meaning there; today, prayer apps remind people to get to the mosque on time. This is a valid argument, but one that can only be assessed by the people concerned.

But it should also be recognised that having a presence in the public sphere signals symbolic participation in the life of society as a whole. This is no different to the first construction of representative synagogues in the centres of German cities during the civic emancipation of the Jews. It is striking how much some of the arguments against the muezzin's call resemble the reservations expressed against the building of synagogues at that time.

The term "political Islam" has lost all definition

4. "By allowing the public call to prayer, the representatives of 'political Islam' are also being 'courted' by the state." It is an argument – controversial in its specific context and ultimately hostile to the rule of law – that is doing the rounds at present. There are undeniably considerable problems with Muslim religious extremism, as there are with many other extremisms, especially right-wing radicalism in old and new guises, and unconstitutional Islamophobia. Such problems arise from a religiously-based claim to rule that is contrary to the rule of law. Yet no organisation active in this field has submitted a corresponding application.

By no means can the mere practice of traditional religion, whether through dress, eating habits or certain rituals, be considered "political Islam" in the correct sense of the term. The baseless assertion that the state is "courting" organisations associated with political Islam shows that public debate has robbed the phrase of its true definition. These days it is all too often simply used to denounce.

Without any specific problematic applications to back it up, the associated general suspicion is an outright perversion of constitutional thinking. Taken to its logical conclusion, the renunciation of positions protected by fundamental rights becomes prerequisite for loyalty to the law – which is an absurdity. We need urgently to work together with the vast majority of the Muslim population for peaceful coexistence in an atmosphere of mutual respect, while jointly putting the extremist fringes in all parts of society in their place – that is how the rule of law works.

A French artist has used photos of torture from Abu Ghraib for an oversized artwork at the Berlin Biennale. Reactions from fellow artists have been mixed, with some criticising ... END_OF_DOCUMENT_TOKEN_TO_BE_REPLACED

Since Ali Khamenei, Iran's most powerful man, has openly and unconditionally come out in support of Putin's war in Ukraine, logistical help is on its way, with an allegedly ... END_OF_DOCUMENT_TOKEN_TO_BE_REPLACED

It is possible to write about the Holocaust and the crimes of colonial powers without downplaying anything. In her latest book, Charlotte Wiedemann focuses on the numerous blind ... END_OF_DOCUMENT_TOKEN_TO_BE_REPLACED

This year Annemarie Schimmel, the great German scholar of Islamic studies, would have turned 100. Unique within the German and international academic community of her time, ... END_OF_DOCUMENT_TOKEN_TO_BE_REPLACED

The highly controversial Indian blockbuster "The Kashmir Files“, on the exodus of Kashmiri Hindus in the 1990s, is characterised by unilateral representations, negative ... END_OF_DOCUMENT_TOKEN_TO_BE_REPLACED

END_OF_DOCUMENT_TOKEN_TO_BE_REPLACED
Social media
and networks
Subscribe to our
newsletter