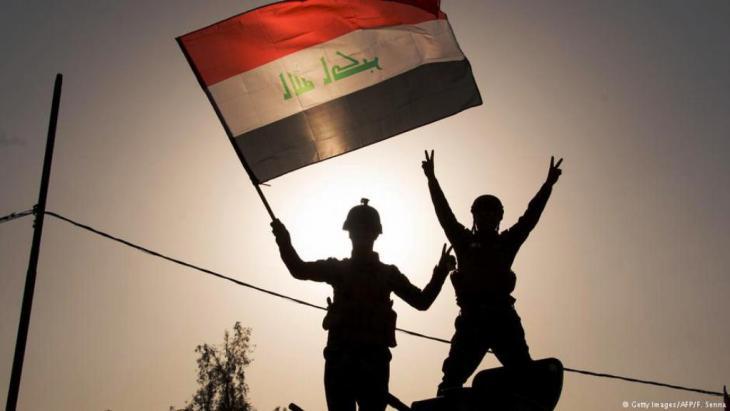 Islamic State
Down but not necessarily out

With Mosul and Raqqa retaken, the fate of Islamic State's territorial caliphate is sealed. Yet Loay Mudhoon says that's no reason to give the all clear, as IS is nothing more than a symptom of a crisis of statehood

There can be no question that territorially, the jihadi state-building project of the self-proclaimed "Islamic State" (IS) has come to an end. Over the last few months, IS terrorists have suffered a number of crushing defeats at the hands of the Iraqi army and the Iranian-organised Shia paramilitary alliance known as the Popular Mobilization Forces (PMF).

The decisive turn in the fight against IS terrorism no doubt came with the massive bombing campaign carried out by the US-led coalition. This eventually laid the groundwork for the demise of the would-be "caliphate", albeit with high numbers of civilian casualties. But with the cities of Mosul in Iraq and Raqqa in Syria now recaptured, it is clear that the physical end of the IS "caliphate" in the Arab East is now a certainty.

Yet this "success" cannot hide the fact that IS' loss of territorial control in no way means that this vulgar terrorist organisation will cease to exist, whether in Iraq or anywhere else in the world. A majority of IS jihadis have already gone underground and are likely planning a gruelling guerrilla war against Iraqi state actors.

Meanwhile, it is said that a large number of jihadis have also returned to Europe. Many of these fighters may have been reformed, but still others are likely ticking time bombs prepared to carry the fight of their supposed holy war into the Western states they call home. 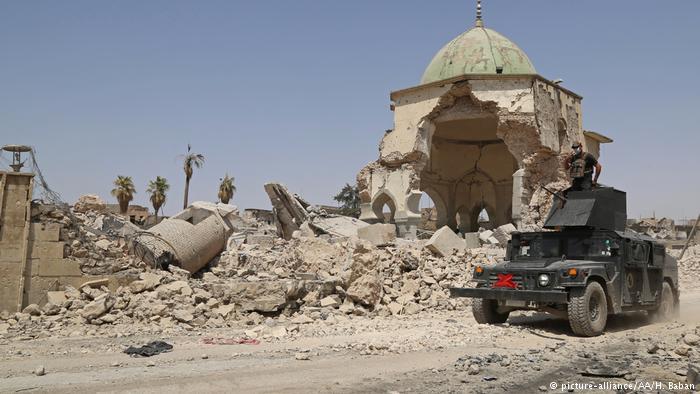 The damage caused by the battle for Iraq's future in Mosul has been utterly devastating. For those trapped in the city during the coalition's defeat of Islamic State, the end of fighting could not come soon enough. Pictured here: an armoured vehicle drives past a destroyed building in Mosul

The IS "caliphate" is just a symptom

There is nothing, in terms of theology or the history of ideas, that can be used to legitimise the pseudo-caliphate either in the foundational texts of the Koran or in Islamic history.

Rather, the group's visionaries, such as the self-proclaimed (and now likely dead) Caliph Abu Bakr al-Baghdadi, represent an infantile break with civilisation, crude promises of salvation and a heretofore unknown and demonic reign of terror, one that will probably bring forth a new generation of utterly primitive jihadis.

Although IS' ideas will live on, the greater danger that its potential reincarnation represents is not to be found in the attractiveness of its neo-Salafist ideology. No: the bigger problem is that the social and political circumstances that made its inception possible still exist.

It is well documented that the rise of IS is closely linked to the state disintegration of Iraq and Syria. Had it not been for the marginalisation and systematic persecution of Sunnis carried out through the sectarian policies of former Iraqi Prime Minister Nouri al-Maliki and a complete lack of control over Shia militias, the terror preachers of IS would not have been able to find support among the country's Sunni population. 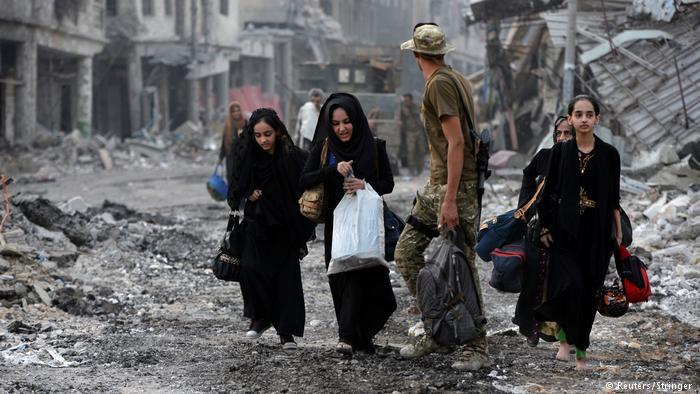 According to the UN, some 700,000 people are still displaced. US Humanitarian Coordinator for Iraq Lise Grande says that although the fighting is over, the humanitarian crisis is not: "Many of the people who have fled have lost everything. They need shelter, food, health care, sanitation and emergency kits." She went on to say that the trauma experienced by people in the city was "some of the highest anywhere."

​​​​​​​Helping give birth to IS jihadism

Sunni rage – indeed, utter desperation – over repression in Iraq and the terror of barrel bombs in Syria literally drove people into the arms of the jihadi sect. Today, most agree that the harsh anti-Sunni policies pursued in Iraq and Syria led to the birth of IS.

To get to the root of the problem of jihadism, regional and international actors will have to create real-life perspectives for millions of displaced Sunnis now caught between Iraq and Syria. They must ensure that Iraqi Sunnis are afforded real political representation in an ever-disintegrating Iraq.

In order to make that possible, it is imperative that Iran's influence in Iraq be curtailed. At the same time, the Iraqi government must be buttressed to avoid a further fragmentation of the country, and keep it from spiralling downward into something akin to Lebanon.

But unless there is a fundamental change to the constellations of conflict in the Middle East, we can never be wholly rid of IS – not even if we create endless well-meaning education and prevention programmes, not to mention a compelling counter-narrative.

Sufis today are under attack from fundamentalists and modernists alike. At the same time, a new form of Sufism is emerging in the West. By Marian Brehmer END_OF_DOCUMENT_TOKEN_TO_BE_REPLACED

Short movies nominated for an Oscar often don't get wide public attention. But when one is about an Iranian girl seeking freedom from male domination by taking off her veil, ... END_OF_DOCUMENT_TOKEN_TO_BE_REPLACED

World-famous Iranian film director Jafar Panahi has been incarcerated for several months, even though Iran's Supreme Court overturned the verdict against him. Now, he has gone on ... END_OF_DOCUMENT_TOKEN_TO_BE_REPLACED

Young women are driving forward the protests against the Iranian regime, which have been going on for months. Literature provides clues as to why that should be, and why the ... END_OF_DOCUMENT_TOKEN_TO_BE_REPLACED

Visiting the country of her parents, murdered by the Iranian regime in 1998, German-Iranian artist Parastou Forouhar finds a changed society: hopeful, strong and courageous, ... END_OF_DOCUMENT_TOKEN_TO_BE_REPLACED

END_OF_DOCUMENT_TOKEN_TO_BE_REPLACED
Social media
and networks
Subscribe to our
newsletter