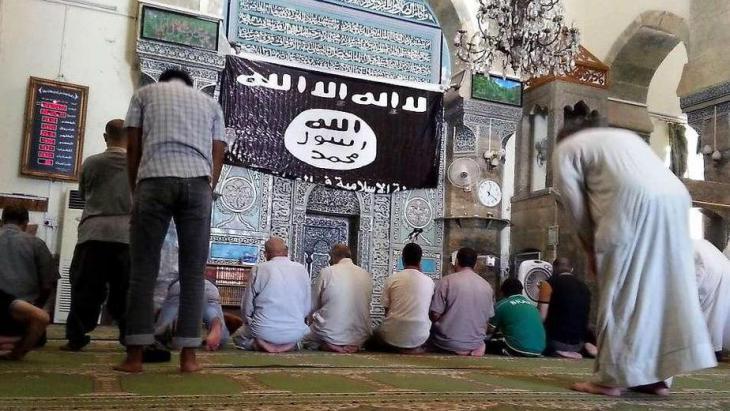 Muslims who describe IS as un-Islamic and declare that it has nothing to do with genuine Islam cannot deny that many of their fellow believers identify with the image of Islam promoted by the jihadists and their ideology. A thorough examination of the Muslim faith is long overdue. By Hakim Khatib

Islamic State (IS), previously known as the Islamic State in Iraq and Syria (ISIS), has produced nothing but destruction, chaos and sectarianism. With its strategy of terror, it has spread rapidly across great parts of eastern Syria and north and central Iraq.

Its recruits come from all over the world, but mainly from Islamic countries. Arab countries have brought forth the biggest share of recruits. While IS was assembling supporters and sympathisers, Sunni clerics were constantly calling for ″material and moral″ support for the Syrian rebels. Accordingly, thousands of foreign fighters flooded into Syria in the quest for jihad.

According to a Soufan Group survey conducted in 2014 on foreign fighters in Syria, it is estimated that the highest number of foreign fighters came from Tunisia (approx. 3,000), Saudi Arabia (approx. 2,500), Morocco (approx. 1,500), Russia (approx. 800), France (700), Turkey and the United Kingdom (approx. 400 each). These figures do not include those Syrians and Iraqis who were already in IS.

The Arab leaders of IS are Al-Bagdadi (in reference to Bagdad) in Iraq, subsequently Caliph of the Islamic State, and Al-Golani (In reference to the occupied region of Golan Heights) in Syria as the Emir of the Islamic State in Syria. Caliph literally means the ″successor″ – the ruler of the Muslim Community, whereas emir means the ″prince″ – a military commander and a governor of a province.

IS seems to have a clear and strategically advised ideological path. It should come as no surprise to Muslims, especially the political and religious elites, that such teachings still exist in Islamic books, sermons given during Friday prayers and even in school textbooks. 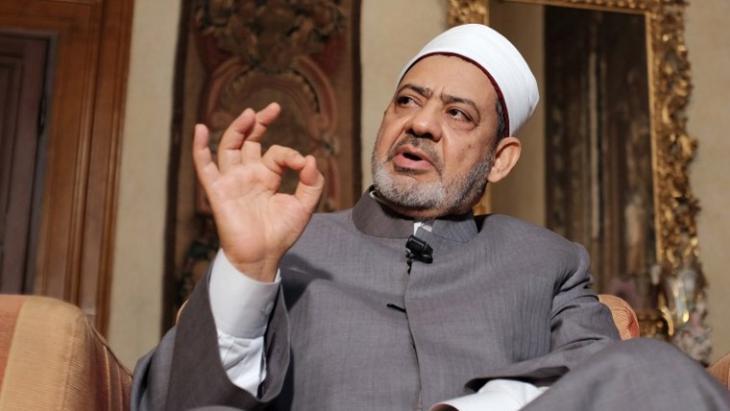 Terrorism is an illness that uses religion as its cover, declared Ahmed al-Tayeb, Supreme Imam of Cairo′s Al-Azhar University following the attacks on Paris. The violent acts of jihadists have nothing to do with genuine Islam. "It is hugely unfair and prejudicial to link the attacks to Islam merely because those involved shout out 'Allahu Akbar' when committing their crimes," warns Tayeb

The ideology of IS is one of various interpretations of the principle books, the Koran and the sayings and traditions of the prophet Muhammad. The Salafi-flavoured IS actually represents a valid extension of fundamentalism in the Arab societies. It is more a cultural and educational matter than a religious matter. The majority of Muslims, however, reject such an apocalyptic interpretation of Islam.

The Supreme Imam of Al-Azhar University and Mosque, Ahmed Al-Tayeb said that the extremist groups who murder and slaughter in the name of Islamic State represent neither Muslims nor Al-Azhar nor the prophet Muhammad and his teachings. The hideous deeds of these extremist groups repeatedly harm and distort the real message of Islam.

Furthermore, the Grand Mufti of Egypt Shawqi Alam said that naming a terrorist organisation such as IS an Islamic state is a huge mistake. This organisation speaks and acts against the humane and religious teachings and the sharia of Islam.

Indeed, the ″World Association of Al-Azhar Graduates″ has declared the organisation as un-Islamic and as part of a conspiracy against the Muslim world – IS in the Middle East, Taliban in Asia and Boko Haram in Nigeria. 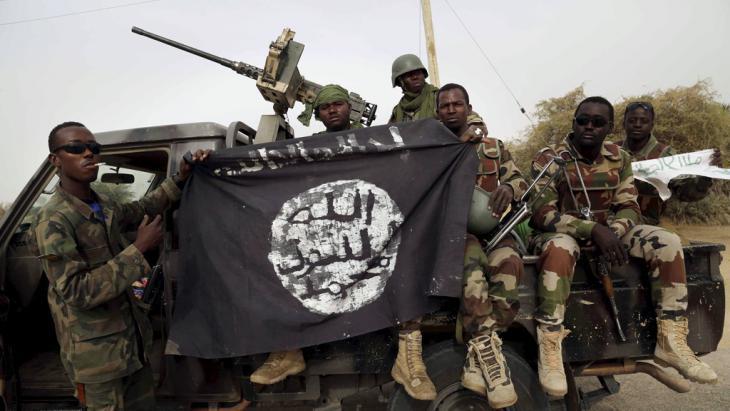 "Describing IS as un-Islamic neither prevents the emergence of another hundred IS-like extreme organisations nor does it improve the image of Islam and Muslims. Real reform needs to start from scratch," writes Hakim Khatib

Media outlets in the Arab world are flooded by news, explanations and interpretations condemning Islamic State calling it un-Islamic. Prominent Islamic scholars from different countries all over the world have condemned the actions of IS and confirmed the message that IS has nothing to do with the teachings of Islam, on the contrary it destroys Islam.

So if IS members are not Islamic and are not true Muslims, then what are they? All their slogans are Islamic and all their interpretations are Islamic. Their flag bears the message: ″there is no God but Allah and the prophet Muhammad is his messenger.″

Putting aside the conspiracy theories and the attempts to exclude such a terrorist organisation from Islam, IS could present the opportunity for real Islamic reformation. After all, most IS recruits have come from Muslim countries and, more importantly, from Arab countries. They mainly arose from Islamic societies and communities and studied the same religious books at school and university. They went to the same mosques and they received the same religious messages as the rest of the community. They are likely the sons, brothers, fathers, sisters and mothers of so-called moderate Muslims.

The shocking reality of the horrible actions and ruthless brutality of IS members should put the focus on the real problem that Islam needs reformation and revival. It is not a matter of defending Islam, but rather of criticising it.

Reformation therefore needs to start in primary education, with the religious text books used by children and permeate through to the highest levels of theological study. A reformation could begin in mosques, through sermons at Friday prayers in a bid to enforce tolerance and build peace. Reformation would also be much easier were religious institutions in the Arab world and the Muslim-majority countries to stop interfering in politics on one hand and political institutions to stop instrumentalising religion and co-opting religious institutions for power consolidation on the other. 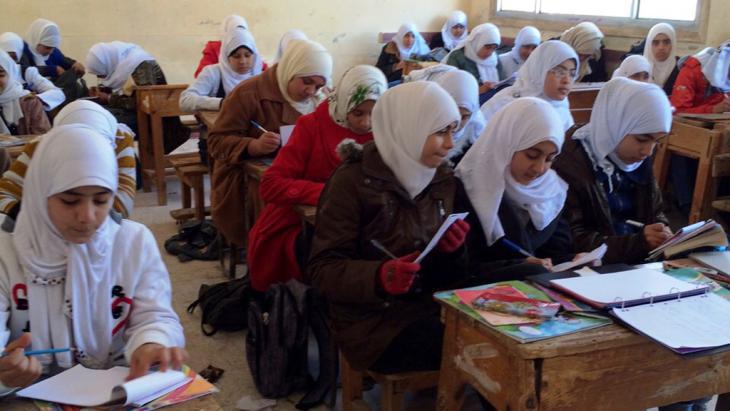 More education to combat the risks of religious extremism: "reformation needs to start in primary education, with the religious text books used by children and permeate through to the highest levels of theological study," opines Khatib

The rise of IS should be a wake-up call for Muslims all over the world. Simply calling IS un-Islamic and pointing out that it does not represent Islam is not enough to stop newcomers from joining IS.

A reformation of Islam seems long overdue; otherwise, sooner or later, the world risks the emergence of organisations similar to IS. Describing IS as un-Islamic neither prevents the emergence of another hundred IS-like extreme organisations, nor does it improve the image of Islam and Muslims. Real reform needs to start from scratch and every source, as selected by Islamic scholars, should subject to scrutiny and thorough appraisal.

The shocking fact that IS emerged from an Arabic conflict and instrumentalises Islam for political ends should shake up those who are still calling for a fusion between politics and the state. Putting politics and dogmatic religion on an equal footing could well result in the destruction of one of these two components. Either politics would dominate and destroy religion or religion would dominate and destroy politics.

In the case of IS, politics is dominant over religion, but the prominence of the latter serves the political cause of IS – power, legitimacy and dominance. The choice of such a version of extremism has isolated IS as well as; they do not hesitate to commit genocide when eliminating their opponents.

Islamic scholars need to lead such a reformation – far from politics and the divide of what is the ″right″ or what is the ″wrong″ Islam. There must be a framework to lay the foundations for this lengthy process. In return, the political leadership in the Arab states need to observe the process closely. It is not enough for Muslims to condemn terrorist acts by calling them un-Islamic. Change needs to be real and it needs to begin now.

Hakim Khatib lectures in journalism, intercultural communication, politics and Middle Eastern culture at the University of Applied Sciences in Fulda and at Phillips University in Marburg. His special subject is the integration of religion in political life and political discourse in the Middle East. He is editor-in-chief of the online journal ″Mashreq Politics and Culture″ (MPC Journal).

Palme d’Or winner "Boy from Heaven" is a classic crossover film in which cultural elements are mixed together in haphazard and random fashion. Shady Lewis Botros bemoans the ... END_OF_DOCUMENT_TOKEN_TO_BE_REPLACED

In Doha, Arabs from Morocco, Tunisia, Egypt and Algeria are gathering to celebrate the first ever FIFA World Cup to be held on Arab soil. The criticism from Europe? Over the top, ... END_OF_DOCUMENT_TOKEN_TO_BE_REPLACED

November 2022 sees the Arab world firmly in the spotlight with the COP27 in Egypt and the FIFA World Cup in Qatar. Public trust in MENA governments is weak, thanks to their ... END_OF_DOCUMENT_TOKEN_TO_BE_REPLACED

COP27 in Sharm el-Sheikh is turning into a PR disaster for Egypt’s military regime. Instead of praise for the host, the news is full of solidarity for imprisoned activist Alaa ... END_OF_DOCUMENT_TOKEN_TO_BE_REPLACED

"Rebel Game: The Power of Football in the Middle East and the Qatar World Cup", an anthology published by Middle East researchers Jan Busse and Rene Wildangel, takes the upcoming ... END_OF_DOCUMENT_TOKEN_TO_BE_REPLACED

Comments for this article: What chance a Muslim reformation?

The problems Muslims facing World wide and need for refomation

Whatever i have written with my own sincere heart and my Love For ALLaH and His Prophet SAW.My Heart and soul felt pain for Islam And Followers.My Forty years of constant Study of All Faiths of the people of the world.and my special love of quran and understanding specially granted due to my day and night study and pondering and my prayers to God ALMIGHTY to increase my knowledge.My personal relation with God ALMIGHTY.and Acceptance of my prayers.which proof enough for my sincerity.If you not a muslim you will not understand what i am saying inthat case i am dealing with a wrong Qantara.Hakim Khtab and call to reform the muslim nation.I have responded to that in this as i think what is needed.rest is up to you take or leave it.If Hakim Khtab has worldly gains in his mind he will certainly disagree with me as he does not have a truthful soul or Being called Hakim he does act as a Hakim.

END_OF_DOCUMENT_TOKEN_TO_BE_REPLACED
Social media
and networks
Subscribe to our
newsletter