In an interview with Qantara.de, Dr Michael Kiefer, an expert in Islamic Studies, talks about the experience that has been gained and the controversies that have arisen since "Islamic Studies" have been taught in German schools. 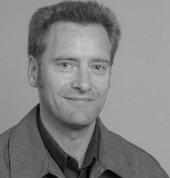 According to Kiefer, all religions are not treated equally: the Islamic associations in the country were not given a say in the drafting of the curricula for Islamic lessons at German schools

​​Islamic associations in Germany have long been calling for the introduction of Islamic religion classes at state schools. Christians too have also repeatedly pointed to the significance of the right to religious education at school, which is enshrined in the German constitution, the Basic Law.

The school pilot project entitled "Islamic Studies in German", which has been up and running since the start of the academic year 1999/2000 and is now running at over 110 schools in the state of North Rhine-Westphalia, gives an insight into the controversial aspects of teaching Islam.

Dr Michael Kiefer, an expert in Islamic studies, conducted and recently published a study on this pilot project. His study summarises the main bones of contention in this issue.

Mr. Kiefer, with the launch of the school pilot project in North Rhine-Westphalia, the subject "Islamic instruction" is now a regular part of the German-language curriculum at schools in the state. Does this mean that classes in Islam have the same status as classes in Christian religions?

Michael Kiefer: The subject "Islamic Studies" in North Rhine-Westphalia forms part of the regular curriculum. This means that students taking this new discipline have to take exams in it and their performance is taken into consideration when teachers decide whether students can move on to the next level at the end of an academic year.

In this regard, Islamic Studies has more or less the same status as classes in Protestant or Catholic religion. However, with regard to the definition of the content of the curriculum, there is no equality. Islamic associations in Germany - I am talking here about the Central Council of Muslims (ZMD) and the Council of Islam - were not given a say in the drafting of the curriculum.

To date, the government of the state of North Rhine-Westphalia has taken the stance that there is no-one on the Muslim side that indisputably meets the minimum legal requirements in this respect. The Islamic associations were given no more than an advisory role in the process as part of a so-called Advisory Council.

It is important to note at this point that Islamic Studies is not explicitly religious instruction. According to Article 7, Paragraph 3 of the Basic Law, such instruction must be given in agreement with a religious community.

In the debate surrounding this issue, the question as to who should be responsible for developing the syllabus on the Muslim side keeps coming up again and again. What are the different options that are being discussed?

Kiefer: Article 7, Paragraph 3 of the Basic Law, which deals with religious instruction in schools, does not apply equally to all states in the Federal Republic. As a result of the "Bremen Clause", this article is not valid in the city states of Bremen and Berlin. This means that in Berlin, Islamic religious instruction in schools is given expressly against the will of the senate and on the sole responsibility of the religious community, in this case the Islamic Federation.

In those states where Article 7, Paragraph 3 of the Basic Law does apply - and that is mainly the states that made up the Federal Republic before reunification - religious instruction in schools is always the responsibility of the State.

To this end, the State needs a religious community as a partner. And this is exactly what the problem has been for many years now. Islam is very heterogeneous in the Federal Republic. This comes from the fact that Muslims living here come from a variety of different countries.

This is compounded by the fact that some Islamic associations, which have offered the State their services in the drafting of the curriculum for religious instruction, have member organisations that are being monitored by the Federal Office for the Protection of the Constitution. Finally, there are a list of structural characteristics that an organisation must have before it can be considered to be a religious community.

The Muslim side points to the fact that offering religious instruction in schools would be a sign that Islam has arrived in German society. Lastly, questions relating to Islam can no longer be considered a side-effect of migration; it is an issue that comes right from the heart of society. What role does the influence of say the Turkish State or the Egyptian al-Azhar University have to play in all of this? To what extent could they play a role in the development of the syllabus?

Kiefer: You are now addressing a very important point. Islam should be viewed as an accepted and natural part of German society. The Turkish side in particular had great difficultly accepting this demand until very recently. Consequently, for a very long time, the Turkish religious authority had grave reservations about the teaching of Islam in German. Overall, there was the impression that the Turkish authorities did not approve of the development of an independent Islam in Germany.

In the meantime, this attitude has changed a little. In my opinion, the Turkish State should be kept out of the development of the syllabus for German federal states as much as possible. The precept of the ideological neutrality of the State, which is anchored in the Basic Law, applies in the Federal Republic. The development of the religious content of the curricula should be left to the Islamic communities in this country.

The same applies to al-Azhar University. Moreover, I don't think that external development assistance would be of great value in this case. Islamic tuition must be tailored to reflect the reality of life for the students who are living here. In this respect, we cannot expect any valuable recommendations from Cairo or Ankara.

In your study, you examined the reactions of parents. One striking aspect of your results is the fact that most parents agree with Islam being taught in German and are very sceptical about the influence of the Islamic associations. What consequences does this have for the content and organisation of the school pilot project in North Rhine-Westphalia and for similar pilot projects in other federal states?

Kiefer: I cannot say whether the results of my study have been acknowledged by the Ministry. However, the results clearly show that Islamic Studies, which was developed as a forerunner for a proper Islamic religion class, has been welcomed by parents wherever it has been made available. In the first three years, over 75 per cent of Muslim students attended the classes on offer.

However, the prospects for a continuation of the classes are bleak without a partner on the Muslim side. The Basic Law clearly stipulates that religious instruction in schools must be given in agreement with the religious community. The only question is, who is the partner in this case? At present, there really isn't any representative partner.

The existing associations only represent a minority of Muslims. The parents are naturally aware of this fact. Ideally, every federal state should have democratically elected representatives that would represent the interests of Muslims living in Germany with regard to the State. Unfortunately, we are a long way away from such a situation.

For this reason, we have to accept and adapt to interim solutions in the short and medium term. The big school pilot project for Islamic Studies in North Rhine-Westphalia should be considered a very successful model in this regard.

Germany
Islam on the Curriculum
Until now, only Koran schools have offered lessons in the Islamic religion to Muslim children in Germany. Now, pilot programmes are to be carried out at German schools, too. Max Bönnemann reports

"AktionCourage"
No Place for Xenophobia
Discrimination of any kind is an attack on human dignity, say the initiators of "AktionCourage". That's the name of a one-of-a-kind organization that is fighting against racism and for dialogue with Islam throughout Germany – above all, in schools. By Petra Tabeling