Calls for an Islamic theology in Germany are growing ever louder. But the challenge that this represents is underestimated not only by politics, but also by Christian theologians and cultural scholars, writes theologian Klaus von Stosch 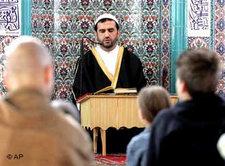 Centres of Islamic theology are to be established at several German universities. Klaus von Stosch argues that it is still too early to do this, and that an over-hasty approach could inflict damage on the process of Muslim integration

​​Ever since the German Science Council published its recommendations for "Islamic Studies" at German universities, the desire to see a German Islamic theology appears to have become a common cause for all the major political parties in our country. Islamic theology and its attendant infrastructure for the education of Islamic religious teachers and imams is apparently viewed by many as the magic formula for the integration of Muslims living in Germany.

It would appear that the rather reckless view holding sway in the world of politics at present is that all you have to do is make space for Islam at German universities and you will produce "good Muslims", who can take over the job of integrating Muslim communities resident here. Islamic associations are still frequently perceived as obstinate and difficult. But hardly anyone appears to doubt the self-purifying powers of academic Islamic theology.

The plentiful horn of state funding

At the same time, a kind of gold-rush atmosphere has taken hold at several universities, owing to the generous funds pledged by the government for the establishment of this new field of study. Anyone with any knowledge of the situation will be aware that at present, not a single German university has gained sufficient experience to be in a position to establish and competently run Islamic Studies departments in a responsible and sustainable fashion.

In spite of this it is to be expected that during the course of the year, the plentiful horn of state funding will shower its contents over a number of German universities more or less selected at random. And in the process, the epochal challenge represented by the academic instruction of Islamic theology in Germany will be completely overlooked.

Unconventional interpretations of the Koran

The establishment of a German-language Islamic theology does of course represent a challenge for Muslims resident here. And the reactions from the Muslim community in Germany can be roughly categorised thus. 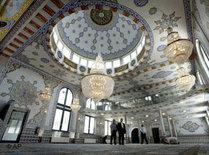 Germany could play a worldwide pioneering role in the establishment of an Islamic theology, says von Stosch – owing to its functioning tradition of having modern theologians of various confessions at universities

​​For a start there are the modernists, whose efforts are completely focussed on ordering Islam as quietly as possible into our society. This group is especially popular with politicians, because it presents Islam in the most malleable form, eliminating all elements of the religion that might be perceived as objectionable. Unfortunately, these adjustment endeavours are often based on really quite unconventional interpretations of the Koran.

Worse still is the broad disinterest of many modernists in a truly systematic permeation of Islamic theology. The modernists carry out artful lobby work with political parties in Germany, but they will never further the desired integration of Muslims living in Germany, because somewhat better educated followers of the faith have already noticed just how shallow their modern reading of Islam actually is.

The modernists' hasty surrender of their own Muslim identity, one that might also display rebellious traits, brings out the conservatives in full force.

The conservatives Muslims perceive a fundamental antagonism between Islam and the values of our society. They propagate the withdrawal of many emancipatory developments of the modern age and view the idea of harmonising Islamic studies with western academic standards with great suspicion, thereby often avoiding use of the term "theology". Even though they are likely to enjoy some support within the Muslim population, one would be completely justified in doubting that they can be expected to serve as mediators for Islam in our society.

An appreciation of the emancipatory potential of lslam 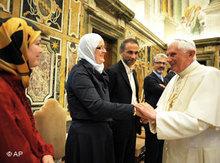 ​​So what we have left is the third group of Muslims, who on the one hand affirm our liberal democratic order and the secular organisation of our communities without reservations, but who at the same time bring with them a sensitivity for the dialectics of information and the social processes associated with those. Only this group can, through theological reflection, expose the emancipatory potential of Islamic thinking and establish a dialectical relationship between Islam and our society. Only this group succeeds, in fundamental solidarity with the values of the constitution, in revealing the liberating potential of the Koran for the victims of modernisation.

In actual fact it is easy to see that only this group of theologians can promote the integration of Islam into our society. For only it is in a position to show how Islam can enrich the intellectual and social life of our country. But unfortunately this group has virtually no lobby to speak of, because it is not conformist enough for politics, and already too progressive for many Muslims. And unfortunately, only a few universities have begun to develop the necessary ability to be able to recognise and support these lateral thinkers.

It seems to me that the establishment of an Islamic theology in Germany also presents an epochal challenge to Christian theologians, and I see no evidence that they have already begun facing up to it. Germany could even play a worldwide pioneering role in this regard, owing to its functioning tradition of having modern theologians of various confessions at universities, people who have made an important contribution to ensuring that churches for the most part currently react productively to the challenges of the modern age and, at least as institutions, do not simply subsidize the agitation of religious people. 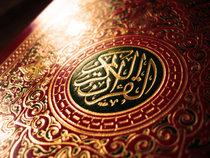 Koran scholars wanted: There are at present virtually no eligible German-language Islamic theologians for the study field to be established

​​The challenge for Christian theologians lies in not simply apologetically acknowledging Islamic lines of discourse, and also not simply exporting the Christian form of theology. What this requires is an attempt to understand Islamic dispositions and to develop them together in solidarity, but also to encourage Muslims to engage in the same way with Christian theology, in order to mobilize a reciprocal process of enrichment and challenge.

This is the only way that the emancipatory and peacemaking potential of both religion can be introduced into our societal discourse, thereby promoting a reciprocal learning process. Christian theologians have been a longstanding feature of our academic culture, and this will inevitably result in a certain asymmetry in dialogue at the outset. But if confessional theologians are willing to open themselves up to comparative and dialogic arguments and systematically put them on the agenda, then the establishment of Islamic theology at our universities may succeed. Islamic theology must also find its own way within the already complex structure of secular scholarship and in the plurality of different cultural study profiles.

The problem presented by the dominance of religious studies

In addition, Islamic theology needs diverse sources and inspirations from the field of cultural studies. It must thereby expose itself to the various outside perspectives of its own field. In this context, the dominance of Islamic and religious studies does present a problem. But because here the very same subject of scientific inquiry is being explored using a completely different methodology, a certain distance to these subjects is required if the new field of study is to be granted sufficient scope for its own Muslim appropriation of western academic standards.

"If confessional theologians are willing to open themselves up to comparative and dialogic arguments and systematically put them on the agenda, then the establishment of Islamic theology at our universities may succeed," says Klaus von Stosch

​​It will not be easy for German universities to overcome these challenges. They will only succeed if a competition of various academic institutions can be organised in the medium-term, thereby allowing for the possibility of trying out a number of different models. In this context attention must be paid in the first instance to the promotion of young blood in the field of Islamic theology, because at present there are virtually no eligible German-speaking Islamic theologians for the study field to be established.

It is still too early to open large centres of Islamic theology, and an over-hasty approach could inflict greater damage on the process of integrating Muslims living in Germany than key players in politics and society apparently realise.

Klaus von Stosch is Professor of Systematic Theology at the University of Paderborn where he heads the Centre for Comparative Theology and Cultural Studies. His most recent publication was "Offenbarung", or "Revelation", Schöningh (UTB), Paderborn 2010.

Islamic Theology in Amsterdam
Breaking down Prejudices against Islam
The University of Amsterdam began offering studies in Islamic theology this fall. The aim is to counter the possible radicalization of young Muslims by so-called "imported imams", as well as to break down prejudices against Islam. Ruth Reichstein reports

Interview with Bülent Ucar
"Fear of an Imposed State-approved Version of Islam"
According to Bülent Ucar, chair of Islamic Religious Education Studies at the University of Osnabrück, the religiously neutral state should not become embroiled in specific questions of Islamic theology. But he does expect the Muslim organisations to undergo major restructuring. Elbeyi Güvercin talked to Bülent Ucar

END_OF_DOCUMENT_TOKEN_TO_BE_REPLACED
Social media
and networks
Subscribe to our
newsletter