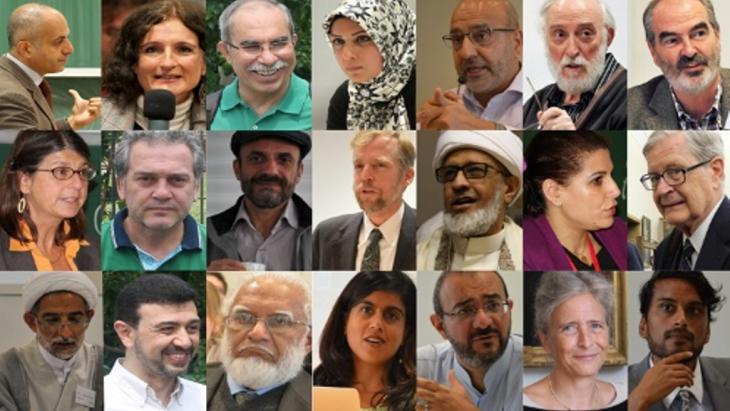 Rarely does interest in a subject grow so fast. Introduced as a course of study at German universities just five years ago, Islamic theology is now being taught to 1,800 students at five centres around the country. Arnfrid Schenk takes stock

In 2010, the German Council of Science and Humanities, the most important advisory body in the education policy sector, recommended instating Islamic studies at German universities: aimed at educating scholars of religion and, first and foremost, producing qualified teachers for the subject of religious education in German schools.

The recommendations were implemented with great speed. Centres for Islamic Theology were set up at the universities of Munster, Osnabruck, Frankfurt am Main, Tubingen and Erlangen-Nuremberg. The Federal Education Ministry funded them for a five-year period with 20 million Euros.

Expectations were high: with hopes that the new subject would be a milestone for integration. Annette Schavan, the minister for education at the time and the driving force behind the project, hoped for a theology that would succeed in translating religion into the present.

On the side of conservative Muslims, fears were also great: the German state wanted to prescribe to them what they should believe, they claimed.

The fledgling subject has now been evaluated by prominent scholars of Islam from home and abroad and Christian theologians, selected by the education ministry. Professors at the universities concerned had to provide an account of what they have achieved over the past few years and present their concepts for the coming years. The results have apparently met expectations, although these have not been made public.

Education Minister Johanna Wanka says that with the centres, the Muslim faith has found a home in the academic-theological debate and that the centres have established themselves in research and teaching with impressive speed.

Some 1,800 university students are registered for the bachelor and masters degree courses – most of them in Munster, Osnabruck and Frankfurt. The government now plans to continue the funding for a further five years. 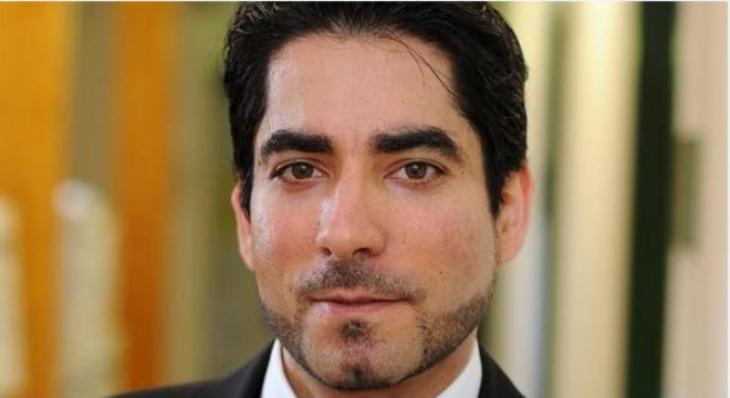 Mouhanad Khorchide, professor of Islamic theology at Munster University, came under fire from various Muslim associations for what they considered to be his too-liberal interpretation of Islam. Something of a truce has now been established and the distinction between faith and scholarship reasserted

So is it mission accomplished? Well, yes. But in the initial set-up phase, things didn't go quite as smoothly as the ministry announcement might suggest.

In the beginning, posts had to be filled in a short time, but where were these academically qualified personnel supposed to come from? Not only did the professors need to be competent in theology, they also had to be able to teach in German. A race began to secure the services of the few possible candidates. Not all the jobs could be optimally filled.

Co-operation with the various Muslim associations also proved difficult. These are involved with the university Islamic theology departments through what are known as advisory boards. They are meant to have a say on matters concerning staffing and lesson content. The associations represent conservative Islam; for them theology is the administration of religious scholarship. Many academics feared that association functionaries would become too meddlesome. Not without good reason, as it turned out.

A religious controversy flared up in Munster two years ago: the Islamic associations had taken aim at Mouhanad Khorchide. His work was unsound, they said and worse still, he was operating beyond the parameters of Islam. Association officials called for his resignation. They feared losing their interpretational jurisdiction of Islam in Germany to someone who they perceived as a Muslim with overly liberal views.

The university stuck by its professor. Khorchide is not trying to renew Islam from within, officials said. The rationality and the maturity of the believer is important to him, they said, he is a long way off spreading false doctrine.

A truce has been in place since then in Munster, the associations appear to have recognised their limits. Khorchide is more secure in his position than before, many students come to Munster because of him.

In Frankfurt, Osnabruck and Tubingen, co-operation with the associations has been less problematic.

"We are conducting a lively discourse with the various Islam centres," says Bulent Ucar, director of the Institute for Islamic Theology in Osnabruck. He does not want to teach "Islam light", neither does he want to teach an anachronistic Islam. "We are trying to adapt tradition to modern life situations. But we can only usher in change in the understanding of Islam if we are accepted by Muslims in the communities," says Ucar. 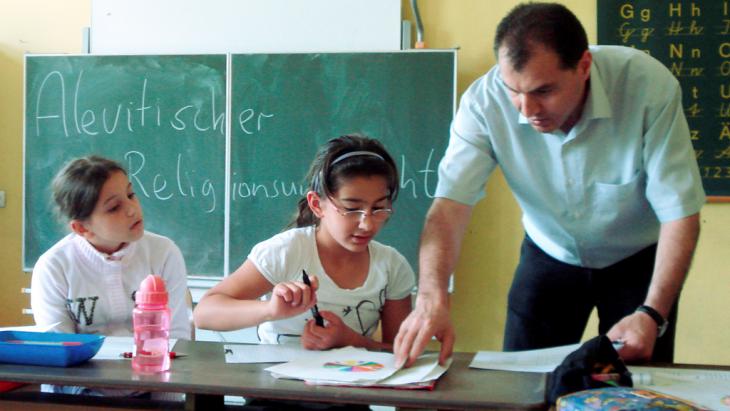 Despite the shortage of teachers qualified to teach Islamic religious education, it is important not rush the process. As Schenk points out, "Religious instruction was left to mosque communities. This was mostly carried out by imams imported from Turkey, with no experience of life in Germany. Imams who conveyed an outdated brand of Islam and who were only focused on drilling pupils in the suras of the Koran"

Training teachers of religious education is one of the key goals of the new subject. There are three quarters of a million Muslim school children in Germany, who have had to wait a long time for Islamic religious education taught in German. Religious instruction was left to mosque communities. This was mostly carried out by imams imported from Turkey, with no experience of life in Germany. Imams who conveyed an outdated brand of Islam and who were only focused on drilling pupils in the suras of the Koran.

The first states brave enough to test out the idea did so more than a decade ago; North Rhine-Westphalia introduced Islamic religious education in 2012, followed a short time later by Lower Saxony and Hessen.

Now there is a shortage of teachers. But it is essential to choose these with care. They cannot be hastily recruited just in order to be able to say that Germany offers Islam as a subject in schools across the board.

Harry Harun Behr, Professor of Religious Education in Frankfurt am Main, is concerned by this. "Many of my students are looking to deepen their faith, not produce academic work. When I tell them that the Koran is the product of theological discourse, they don't want to know."

Behr sometimes wonders whether his seminars are being attended by candidates who are really capable of study. He would like to cut the number by more than a half through testing. Something he frequently experiences: when he asks his students to write an essay, he is told that Islamic tradition forbids the formation of one's own opinion about the Koran. "How do these students expect to be able to teach one day?" asks Behr. After all, he adds, lessons are not aimed at imparting faith, but enabling a dialogue on questions concerning the faith.

Mouhanad Khorchide is not quite so critical of his students in Munster. But he is also familiar with the challenge of making it clear to them what theology at a secular university means. It is still difficult for them to make the distinction between faith and scholarship. "They want to see their faith affirmed, but university is a place to reflect on that faith," says Khorchide. It will probably take another one or two generations of students before everyone accepts this, he adds.

A showcase project already in progress is the graduate college run by the universities in tandem with the Mercator Foundation. It has produced 16 excellently qualified young academics.

The subject may still be in its early growth stages in Germany, says Bulent Ucar, but within Islamic theology in Europe it nevertheless occupies a leading role. Moreover, unlike in most Islamic countries of origin, greater freedom of thought is possible here.

It is important to make the most of it.

The foreign policy direction favoured by Washington's new incumbent is putting a strain on relations with Turkey. The two nations look set to clash over a whole host of issues, ... END_OF_DOCUMENT_TOKEN_TO_BE_REPLACED

How can we truly appreciate the richness of cultures not our own? In her recent book "What is Islamic art? Between religion and perception", art historian Wendy Shaw explains the ... END_OF_DOCUMENT_TOKEN_TO_BE_REPLACED

In his controversial book published in 2020, French author Pascal Bruckner describes anti-Muslim sentiment as a fiction, claiming that the term "Islamophobia" is being used to ... END_OF_DOCUMENT_TOKEN_TO_BE_REPLACED

Several media reports in recent weeks have focused on the potential threat presented by Islamist groups in Germany. The discourse is fraught with generalisations, both sides ... END_OF_DOCUMENT_TOKEN_TO_BE_REPLACED

The child of Iraqi refugees, Saman Haddad arrived in Germany twenty-five years ago at the age of thirteen. Now a well-known cultural figure in Bonn, Haddad doesn't wait for others ... END_OF_DOCUMENT_TOKEN_TO_BE_REPLACED

The Islamic Republic of Iran has been subject to sanctions ever since its creation in 1979. The more the regime has entrenched itself and expanded its power in the region, the ... END_OF_DOCUMENT_TOKEN_TO_BE_REPLACED
Author:
Arnfried Schenk
Date:
Mail:
Send via mail

END_OF_DOCUMENT_TOKEN_TO_BE_REPLACED
Social media
and networks
Subscribe to our
newsletter