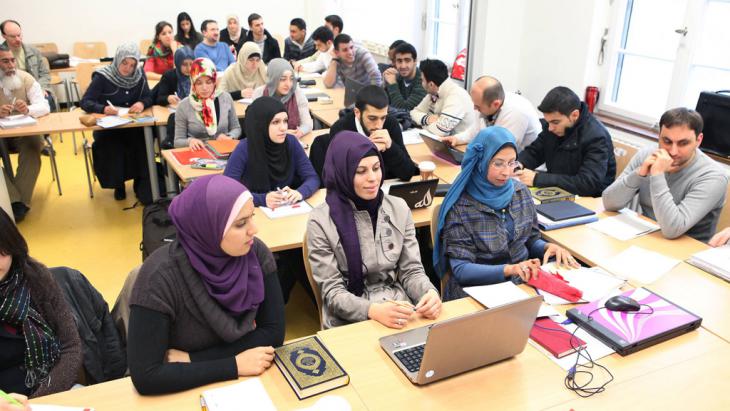 Turning over a new page

Theology and paedagogy can offer young Muslims a better alternative to the hate preachers operating on the sidelines of the faith. By Harry Harun Behr

In 2010, the German Council of Science and Humanities recommended introducing the subject of Islamic theology to German universities. The Federal Ministry of Education and Research recently decided to continue the funding. How is this relatively young subject faring today?

Theology entails academic research into the fundamentals of religion. It serves a clarifying function, and this makes the subject interesting. German Islamic theology is not only appealing to Muslim intellectuals from the nations between Casablanca and Surabaya. Under the heading "Dialogue with the Islamic world" it is also integral to foreign cultural policy.

Take an example from Tunisia. Last year, social scientists gathered for a conference in Sousse. They discussed Islam and politics in the countries affected by the Arab Spring movements, which had in the meantime yielded so many disappointing outcomes. I was asked to speak about how religious, pedagogical and political-scientific theories arise. Verses of the Koran describe how emotional and social motives can be skewed in conflicts. The interesting point here is that the question of faith itself is secondary. Expertise, pragmatism and questions of religious epistemology take precedence.

No Islamisation of the secular constitution

With respect to the constitutional discourse taking place in Arab nations, participants reached a consensus: there should be no Islamisation of the secular constitution; sharia should be seen, in the literal theological sense, as standard Islamic guidelines and methodology; the code needs to be re-formulated in accordance with democratic, civil society and constitutional standards.

Firstly, the Koran’s discourse on humanity, the world and God has a cultural-historical predetermined breaking point: sacred texts divulge how religion and law were negotiated at the time of their emergence and elsewhere. But the Koran is also grounded in a third domain, which lies between the religious and the secular: in the non-negotiable human norms of the moral good. This is where the timeless dimension of the Koran is unfolds. From a historical point of view, it is both the outcome and the starting point of theology. 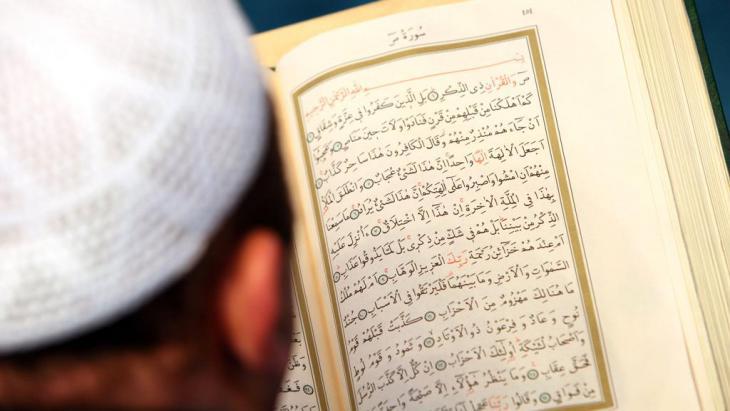 A new take on the Koran: "where the early Koranic commentator at-Tabari was still searching for clear meaning in the 9th century, the Persian Fachruddin ar-Razi was asking about the intention of the interpreter some 300 years later. This marked an initial move away from the surface of the Koran into the depth of its meaning", writes Harry Harun Behr

This ushers in an anthropological turning point in Islamic theology, which should not be seen as a renunciation of the religious traditions of Islam, but as a shift in the controls: less traditionalism, a greater understanding of the situations in which people live, less bondage to the collective, strengthening of the individual, away from Islam as a particular system and closer to Islam as a resource that enriches life.

More courage to focus on intellect and reason

The intention is to mobilise the ethical substance of Islam within the universal perspective. This also involves how the Koran is applied. Where the early Koranic commentator at-Tabari was still searching for clear meaning in the 9th century, the Persian Fachruddin ar-Razi was asking about the intention of the interpreter some 300 years later.

This marked an initial move away from the surface of the Koran into the depth of its meaning. Today the focus should be on citing the Koran in its own informative tradition. Having greater courage to focus on intellect and reason is the right way to respond to apotheosis of the document. Incidentally, there is nothing significant on this in the Koran, which describes Muhammad as "the entirety of the oration" (jawami' al-quran).

Consequently, Islamic theology should give orientation. With its introduction to the canon of university disciplines comes a cultural-political expectation: its translation into existing cultural codes and its involvement in the public discourse on overall concepts. These may currently seen to be flaring up owing to the events of New Year’s Eve in Cologne.

The latter leads on us to the question of what has to happen in the biography of a man for him to only experience sexual arousal in the context of violence. Such behaviour is associated with totalitarian structures in which ethical and moral codes are perverted to enforce assimilation. The fragmentation of physical and emotional identities this produces is thus also a problem for political systems in which Islam is used to legitimise injustice. 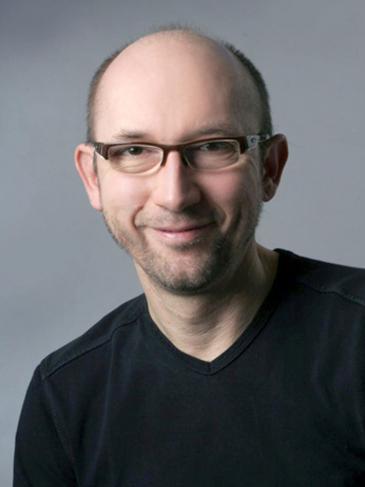 Harry Harun Behr, 53, teaches educational science with a special focus on Islam at the University of Frankfurt

With this in mind, Islamic theology is continually required to grapple with phenomena that are not a result of Islamic traditions, but arguably of Muslim living environments. The romantic fantasies of girls, who glorify the IS terror militia among other reasons because it appears to them to be the best way to liberate themselves from patriarchal submission is another issue.

From a material to a functional understanding of religion

Herein lies one of the missions of Islamic religious tuition. It does not help to make young Muslims believe that all these terrible things have nothing to do with Islam, that God is actually really nice and Muhammad is an Arab Father Christmas. Some things are so wrong that not even the converse is right. Positive discriminatory constructions are rejected by Muslim students just as much as negative ones.

Hiding behind shrill contradictions helps just as little as token Muslims at flashy conferences, because this only serves to fuel the loss of normality. Spiritual vulnerability drives many Muslim youngsters to make themselves experts on Islam even if they are not at all religious. They look for answers and want neither sermons nor soapboxes.

To cite a concrete example: the new core curricula in the state of Hessen for secondary level Islamic studies are courageous in this regard. They gently shift the controls from the material to the functional understanding of religion, because the focus is not on the special features of a religion, but on religious learning as intellectual agility in aesthetic, spiritual and analytical matters.

That this is happening with the blessing of two notoriously conservative Islamic communities is only baffling upon first glance: Hessen is thus far the only federal state to have granted them religious community status.

They now need to grow into the shoes in which they find themselves put. And as a result they are looking to academic theology for assistance. In this respect, the ministry’s strategy has paid off. It is time, with the help of Islamic theology and pedagogy, to offer the better alternative to that which claims from the sidelines to be the true Islam. Only then is faith in the universal sociological standard justified – that nonsense will not prevail.

Among Muslims, the image of women as "cossetted hijab-wearing princesses" is frequently invoked. But Muslim women have long wanted to be more. In her essay, Karoline Roscher- ... END_OF_DOCUMENT_TOKEN_TO_BE_REPLACED

The USA and NATO plan to withdraw from Afghanistan by September. The operation is risky, the outcome uncertain. Many Afghans fear civil war. The quake on the Hindu Kush will also ... END_OF_DOCUMENT_TOKEN_TO_BE_REPLACED

Even in times of war and pandemic, refugees are still being deported to Afghanistan. Several deportation flights have taken place in recent weeks alone. Since those affected often ... END_OF_DOCUMENT_TOKEN_TO_BE_REPLACED

On 7 March, Switzerland became the latest European country to vote in favour of a so-called "burka" ban. It was yet another feather in the cap of the right-wing populist Swiss ... END_OF_DOCUMENT_TOKEN_TO_BE_REPLACED

German Middle East analyst Guido Steinberg and television journalist Ulrich Tilgner have both published new books on the conflicts in the Middle East. Their analyses and their ... END_OF_DOCUMENT_TOKEN_TO_BE_REPLACED

END_OF_DOCUMENT_TOKEN_TO_BE_REPLACED
Social media
and networks
Subscribe to our
newsletter