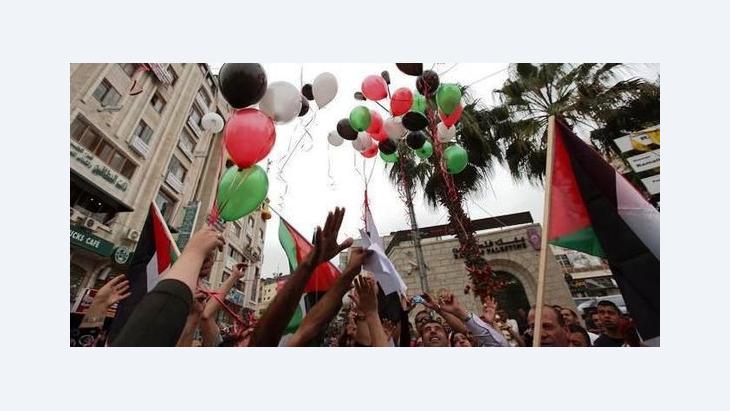 Islamism and Politics in the Middle East
Is Hamas Reinventing Itself?

﻿The signing of a new unity deal between Hamas and Palestinian President Mahmoud Abbas's secular Fatah party earlier this month has heightened an unprecedented struggle within Hamas over its future course as an Islamist movement. By Michael Bröning

In the wake of revolutionary change in the Middle East, the forces of political Islam have scored one electoral victory after another. As the West grapples with the rapid rise of moderate Islamists in Tunisia, Morocco, and Egypt, the issue of Hamas's role in the Palestinian territories looms large.

As events in recent weeks have proven, Hamas's days of near-total isolation in the Middle East are over. While most Western governments continue to consider it a terrorist organization, in Arab capitals, political embargos have given way to engagement. In December, Ismail Haniyeh, Prime Minister of the Hamas-led Palestinian Authority in Gaza, embarked on a tour of the Mediterranean that included stops in Tunis, Cairo, and Istanbul. In mid-February, he was warmly received in Qatar, Bahrain, and Iran.

A fundamental conflict over Hamas's character 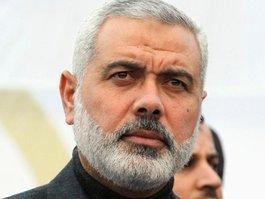 Uncompromising stance vis-à-vis Israel: In Tehran, Haniyeh pledged that Hamas's "resistance" would continue "until all Palestinian land has been liberated"

​​This political outreach, however, has not emanated solely from Gaza. In January, Khaled Mashal, the leader of Hamas's Damascus-based political bureau, embarked on a diplomatic initiative of his own, and was hosted by King Abdullah of Jordan – the first such visit in more than a decade.

In February, Mashal crowned these efforts in Qatar with the signing of the new unity agreement with Fatah, which commits both Palestinian movements to a transitional government under Abbas's leadership.

Ever since, disagreements within Hamas have been escalating, pitting the movement's Diaspora leadership against the Hamas-led Gaza administration, which has openly rejected the unity deal. While personal ambitions certainly play a role in the tensions, what lies at the core is a fundamental conflict over Hamas's character.

Haniyeh, who represents the conservative wing of Gaza's Hamas leadership, has sought to cash in on regional changes. His long-boycotted government was thrown a lifeline by regime change in Egypt and the opening of the border with Gaza. Notably, Haniyeh's recent diplomatic tour garnered not only symbolic recognition for Hamas, but also support for his uncompromising stance vis-à-vis Israel. He missed no opportunity to criticize "futile" peace negotiations, and, in Tehran, he pledged that Hamas's "resistance" would continue "until all Palestinian land has been liberated."

What that means needs little clarification. In a further telling move, Haniyeh also recently suggested merging Hamas with the Islamic Jihad movement, which continues to target Israeli civilians with rockets fired from Gaza. 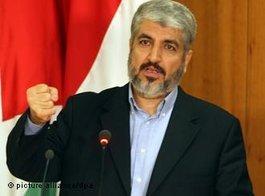 Khaled Mashal has come to represent a force of change within Hamas writes Bröning. In May this year, Hamas's main leader called for a cessation of violence, and accepted the notion of a Palestinian state on the 1967 borders

​​Mashal, by contrast, has come to represent a force of change. Last May, he signed an initial reconciliation agreement with Fatah in Cairo, which committed Hamas to a Palestinian unity government, called for a cessation of violence, and accepted the notion of a Palestinian state on the 1967 borders. Mashal also offered Abbas a one-year mandate for negotiations with Israel, and, unlike Haniyeh, supported recent Israeli-Palestinian "exploratory talks" in Jordan.

One reason for Mashal's change of heart can be found in the ongoing popular revolt in Syria against President Bashar al-Assad. The leader of the Sunni Hamas can no longer support his Syrian host, who has cracked down on the Sunni-dominated opposition. Thus, Mashal has attempted to close ranks with Fatah, and has abandoned Hamas's Diaspora headquarters in Damascus – a powerful symbol of his efforts at re-invention.

But Mashal's refusal to support Assad has not only forced him to re-locate. It has also unleashed the wrath of Syria's ally, Iran, which has responded by scaling down its financial support for Hamas – thus denying Mashal a key source of influence within the movement. Indeed, Mashal's decision has effectively ended his ties to his two most important allies, thereby not only weakening his position, but also increasing his readiness to embrace political moderation.

Tensions increased dramatically when Mashal signed the unity agreement with Fatah, after stating his intention to resign as head of the political bureau. While that announcement may have been political blackmail aimed at forcing Gaza into line, it underscored Mashal's confidence in his popularity, which has since been vindicated by expressions of support from both within and outside of the political bureau for him to remain in charge. 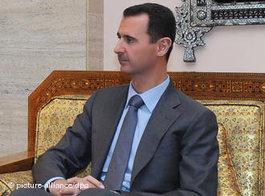 A farewell to Damascus: By refusing to support Syria's president Assad, Khaled Mashal weakened his position, but also signalled he might embrace political moderation

​​Mashal has more than one option. He may reemerge as the head of a newly established Palestinian branch of the Muslim Brotherhood, or as a leader of a new Islamist political party under the umbrella of the Palestine Liberation Organization. Such a merging of Hamas with the established Palestinian political organizations would signify Hamas's formal acceptance of a two-state solution, and would mark an important step in transforming the movement.

For the West, using the opportunity to influence Hamas's future course requires modifying the failed policy of all-encompassing rejection. As in Egypt, Morocco, and Tunisia, Islamist moderates in the Palestinian territories need to be engaged as a legitimate political force.

Leaders such as Mashal, who has expressed a readiness to forsake alliances with Syria and Iran and to accept a two-state solution with Israel, should be bolstered rather than boycotted. That means supporting the ongoing effort to form an interim Palestinian government of technocrats, as stipulated in the Qatar agreement.

At times, such an approach will be challenging; Hamas will undoubtedly prove to be a difficult counterpart. But the United States, European governments, and Israel should take this opportunity to engage Hamas's moderates and test their flexibility. In the new Middle East, the West's current approach will only strengthen the hardliners in Gaza and elsewhere.

Michael Bröning is Director of the Friedrich-Ebert-Stiftungin Jerusalem, a political foundation affiliated with Germany's opposition Social Democratic Party, and the author of The Politics of Change in Palestine.

Welcome to the world of Al Qasar, where Arabic music collides head-on with punk and psychedelic to create something powerful and beautiful. "Who Are We" is a raucous, subversive ... END_OF_DOCUMENT_TOKEN_TO_BE_REPLACED

Egyptian authorities have Mada Masr in their sights once again after critical reporting. But the editor of the country's last independent news source is adamant they will continue ... END_OF_DOCUMENT_TOKEN_TO_BE_REPLACED

Like Christianity, Europe's history is one of migration. Both have strong roots in the Orient and in cultures thousands of years old. Cultural historian Bernhard Braun invites us ... END_OF_DOCUMENT_TOKEN_TO_BE_REPLACED

When she ascended the throne, millions of Muslims still lived under British rule. Later, Elizabeth II appealed for tolerance in a multi-religious society. She was the first ... END_OF_DOCUMENT_TOKEN_TO_BE_REPLACED

END_OF_DOCUMENT_TOKEN_TO_BE_REPLACED
Social media
and networks
Subscribe to our
newsletter