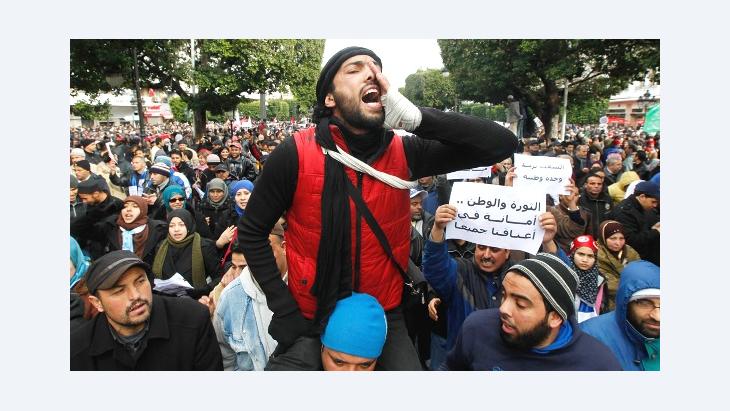 Islamism and Secularism after the Arab Spring
Muslim's Multiple Modernities

For Muslim societies, the way to democracy will inevitably involve religious politics, says Nader Hashemi in his essay. And for historical reasons, he argues, Muslim societies will develop different concepts of democracy than the ones common in the West

﻿Two years after the start of the Arab Spring, a discernible set of political trends confirm an argument I made in my book Islam, Secularism and Liberal Democracy: Toward a Democratic Theory for Muslim Societies. I argued that in Muslim societies the road to democracy, whatever twists and turns along the way, "cannot avoid passing through the gates of religious politics". What I meant by this was twofold. 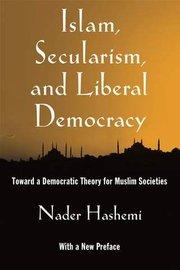 In Muslim societies the road to democracy "cannot avoid passing through the gates of religious politics," Nader Hashemi writes

​​First, the role of religion in politics needed to be democratically negotiated in emerging Muslim democracies and that political secularism had to be earned and not assumed. It was a fallacy to presuppose that Muslim societies had long grappled with the deeply emotional and divisive issue of the normative role of religion in politics and that a broad democratic consensus exists on the topic.

Stated differently, Western history is not universal history, and it is analytically flawed to assume that the Muslim world has had the same historical experience as the West with respect to negotiating the proper role of religion in government.

Secondly, I argued that religious-based parties and religious intellectuals could play a critically important role in the democratization of their countries provided they reconciled their political theologies with universal standards of human rights and the modern demands of democracy. This latter development is taking place – gradually, to be sure, but its manifestation is undeniable.

For example, the prominent role played by the Islamist Ennahda party in leading Tunisia's democratic transition demonstrates that forms of religious politics and democratic development are indeed compatible. While the case of Egypt and religious-based parties is more complex, a similar trend is visible in this country as well.

The indigenization of "Islamic secularism"

Looking ahead, it is clear that the transition and consolidation of democracy in Muslim societies will continue to be deeply intertwined with the ability of religious-oriented political actors to develop and indigenize a form of political secularism that is compatible with their cultural traditions.

In order to sustain and bolster democracy, this indigenization of "Islamic secularism" will have to approximate what the scholar Alfred Stepan has called the "Twin Tolerations", meaning that there must be a clear distinction and mutual respect between political authorities and religious bodies.

Achieving this will be difficult, partly because this process is inherently conflict-ridden but also due to the brutal legacy of the post-colonial secular state in the Arab-Islamic world and the secular nationalist ideologies that bolstered it. 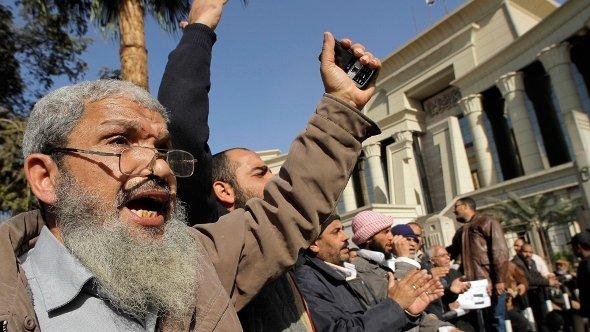 "Negotiating the proper role of religion in government": In Egypt Islamists and a wide ranging liberal-led opposition are currently at loggerheads over the issue of Islam and politics

​​In Syria today, for example, the Assad regime justifies its rule partly in the name of secularism. At the same time it has responded to pro-democracy protests with such extreme brutality that Amnesty International, Human Rights Watch, and the UN Independent International Commission of Inquiry on Syria have all charged the Syrian regime with pursuing a policy of state-sanctioned war crimes and crimes against humanity.

As a consequence, the challenges facing democrats in Syria in the likely aftermath of the demise of the secular dictatorship in Damascus will be formidable, especially in terms of reconstituting an authentic form of political secularism on the ruins of a rapacious secular post-colonial regime.

Erdoğan's defence of secularism in Egypt

Furthermore, the challenges facing the Arab-Islamic world with respect to political secularism were on display in September 2011 when Turkish Prime Minister Recep Tayip Erdoğan, whose country is viewed by mainstream Islamists as something of a political model, travelled to Egypt and was hailed as a hero.

Thousands of people, mostly supporters of the Muslim Brotherhood, came out to catch a glimpse of the Turkish leader. When they saw him they cheered: "Erdogan! Erdogan! A real Muslim and not a coward," and "Turkey and Egypt, a single fist. The blockade [of Gaza] will be broken."

As part of his media blitz Erdoğan was interviewed on the popular Egyptian talk show 10 O'clock, where he defended the concept of secularism. "Don't be wary of secularism. I hope there will be a secular state in Egypt," he stated. He went on to clarify that to "Egyptians who view secularism as removing religion from the state, or as an infidel state, I say you are mistaken. It means respect to all religions... If this is implemented, the entire society will live in safety."

The reaction to these comments from the Muslim Brotherhood was revealing. Their passion and enthusiasm for the Turkish Prime Minister quickly soured. He was suddenly accused of interfering in Egypt's internal affairs and seeking to dominate the region. New questions were raised about Erdoğan's status as a hero and to what extent Turkey could be a role model for the Arab world.

A question of terminology

The explanations for this are rooted in the different legacies of modernization that Muslim societies experienced during the 20th century. The Turkish experience with secularism and democracy has been qualitatively distinct from that of the Arab world, where the word secularism is a conversation stopper. The neologism that seems to be emerging, which is conceptually distinct from both a secular state and an Islamic state, is al-dawla al-madaniya (civil state). This is what mainstream Islamist parties claim to aspire to.

A consensus on the meaning of this term, especially as it relates to key issues such as minority rights, gender, the nature of the legal system and the separation of powers, is currently "under construction" and being vigorously debated in the Arab world. The opening of political space and the flourishing of multi-party politics will inevitably provide clarity on these issues. To the extent that Tunisia is a harbinger of what an Islamist-led "civil state" might look like, there are grounds for optimism. 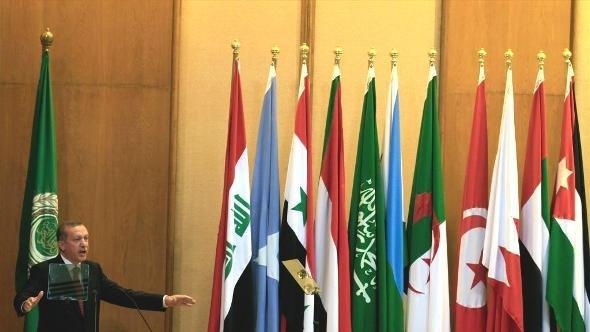 "A real Muslim and not a coward!" - During a visit to Egypt, Turkey's Prime Minister Erdoğan defended the concept of secularism. "Don't be wary of secularism. I hope there will be a secular state in Egypt," he stated. The statement caused quite a stir in Egypt and the Arab-Islamic world

​​In many ways Tunisia represents a bright spot in the Arab Spring, particularly in terms of reconciling the tensions between Islam, secularism, and democracy. Rashid Ghannouchi, the intellectual leader and founder of Ennahda, has been leading the way. Through a series of interviews and lectures he has begun the process of reconciling the tensions between secularism and Islamic political thought. The way he has proceeded to do so is revealing.

He has repeatedly rejected and condemned the application of secularism to Tunisia, but in the same breath he has also stated that "we provide guarantees for all Tunisians whether secular or Islamic. We believe the state is based on the principle of citizenship. People despite their differences and attitudes, men and women, should enjoy equal rights in Tunisia. All are equal before the law regardless of their beliefs." How to make sense of this formulation?

What Ghannouchi seems to be saying is that he accepts the important values that flow from political secularism (as understood in the Western tradition) and which modern democracies require (popular sovereignty and equality of citizenship), yet he rejects the word secularism because of its negative association with the ravages of the post-colonial state in the Islamic world. In other words, political secularism is fine as long as we call it by another name and don't invoke the dirty "s" word. 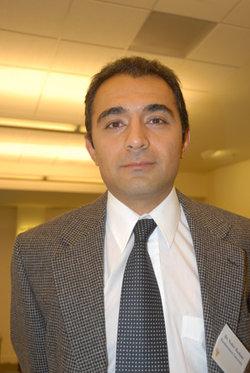 ​​In a more detailed treatment of the topic, Ghannouchi delivered an important lecture on Islam and secularism in March 2012, where he provided a highly nuanced, historically-rooted comparative analysis that amounts to a political theory for Muslim secularism. The influence of the religious-friendly American version of secularism on Ghannouchi's thinking is clearly evident in his thoughtful treatment of the topic. The two key passages are the following:

"The issue of the state's neutrality involves a great deal of risk and adventure. If what is meant by the separation between religion and state is that the state is a human product and religion a divine revelation, as the distinction was made clear [earlier] in the context of the early Muslims between the realm of revelation (wahy) and what was the realm of the political, then it is OK. But if what is meant is the separation in the French sense or in accordance with the Marxist experience then we may engage in a dangerous adventure that may harm both religion and state."

Echoing John Locke, Ghannouchi concluded: "The primary orbit for religion is not the state's apparatuses, but rather personal, individual convictions. The state's duty, however, is to provide services to people before anything else, to create job opportunities, and to provide good health and education, not to control people's hearts and minds."

These debates and political transformations remind us of the sociologist Shmuel Eisenstadt's concept of "multiple modernities." Eisenstadt argued that the cultural program of transformation and the basic institutional arrangements that emerged in Europe are not the only path to modernity. Other cultures and regions travel diverse pathways and have varied experiences in their modernization processes. In other words, one model does not fit the entire world, especially when it comes to reconciling the deep tensions and contractions between religion, secularism, and democracy.

This observation has special relevance to the case of the contemporary Arab-Islamic world and should be kept in mind as we attempt to understand the unfolding events of the Arab Spring and the unique path of democratic development that Muslim societies are currently traversing.

Any reconciliation between Turkey and Syria’s Assad regime would have disastrous consequences for many Syrians, explains Syria expert Kristin Helberg END_OF_DOCUMENT_TOKEN_TO_BE_REPLACED

There are signs of an imminent normalisation of relations between Turkey and Syria. This would allow Erdogan to score political points domestically before the upcoming elections ... END_OF_DOCUMENT_TOKEN_TO_BE_REPLACED

As Syrian camps housing families of Islamic State fighters get more dangerous, there are calls to bring children out, even if the mothers don't want to go. The idea of separating ... END_OF_DOCUMENT_TOKEN_TO_BE_REPLACED

Where are the measures to deal with the looming challenges facing the Arab world? In this commentary, Marwan Muasher warns that the region is in grave danger of falling behind ... END_OF_DOCUMENT_TOKEN_TO_BE_REPLACED

At the end of every year, the team at Qantara.de gives you a run-down of the ten most-read articles on the site over the past 12 months. Here is a quick overview of the stories ... END_OF_DOCUMENT_TOKEN_TO_BE_REPLACED

Social engagement is often motivated by religious factors. A new book explores the background to these community efforts and appraises how effective they are in helping to ... END_OF_DOCUMENT_TOKEN_TO_BE_REPLACED
Author:
Nader Hashemi
Date:
Mail:
Send via mail

END_OF_DOCUMENT_TOKEN_TO_BE_REPLACED
Social media
and networks
Subscribe to our
newsletter