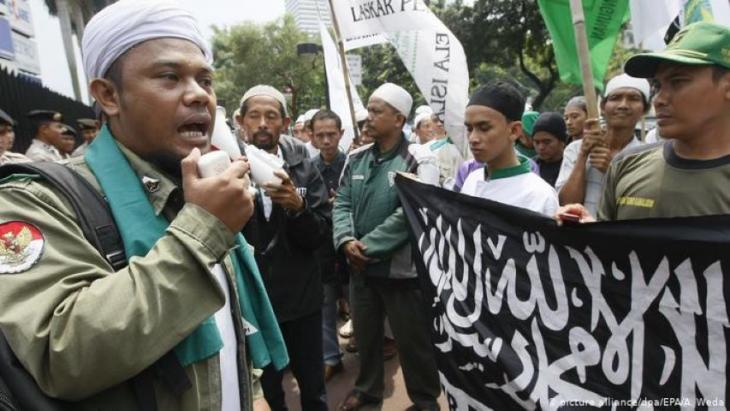 A recent knife attack on the security minister of Indonesia is a reminder of the danger of Islamist extremism in Southeast Asia. Security measures alone are not enough to combat radicalisation, say experts. By Rodion Ebbighausen

Indonesian Security Minister Wiranto was stabbed twice as he was getting out of a car in the city of Pandegland in West Java at the beginning of October. He suffered severe injuries and is currently being treated at a military hospital in Jakarta. The minister is said to be in a stable condition.

Wiranto's attacker was 31-year-old Syahril Alamsyah, a member of the terrorist organisation Jamaah Ansharut Daulah (JAD). JAD is one of the many terrorist groups in Southeast Asia that have allied with the Islamic State group (IS).

Other outfits include Abu Sayaf and the Maute group in the Philippines, along with more than a dozen Islamist terror organisations that are active across Thailand, Malaysia, Indonesia, Singapore and the Philippines.

However, not all of these groups have joined IS. For example, the terror group Jemaah Islamiyah (JI) in Indonesia carried out a bombing on the island of Bali, a famous tourist destination, in 2002 that killed over 200 people. After this attack, security forces were able to get JI mostly under control. But experts say that JI is back, strengthening its network.

Zachary Abuza, a Southeast Asia expert at National War College in Washington DC, and Colin P. Clarke of the RAND Corporation recently wrote a report on the security blog Fortuna's Corner concluding that "Southeast Asia may be the newest breeding ground for militant Islam." 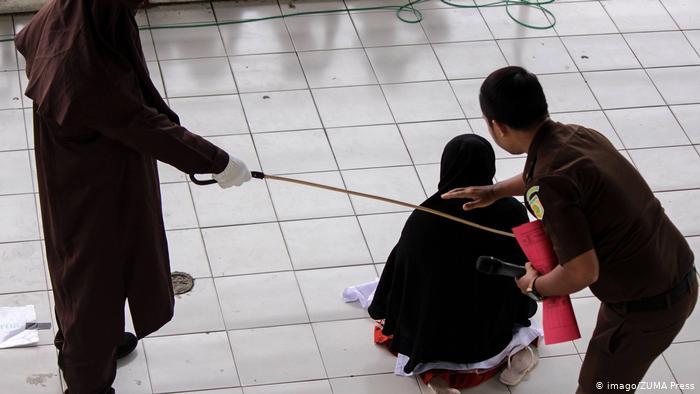 Islamisation of Indonesian society: younger Indonesians, in particular, are increasingly advocating a conservative interpretation of Islam, with populist political parties more than willing to fulfil such demands. The religious tolerance enshrined in Pancasila has been undermined in recent years, with regions such as Aceh gaining special rights to enforce their fundamentalist moral concepts

After IS lost its territory in Syria and Iraq in March 2019, it transformed itself into a decentralised, global terror organisation. Spread over thousands of islands, Southeast Asia is difficult to control and is favourable for infiltration by IS.

After the April 2019 attacks in Sri Lanka, Susanne Schroeter, director of the Frankfurt Research Centre for Global Islam, said that "jihadist structures" with an international backing are "everywhere in South and Southeast Asia."

Terrorist groups in Southeast Asia have been joining ranks with IS since 2014. Since 2016, IS publishes its newsletter "al-Fatihin" (the conqueror) every week in Malayan and Indonesian. There have been 11 suicide attacks in Indonesia since 2018, and six in the Philippines. Regional newspapers report the arrest of Islamist militants nearly every week.

In Malaysia alone, more than 500 terror suspects have been imprisoned in the past six years and the country is expecting more extremists to return from Iraq and Syria. According to the Malaysian newspaper Benar News, 53 Malaysians and 100 Indonesian fighters for the IS are expected back home. 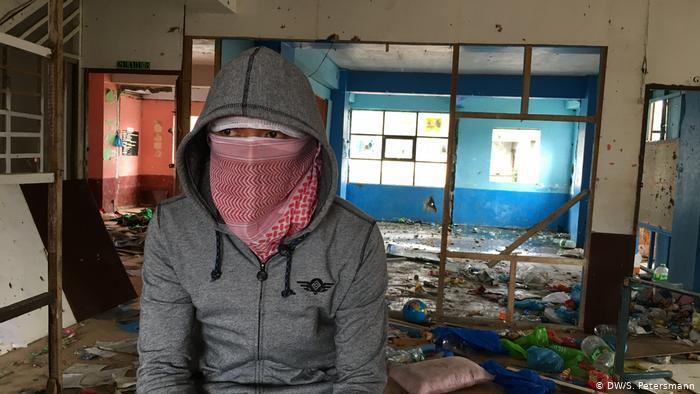 Advance identification of Islamists increasingly difficult: "It is not the case that security services aren't aware of what's going on around them. But they can only issue warnings and first intervene when a terrorist attack is imminent," says Indonesian security expert Stanislaus Riyanta. "Terrorists have adapted their strategy to the tighter laws, and are now carrying out individually planned attacks using smaller terror cells"

The brutal fighting that occurred around the Philippine city of Marawi on the island of Mindanao between May and October 2017 is a sign of what Islamist militants are capable of. They were able to take over the city of 200,000, and battled the Philippine military for months in a stand-off that destroyed most of the city. More than 50,000 people in Marawi still live in emergency shelters.

Experts have varying assessments of the anti-terror measures used by governments in the region. In Indonesia, a new anti-terror law has resulted in the arrest of hundreds of suspects since 2018. Wiranto's attacker was known to Indonesian authorities as a radical. Indonesian security expert Stanislaus Riyanta said that the man hadn't been arrested before the attack, because he had yet to commit a crime.

"It is not the case that security services aren't aware of what's going on around them. But they can only issue warnings and first intervene when a terrorist attack is imminent," he said. "Terrorists have adapted their strategy to the tighter laws, and are now carrying out individually planned attacks using smaller terror cells. Because of this, it will be more difficult to identify them in time."

Regarding the Philippines, U.S.-based experts Abuza und Clarke point out that security forces committed massive human rights violations during their operations that pushed many people, who were also dissatisfied with the government in Manila, toward the Islamists. Jihadists also used examples of reckless military operations for their own propaganda.

Undermining the principles of Pancasila

To combat radicalisation and terrorist structures, security measures alone are not enough, experts say. Berthold Damshaeuser, an Indonesia expert at the University of Bonn, said that he has been observing a "growing intolerance” in the region for years.

Younger Indonesians, in particular, are increasingly advocating a conservative interpretation of Islam, he said, pointing out that populist political parties have been more than willing to fulfil these demands. This, in turn, is leading to the increasing Islamisation of society, Damshaeuser explained.

Religious tolerance is supposed to be one of the five fundamental principles ("Pancasila") guiding the Indonesian state. But observers say this principle has been undermined in recent years, with regions such as Aceh gaining special rights to enforce their fundamentalist moral concepts.

The increased emphasis on the interests and rights of the individual regions in the modernised Indonesian constitution has encouraged the strengthening of fundamentalism, say experts. According to Susanne Schroeter, the Indonesian government needs to strengthen the overarching democratic principles of the country’s constitution, thereby exposing regional Islamist excesses for what they are.

We are in favour of human rights. But One Love armbands are self-righteous and ignore some fundamental issues. Stefan Buchen examines the debate surrounding the World Cup in Qatar END_OF_DOCUMENT_TOKEN_TO_BE_REPLACED

With its traditions of neutrality and non-alignment, Indonesia has had to tiptoe around the Ukraine war debate. Pro-Russia sentiment in the region complicates Jakarta's foreign ... END_OF_DOCUMENT_TOKEN_TO_BE_REPLACED

Calls for an environmentally-conscious form of Islam are growing in Indonesia, as climate change poses enormous ecological challenges for the country. Experts say it could change ... END_OF_DOCUMENT_TOKEN_TO_BE_REPLACED

Indonesia has become a primary battleground between democratic and autocratic visions of Islam in the 21st century, with Nahdlatul Ulama pitted against Abdullah bin Bayyah, a ... END_OF_DOCUMENT_TOKEN_TO_BE_REPLACED

END_OF_DOCUMENT_TOKEN_TO_BE_REPLACED
Social media
and networks
Subscribe to our
newsletter