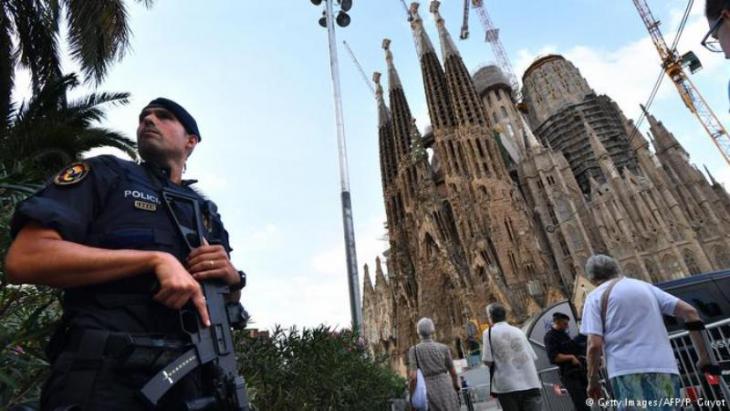 Islamist extremism in Morocco
Time for a rethink

Despite the hardline approach taken by the Moroccan state over the years in its dealings with Islamist extremists, the Maghreb nation is still viewed as the world's biggest "terrorist exporter". What's going wrong? Answers from Ali Anouzla

Of all the terrorist attacks recently carried out in several European countries, many have involved young attackers from Morocco or other Maghreb nations, in particular Tunisia and Algeria. In addition, more people from Maghreb nations have joined the terror organisation IS than from all other Arab countries put together. In the wake of each and every attack involving perpetrators from Morocco or other Maghreb countries, the question is posed yet again as to why young men from these nations are driven to extremism.

In the case of Morocco – and in particular with regard to the Moroccan youths who planned and carried out the attacks in Spain – the question appears more than justified. This is the only way to understand the more profound reasons why young Moroccans, who are still in the early years of their lives, fall into the extremist trap and become "jihadists" within terrorist organisations, formerly in Afghanistan, today in Europe and the crisis regions of Iraq, Syria and Libya.

As we now know from the "profiles" of those who carried out the most recent attacks in Spain, all were born in Morocco, but grew up in the diaspora. All of them, without exception, underwent a brainwashing process aimed at turning them into killing machines capable of carrying out horrific attacks of this kind. This follows the same pattern observed in the case of several attackers conducting earlier attacks in France and Belgium.

This unsettling situation throws up questions regarding the strategy pursued by Morocco for more than 14 years now in the battle against terror and necessitates a critical evaluation of this approach.

Following the terrorist attacks that shook Casablanca in 2003, Morocco – which had up to that point been spared terror – implemented a multi-dimensional strategy to combat extremism along with its social causes and ideological roots. This strategy is based on four levels:

The first level is the fight against poverty and social inequality, to deny extremism its social breeding ground and remove flashpoints marked by the poverty, marginalisation and hopelessness that produces the youngsters that fall victim to extremism. To realise this goal, Morocco created the "National Human Development Initiative" in 2005, in which it has invested more than two billion U.S. dollars in recent years. 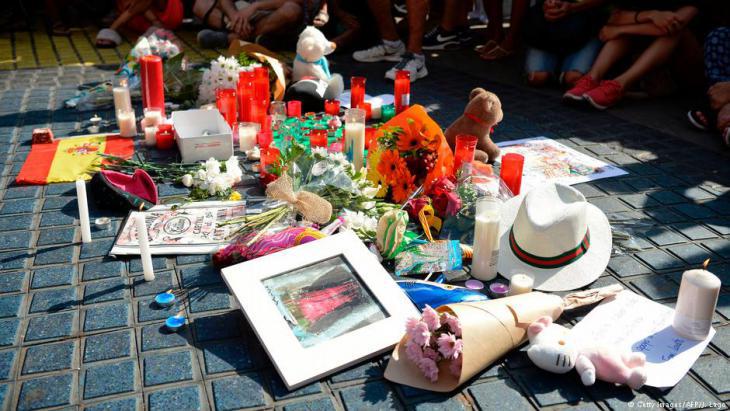 Distress and grief following the attacks: in August 2017 a 22 year-old Moroccan ploughed his delivery van into crowds on Barcelona′s famous Las Ramblas promenade. On the same day attackers drove a car into a group of pedestrians in Cambrils on the Catalonia coast. The combined death toll came to 16 and more than 120 people were injured. Five terrorists were killed by the police. Islamic State claimed responsibility for the atrocities

But in a speech to mark a public holiday last July, the Moroccan King Mohammed VI conceded that outcomes have been unsatisfactory and fallen short of expectations.

Morocco, said the King, is still experiencing a period of "enormous contradictions that are difficult to understand". This is because in 2005, at the start of the initiative, Morocco was ranked 122 on the global United Nations Human Development Report. And although the declared goal of the initiative was to eliminate socio-economic causes by reducing the poverty and hopelessness that could drive Moroccan youth into the clutches of extremist ideologies, in 2016 Morocco still ranked 123 on the same index – out of a total of 188 nations.

The second level of Morocco's strategy to combat extremism is legislative in nature: 2003 saw the passing of a strict anti-terror law, the safeguarding of which has nevertheless resulted in several repressive actions documented by various human rights organisations. King Mohammed VI himself even conceded this in one of his rare interviews, given to the Spanish newspaper El Pais in 2005. In the interview, he also admitted instances of legal transgressions in the arrests that followed the Casablanca attacks. More than 7,000 people were detained at the time. Many of them received long custodial sentences – indeed some of these people are still behind bars.

Home
Print
Newsletter
More on this topic
Breaking the Middle East′s cycle of terror: The two-pronged strategyMorocco and the return of autocracy: Playing with fireMorocco's blighted Rif region: So little to do – so much time
Related Topics
'Islamic State' | IS, International terrorism, Islamism | Political Islam, Jihadism | Jihadists, Mohammed VI of Morocco, Radicalisation, Salafis | Salafism
All Topics

Tunisia's economic and political instability and the increasing reluctance of Europe to take in job-seeking migrants is leading many Tunisians to head for sub-Saharan Africa in ... END_OF_DOCUMENT_TOKEN_TO_BE_REPLACED

Charting his own descent into extremism, former Moroccan jihadist Adil El Hasani reveals how he was ultimately able to extricate himself from the grasp of those peddling religious ... END_OF_DOCUMENT_TOKEN_TO_BE_REPLACED

The history of Jews and Muslims is far more entangled than you might imagine – but you have to listen out for it. In "Recording History", Christopher Silver takes us on a sonic ... END_OF_DOCUMENT_TOKEN_TO_BE_REPLACED

Welcome to the world of Al Qasar, where Arabic music collides head-on with punk and psychedelic to create something powerful and beautiful. "Who Are We" is a raucous, subversive ... END_OF_DOCUMENT_TOKEN_TO_BE_REPLACED

A conflict rooted in identity is currently gaining traction in Morocco. It began with demands to relieve the "burden" of Fusha (classical Arabic) by implementing a linguistic ' ... END_OF_DOCUMENT_TOKEN_TO_BE_REPLACED

The Women's Africa Cup this year in Morocco was a resounding success. The Moroccan team was the first Arab women's football team to qualify for a World Cup. By John Duerden END_OF_DOCUMENT_TOKEN_TO_BE_REPLACED
Author:
Ali Anouzla
Date:
Mail:
Send via mail

END_OF_DOCUMENT_TOKEN_TO_BE_REPLACED
Social media
and networks
Subscribe to our
newsletter