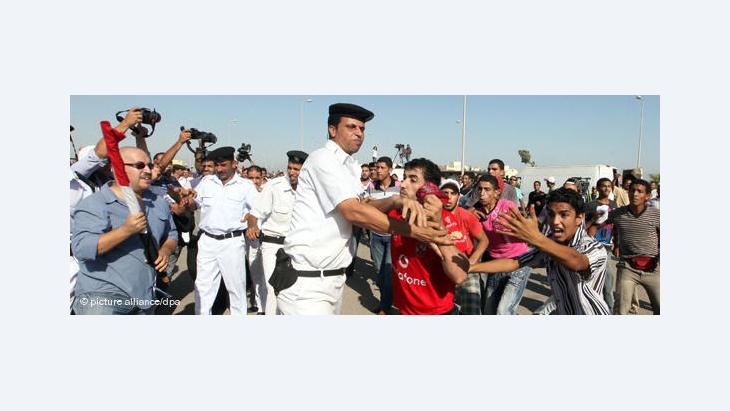 The large Islamist protests in Tahrir Square on Friday, July 29 raised strong religious slogans that reverberated around the Arab world and raised questions about whether the Arab Spring was headed toward pluralist democracy or Islamist authoritarianism.

Until recently, pluralist and pro-democracy slogans had dominated demonstrations in Egypt and elsewhere and Islamist groups were careful to stay within those bounds. But last Friday, amid tension over the drafting of the new Egyptian constitution, Islamists decided to stage a show of force, underlining serious divisions among political groups in Egypt and elsewhere in the Arab world. What is the significance of this division and what impact might it have on Egypt and the Arab Spring?

Interpretations differ over the significance of the Friday protests themselves. No doubt they were large, with hundreds of thousands of people participating. But in a country of 85 million people, if that crowd represents the bulk of the Islamists' support, then they are in the minority.

On the other hand, if that is just the tip of the iceberg, then their power is overwhelming. That is an issue only free and fair elections – now tentatively scheduled for November – can resolve. Most estimates still put the Islamists as winning a large minority in the new parliament, but not an outright majority.

The media impact of the protests also needs to be assessed. The crowds' chants of "Islamic, Islamic" carried on live broadcasts are bound to resonate with a religious population both in Egypt and the Arab world. On the other hand, wide sections of Egyptian and Arab public opinion might also recoil from the model of government and society being offered by the Islamists: shari'a law and the empowerment of clerics. 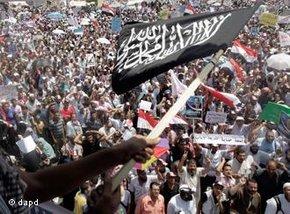 A show of force: The Friday protests have unleashed a clear struggle over the fate of the Arab Spring, writes Paul Salem

​​Nevertheless, the Friday protests have unleashed a clear struggle over the fate of the Arab Spring. The first phase showed agreement on the goal of unseating dictators. After initial success, however, no consensus exists about the second phase: what system of government and society should be chosen to replace it.

Among the Islamists, there is division and variety as well. The protests last Friday were a show of force but not a show of unity. Indeed, Salafists and radicals might have hurt the electoral chances of Islamic moderates by hijacking the event in favour of their own slogans.

A moderate and young wing in the Muslim Brotherhood sees much in common with their pro-democratic and more secular brothers and sisters with whom they waged the revolution. They envision an inclusive pluralist democracy in which they, as Islamists, can participate – alongside other parties – in pushing forward their ideas. They look to the Turkish model and wish the Brotherhood would become more like the Justice and Development Party (AKP).

A more conservative trend within the Brotherhood accepts multi-party politics, but strongly believes that the constitution and laws should strictly follow the shari'a. There are democrats among the Salafis as well, but other more radical groups among them reject multi-party democracy and want to establish a full-fledged Islamic state. It is not clear how the Islamist trend in Egypt will manage these divergent tendencies in the upcoming elections.

The Muslim Brotherhood, as the largest Islamist group in Egypt, has a strong responsibility to clarify its position in the coming weeks. Will it deal with its internal trends in a democratic and inclusive way, or will it revert to old authoritarian and patriarchal methods? And is it going to remain part of the broad political coalition that waged the revolution, or will it attempt – now that the dictator has been removed – to hijack the revolution in its direction?

The raising of Islamist slogans, especially if they are sustained and enjoy strong media coverage, will have a significant impact on public opinion and developments elsewhere. In Syria, the uprising is struggling with tension between Islamist and wider pro-democratic coalitions. Tunisia is also facing the uncertainty of the future role and influence of the Islamist Nahda Party. 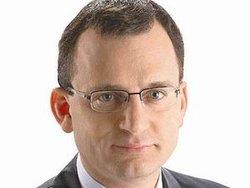 Paul Salem is the director of the Carnegie Middle East Centre, based in Beirut, Lebanon

​​Conservative forces in the Arab world, particularly in the Gulf area, might welcome an Islamist takeover. It would slow the wave of democratization by showing that it simply leads to Islamization, and it would reinforce Islamist viewpoints against the encroachment of secular ideas on society.

However, conservative forces in the Gulf should be careful about what they wish for: an Islamist Egypt would probably have a very difficult time managing its strategic and economic relations. It is likely to develop political and economic conditions similar to those of Pakistan. Gulf elites should consider whether it is in their best interests to have another Pakistan in their neighbourhood rather than another Turkey.

For the West, last week's protests raise the ominous prospect that drawn-out transitions might end up favouring radical groups. The best and only way forward is to move rapidly toward free and fair elections: this will cut each group down to its real size, and move mob sloganeering into debates within parliamentary chambers.

The only acceptable cure for the dangers of freedom is more democracy.

The writer is the director of the Carnegie Middle East Centre, based in Beirut, Lebanon.

Algeria‘s regime is again cracking down on anti-fracking activists and the unemployed in the country‘s south. Yet EU countries remain keen to scale up their energy cooperation ... END_OF_DOCUMENT_TOKEN_TO_BE_REPLACED

The murder of a female student at Mansoura University in the Nile Delta has sparked a long overdue debate on femicide in Egypt. Karim El-Gawhary reports from Cairo END_OF_DOCUMENT_TOKEN_TO_BE_REPLACED

Syria, Egypt, Saudi Arabia and the UAE are among those countries increasingly misusing cybercrime legislation to silence dissent and curb freedom of speech. Could a new global ... END_OF_DOCUMENT_TOKEN_TO_BE_REPLACED

Egypt hopes to jump-start the action needed to face a warming world when it takes the presidency of major UN climate talks in November, but warns that countries need a "reality ... END_OF_DOCUMENT_TOKEN_TO_BE_REPLACED

A ceasefire has been in effect in Libya for the past year and a half. Yet after Russia's attack on Ukraine, another proxy war looms in Africa's most oil-rich country. Mirco ... END_OF_DOCUMENT_TOKEN_TO_BE_REPLACED

It is the biggest order in the history of the Siemens Group: a 2,000-kilometre railway network for high-speed trains is to be built in Egypt. But the project raises numerous ... END_OF_DOCUMENT_TOKEN_TO_BE_REPLACED
Author:
Paul Salem
Date:
Mail:
Send via mail

END_OF_DOCUMENT_TOKEN_TO_BE_REPLACED
Social media
and networks
Subscribe to our
newsletter