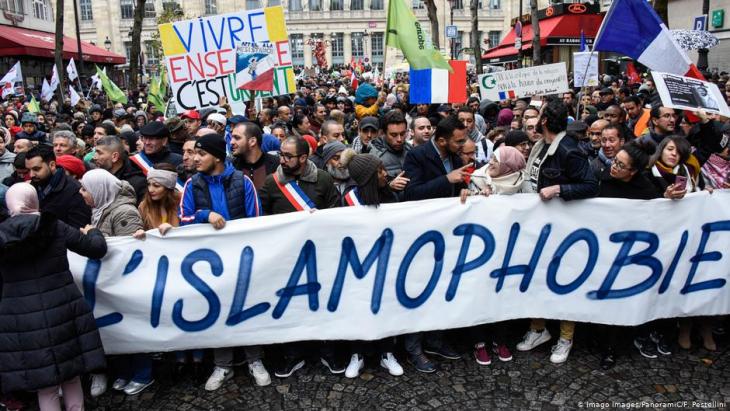 In Grenoble, France, two professors have been pilloried in a dispute over the use – or otherwise – of the term Islamophobia. Is freedom of speech in jeopardy? By Stefan Dege and Heike Mund

"Fascists in our lecture halls! Dismiss Professor Kinzler! Islamophobia kills!" read the large banners hanging at the University of Grenoble. Activists from the French student union Unef also posted the slogans online. Five months after the brutal murder of history teacher Samuel Paty, being accused of Islamophobia is not something that is taken lightly in France. Following a debate that sparked outrage at the Grenoble Institute of Political Studies, two professors are under police protection.

Here's how it happened: 3 1/2 months ago, students and teachers at the university were discussing the title of a planned seminar on the topic of equality. Should "Islamophobia" be included alongside "anti-Semitism" and "racism"? Professor Klaus Kinzler, who teaches German language and culture at the university, felt that Islamophobia wasn't comparable to anti-Semitism. Following his advice not to include the term "Islamophobia" in the title of the seminar, he was excluded from the email discussion.

Part of the intellectual extreme left, Kinzler explained, now regards every Muslim as a victim to be defended – "even if, of course, this provides ammunition and arguments for Islamists." The current debate was also, apparently, affected by what Caroline Fourest describes in her book "Generation offensee" (Generation offended). 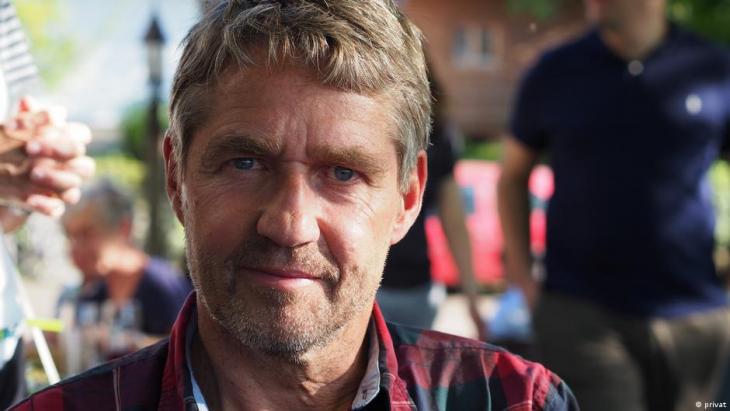 Persona non grata: for many of his colleagues, Klaus Kinzler is now the "reactionary right-wing saboteur" who has damaged the reputation of his institute. "I can live with that. I have done nothing but defend democracy. I defended myself, I defended my colleague and I defended academic freedom"

For example, some Muslim students had complained about the professor, saying they no longer wanted to work with him because he had offended them with his arguments. "So they cannot discuss with someone who does not share their opinions," responded Kinzler. They were also apparently unaware that the Stuttgart-born professor is married to a Muslim. Then when another professor showed solidarity with Kinzler, the student union Unef targeted him as well.

At this point France's interior minister for citizenship, Marlene Schiappa, intervened: following the decapitation of the teacher Samuel Paty, the current hate campaign against the professors was "a particularly disgusting act," said Schiappa in a TV interview. The Unef had actively "put the life of professors in mortal danger," she added.

A reflection of France's integration problem

German historian and author Philipp Blom sees in France's current discussions on Islamophobia a reflection of social issues relating to the country's position as a former colonial power, where strong "functional racism" rules. The integration of immigrants from North Africa has blatantly failed, Blom pointed out. "In the banlieues on the outskirts of Paris, it doesn't feel like you're living in France. You don't have the same opportunities as other people."

Experiencing marginalisation and humiliation, an entire generation has come of age in milieus in which petty criminals and radical Islamists vie for domination. "I can understand that this creates anger, even murderous anger," admitted Blom. 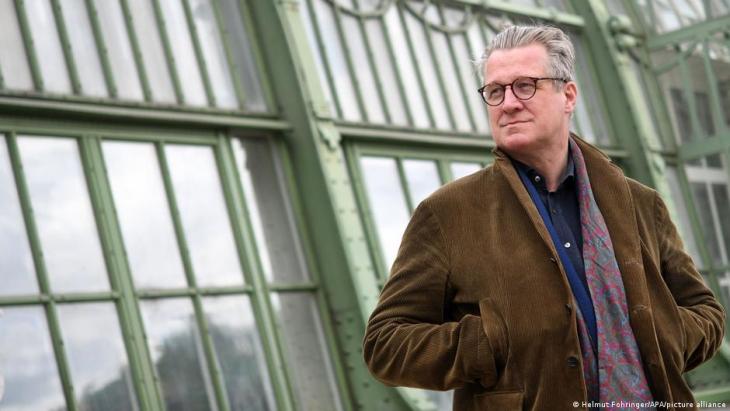 Functional racism: France's integration of immigrants from North Africa has blatantly failed. "In the banlieues on the outskirts of Paris you don't have the same opportunities as other people," Blom points out. An entire generation has come of age in milieus in which petty criminals and radical Islamists vie for domination. "I understand this creates anger, even murderous anger," adds Blom. The experience of humiliation is "a potent political force"

But that is not a specifically French problem, added the historian, also a member of the trustees board for the German book trade's peace prize. Still, the experience of humiliation is "a potent political force."

Political scientist Claus Leggewie spoke of a "cultural battlefield" in France in which tolerance, freedom of opinion and the culture of discussion have fallen by the wayside. In France, as Klaus Kinzler had previously complained in an interview with the German daily newspaper Die Welt, there is a form of political activism that masquerades as academia.

Such activists aren't fighting against the powerful, the establishment, the far-right or the real fascists, added Leggewie, but against people whose views are seen as "not being pro-Islamic enough". It is all about "cancelling" specific persons, silencing them, and "banning ideas and discussions".

Social media has also become the echo chamber of social identity groups, which are increasingly excluding people with other ideas. By staging controversies online, members of these groups gain immediate media recognition. "That is exactly what has happened in Grenoble, and with Samuel Paty basically too, and in his case it was fatal," concluded Leggewie.

Klaus Kinzler has been a professor at the Grenoble Institute of Political Studies for 25 years now. He was "not surprised" by the slogans on the university building, since the student union Unef had already branded him as a right-wing extremist and Islamophobe in social networks. 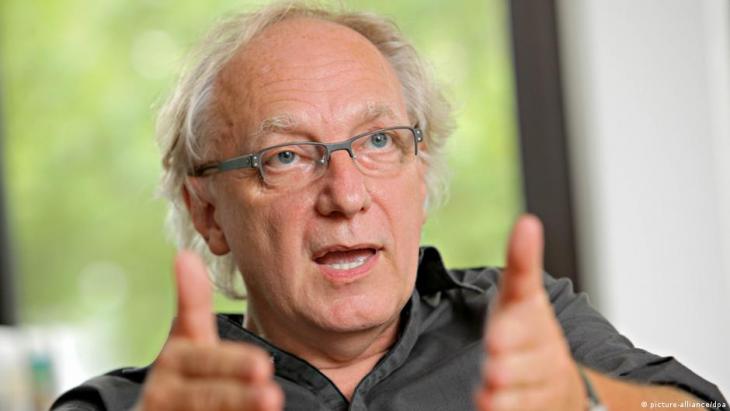 France's cultural battlefield: tolerance, freedom of opinion and the culture of discussion have fallen by the wayside, as political activism masquerades as academia. Yet these activists aren't fighting the powerful, the establishment, the far-right or the real fascists, says Claus Leggewie, but people whose views are seen as "not being pro-Islamic enough". It is all about "cancelling" specific persons, silencing them, and "banning ideas and discussion"

Racism and anti-Semitism – which are both criminal offences in secular France – have nothing to do with Islamophobia, in Kinzler's view. "Anti-Semitism has resulted in millions of deaths. Genocide without end. Then there is racism, slavery. That, too, has led to tens of millions of deaths in history," he told Die Welt. "But where are the millions of deaths linked to Islamophobia?" he asked, nevertheless clarifying: "I do not deny that people of Muslim faith are discriminated against. I just refuse to put it on the same level. I think this is an absurd deception."

Kinzler was a "completely normal professor of German at a provincial institute" and had always enjoyed his work, he told the Frankfurter Allgemeine Zeitung. Before the controversy, his students told him that they appreciated that he defended free, liberal positions. "The exchanges were always enriching," he said.

Ultimately, he says, he is less offended by the students who launched the hate campaign, than by those colleagues, researchers and professors who have distanced themselves from him without attempting to enter into dialogue.

"This has never happened to me in my thirty years working in universities," said Kinzler. "I was always allowed to say what I wanted, even if I sometimes caused offence. What I'm being confronted with now is new, namely that to hold an opposing position is practically no longer acceptable in academia, that it's considered a crime."

For many of his colleagues, he is now the "reactionary right-wing saboteur who has damaged the reputation of his institute". He is aware, says Kinzler, that he will be considered persona non grata for the next few years – perhaps even until he retires.

"But I can live with that. I have done nothing but defend democracy. I defended myself, I defended my colleague and I defended academic freedom."

Years ago, the International Holocaust Remembrance Alliance formulated how hatred of Jews can be recognised. Now a new definition is causing controversy. By Sarah Judith Hofmann END_OF_DOCUMENT_TOKEN_TO_BE_REPLACED

Among the 24 squads at the Euros, dozens of players with African roots will turn out in the June 11-July 11 tournament. Several of them are top names at this pan-continental event ... END_OF_DOCUMENT_TOKEN_TO_BE_REPLACED

Reading Hassan Blasim's God 99 is an immersive experience of grief and exaltation, anger and disgust, writes Marcia Lynx Qualey. We join the Iraqi narrator as he sits around in ... END_OF_DOCUMENT_TOKEN_TO_BE_REPLACED

Turkey's parliamentary and presidential elections are scheduled for June 2023. But they are already casting a shadow. While the opposition is calling for early elections, ... END_OF_DOCUMENT_TOKEN_TO_BE_REPLACED

Recep Tayyip Erdogan, disappointed by the European Union’s reluctance to integrate Turkey into its ranks, has re-directed his country’s diplomacy toward the Maghreb and Africa to ... END_OF_DOCUMENT_TOKEN_TO_BE_REPLACED
Author:
Stefan Dege & Heike Mund
Date:
Mail:
Send via mail

END_OF_DOCUMENT_TOKEN_TO_BE_REPLACED
Social media
and networks
Subscribe to our
newsletter