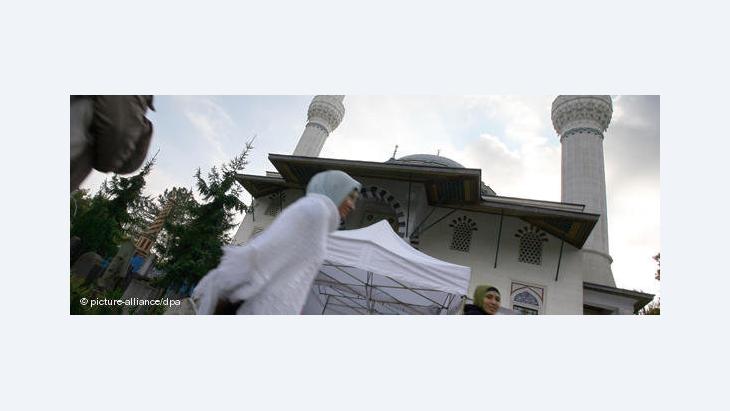 Islam's Internal Debate on Reform
The Battle for Interpretational Supremacy

﻿Whether it is about a ban on burkas or minarets, on integration and mainstream culture, or the triumphal procession of raving critics of Islam the likes of Geert Wilders – Europe is obsessed with the discussion on Islam and, in the process, it is occasionally forgotten that the Muslim world is confronted with similar issues. By Christian H. Meier

In the 21st century, it seems like everyone knows what Islam is all about – and that is precisely why the debates are growing in number and intensity. When the Swiss or Germans discuss integration issues or the relationship between Islam and human rights and democracy, then, intentionally or not, they are part of a worldwide debate on the interpretational sovereignty over Islam. This battle of interpretations has long since ceased to take place exclusively in the heart of the Islamic world and, instead, has broadened to include its outskirts and even the West.

In other words, what is understood under the heading "Islam" is now not only determined in the Cairo Azhar Mosque or the Shiite theological seminary in the Iranian city of Qom, but equally in the mountains of Afghanistan, New York mosques, and on the Internet. And, of course, in the commentary pages of European newspapers. One could say that this battle over Islam has taken on unforeseen dimensions due to globalization and medialization. Yet, in the background lies the deep uncertainty of the umma, the idealized world community of all Muslims. Who should be their spokesman today and who should point out the path? Who decides what Muslims believe? 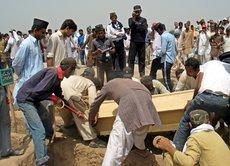 ​​The 21st century has often been associated with a religious Renaissance. In terms of Islam, however, it would be better to speak of a fractionalization. There are courageous reformers who wish to interpret religious sources not on a literal basis, but rather true to the spirit of the text. Then there are the grey-bearded conservatives who have on hand detailed instructions from historical sources on how to react to every situation in life. And then there are the hot-heads who prefer an activist interpretation of Islam and also enjoy criticizing other Muslims. They all have very particular ideas on what a Muslim should do, think, and, above all, reject.

At one end of the spectrum one sees a general metaphysics with a practically complete absence of specific Islamic attributes, while at the other end stands a rigid and intolerant dogma differentiating friend and foe.

The consequences, first and foremost, affect minority confessions and apostates. This is because the "true Islam" is primarily defended on the outskirts of the faith. The terrorist attacks on two mosques of the Ahmadiyya community in Lahore in May last year bear bloody testimony to the precarious status of the group, whose membership in the umma is contested by other groups. The Ahmadiyya community, founded in 1889, had its status as adherents to Islam officially renounced by the Pakistani government in 1974, thereby leaving its members more susceptible to attack.

Now, there is even a term for groups that find their adherence to Islam called into question – takfiris, from the Arabic word "takfir", meaning "to make into non-believers". The practice is not only limited to militant minority Islamic groups. Even scholars from the venerable Azhar Mosque in Cairo have made common cause with radicals when it has been a matter of putting troublesome thinkers in their place. The journalist Farag Foda, who was murdered in 1992, and the recently deceased literary scholar Nasr Abu Zaid were simply declared de facto non-Muslims. Their views on Islam and the Koran had challenged the interpretational supremacy of conservative scholars in Egypt, leading to them being declared as apostates. 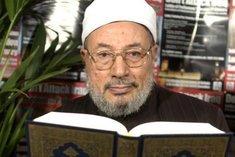 "The umma yearns for spiritual leadership and finds it on TV": Yussuf Al-Qaradawi, "Global Mufti", best known for his programme, ash-Shariah wal-Hayat ("Shariah and Life"), broadcast on Al Jazeera

​​The fact that downright "takfir" wars have broken out between certain radical splinter groups, in which one faction condemns the beliefs of the other via the Internet, has become but a scandalous footnote in this rather ominous development. As long as the fundamentalists continue to succeed in presenting their views as the exclusive interpretation of the faith without encountering any decisive opposition, then cohesion among the various Muslim confessions is endangered. Influential religious scholars, who could represent mainstream Islam, are often regarded as the mouthpieces of their government or somehow caught up in politics.

The resulting gap has been decisively filled by others, namely lay Islamists, like Osama bin Laden and his al-Qaida terrorist network on the one hand, and TV scholars like Yussuf al-Qaradawi on the other. Appearing on Arab television, the grumpy 84-year-old resolves issues of faith, both large and small, for millions of Muslim viewers. This fact alone says perhaps more about the state of Islam in today's world than anything else. The umma yearns for spiritual leadership and finds it on TV.

Europe's influence on the development of Islam

Even the West can no longer be kept out of the equation. And not only because of the presence of the Muslim Diaspora on its soil or because Qaradawi plays the role of a "global mufti," as he is called in the title of a recently published volume of essays about the religious leader. The influence of the West is much deeper – and reaches further back in time. Even the great religious reformers of the "Nahda," the Arab Renaissance of the 19th century, were influenced by European ideas on the state, religion, and society. As a result, many of these reformers developed a profound aversion to mystical and popular religious practices, which ran counter to their preference for rationalism. 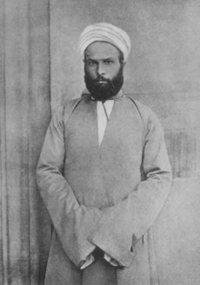 Since this time, at the very latest, Europe has been a factor in the history of spiritual development of Islam – even without most Europeans being aware of this. Even the great present-day issues of conflict, such as the Rushdie affair or the caricature controversy, transform Islam just as much as they transform Europe. The gaze of the West is constantly present in today's Islamic discourse, no matter what the degree of reluctance.

The Mauritanian historian Mohamed al-Moctar aptly described this phenomenon in terms of the discussion on the practice of the complete body veil. The French anti-burka law has altered the basis of debate in the Islamic world. "It has led to a situation where those Muslims, who if fact don't support the wearing of the niqab, now show solidarity with those who wear the apparel, because such laws provide just more proof that the West hates Islam."

Reduction to the extreme

This approach towards true or supposed Western view functions according to a complicated mechanism and is not always predictable. Nonetheless, the struggle for popular opinion in Islam has thereby acquired a new dimension. Clearly, Islamic and Western debates suffer from the same problem – out of a wide spectrum of viewpoints, usually only the extreme positions get highlighted, and Islam is reduced to those clear extremes.

The Swiss Islamic thinker Tariq Ramadan once remarked that people such as himself, who are regarded as reformers, are often disqualified from the discussion on Islam for being European agents or apostates. And, at the same time, they are labelled as "fundamentalists" in the West.

The Islamic scholar Christian H. Meier is a co-publisher of "Zenith," a journal on the Middle East and the orient.

Alaa Abd el-Fattah, arguably Egypt’s most prominent democracy activist, has just been handed another lengthy prison sentence. Despite this, a book of his writing has recently been ... END_OF_DOCUMENT_TOKEN_TO_BE_REPLACED

A prominent rights group in Egypt, the Arabic Network for Human Rights, is ending operations just as the country braces for a controversial NGO law. Is this the beginning of the ... END_OF_DOCUMENT_TOKEN_TO_BE_REPLACED

Moncef Marzouki was Tunisia's first democratically elected president after the fall of dictator Ben Ali. Today he is the most prominent critic of increasingly counter- ... END_OF_DOCUMENT_TOKEN_TO_BE_REPLACED

Asef Bayat, professor of Sociology at the University of Illinois, Urbana-Champaign, has been studying revolutions and how they affect people since 1979. In his recent book, " ... END_OF_DOCUMENT_TOKEN_TO_BE_REPLACED

Every year in December, the team at Qantara.de takes a look back at the articles that proved most popular with our readers. This year is no different. Here is a run-down of the ... END_OF_DOCUMENT_TOKEN_TO_BE_REPLACED

In this new bilingual edition, translated by Humphrey Davies, al-Jawbari, one of the thirteenth century's leading experts in skullduggery reveals all there is to know about the ... END_OF_DOCUMENT_TOKEN_TO_BE_REPLACED
Author:
Christian H. Meier
Date:
Mail:
Send via mail

END_OF_DOCUMENT_TOKEN_TO_BE_REPLACED
Social media
and networks
Subscribe to our
newsletter