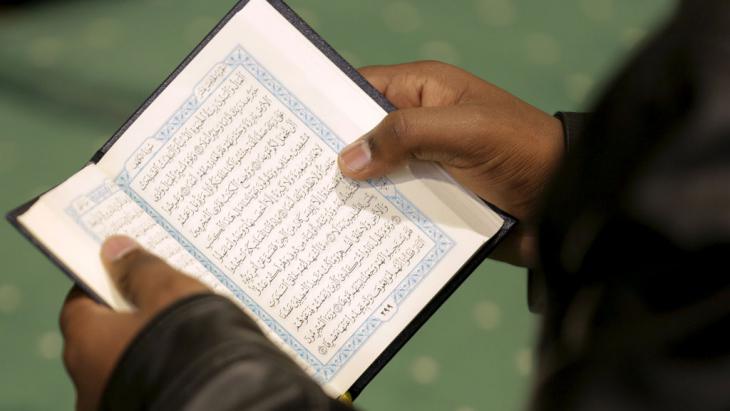 In view of the threat of Islamist terrorism, Muslim intellectuals and leaders who emphasise non-violence and democracy tend to be ignored internationally. They deserve attention. Some Muslim traditions actually fit modernity quite well. By Hans Dembowski

Abdul Ghaffar Khan was a Pashtun leader who joined the liberation movement in colonial India. To him, non-violence was a spiritual concept as well as a political strategy. He knew that imperial Britain found it easy to crush armed insurgents, but struggled to suppress peaceful protests effectively. At the same time, he was aware of violent traditions haunting Pashtun society. Ghaffar Khan said that violence breeds fear and hatred, whilst non-violence generates love and inspires people to be brave. He was an ally of Mahatma Ghandi, but studied the Koran as a devoted Muslim.

Jawdat Sa’id is a contemporary Syrian scholar who thinks along similar lines. The more people engage in civil disobedience, he argues, the harder it becomes for an autocratic regime to repress them. As an example, he points out that Iran’s Shah was toppled without the use of violence. At the same time, Sa’id insists that there can be no single correct interpretation of the holy scriptures and that the faith and religious knowledge benefit from the pluralistic interaction of various schools of thought.

Jamal Al-Din Al-Afghani was born in Iran in the late 1830s. He felt that Muslim society needed the kind of freedom that was developing in Europe. He wanted to liberate the faith from despotism and stressed that the Koran does not define any specific form of government. Al-Din Al-Afghani hoped that a benign dictator could educate the masses and introduce democracy. His approach was not non-violent and he was willing to contemplate the murder of tyrants. Near the end of his life in 1897, he realised that his hope to empower an enlightened ruler had been misguided and that despotism can only be ended by an enlightened people who rejects authoritarianism. 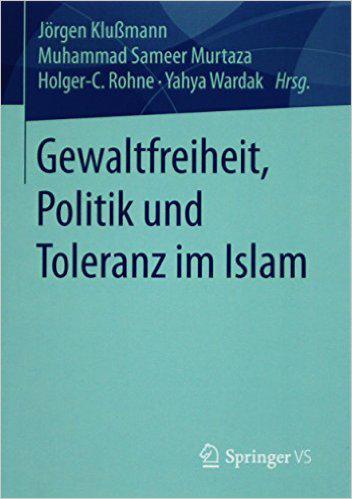 Culturally diminished: "the authors argue that Islamic intellectual life has lost its dynamism in the past 500 years. One reason is that many Muslims do not know Arabic well enough to understand the Koran", writes Dembowski

Acceptance of other monotheistic religions

In the eyes of Jörgen Klussmann, Muhammad Sameer Murtaza, Holger-C. Rohne and Yhaya Wardak, the three men mentioned above stand for strands of Muslim thinking that are largely unknown in western countries – and all too often neglected in Muslim ones. The four authors recently published a book entitled “Gewaltfreiheit, Politik und Toleranz im Islam” (Non-violence, politics and tolerance in Islam). It raises interesting points, such as:

The authors argue that Islamic intellectual life has lost its dynamism in the past 500 years. One reason is that many Muslims do not know Arabic well enough to understand the Koran.

The book points out that the West lacks credibility in Muslim cultures because of a long history of interventions – from T. E. Lawrence in the early 20th century to the Iraq war at the start of the 21st. British-Russian interference thwarted the attempt to turn Iran into a constitutional monarchy in 1907, and in 1953 the CIA helped to topple Mohammad Mosaddegh, an elected left-leaning prime minister.

According to the recently published book, western agencies cannot contribute much to the revival of Islam’s intellectual traditions. This is a task for Muslims. At the same time, the authors argue that Muslim migrants in western countries are best placed to promote such a revival because they are not under authoritarian rule and familiar with western freedoms.

This book deserves a lot of attention. Unfortunately, it is not well edited. Too many sentences are convoluted and even garbled. The publisher should have invested more effort in this publication in order to reach more readers – and sell more books.

Home
Print
Newsletter
More on this topic
Islam and violence: Conservative Muslims refute the violence of ISIslamic approaches to non-violence: In Gandhi's footsteps Qantara's dossier: Reform-Islam
Related Topics
Christians in the Islamic world, History of Islam, Islam and democracy, Islam and the West, Jews in the Islamic world, Koran | Quran, Minorities in the Muslim world, Reform Islam
All Topics

Why are predominantly Muslim countries lagging behind when it comes to democracy and human rights? Dutch sociologist Ruud Koopmans uses a lot of figures to underpin his theory ... END_OF_DOCUMENT_TOKEN_TO_BE_REPLACED

Egypt's former long-term president is dead. His ailing political and economic legacy is now in the hands of the country's present-day authoritarian rulers. An obituary from Cairo ... END_OF_DOCUMENT_TOKEN_TO_BE_REPLACED

The past enthusiasm of the Egyptians lives on in the Iraqis of today. But just as they were nine years ago in Cairo, current prospects in Baghdad are dim. A comparison by Birgit ... END_OF_DOCUMENT_TOKEN_TO_BE_REPLACED

Insults directed against Egyptian President Abdul Fattah al-Sisi have been particularly prominent among the hundreds of chants by Arab protestors in Algeria, Sudan, Iraq and ... END_OF_DOCUMENT_TOKEN_TO_BE_REPLACED

Political analyst Taqadum al-Khatib argues that Egypt can, in co-ordination with its European partners, develop a common vision to solve the complex conflict in Libya. For this to ... END_OF_DOCUMENT_TOKEN_TO_BE_REPLACED
Author:
Hans Dembowski
Date:
Mail:
Send via mail

END_OF_DOCUMENT_TOKEN_TO_BE_REPLACED
Social media
and networks
Subscribe to our
newsletter