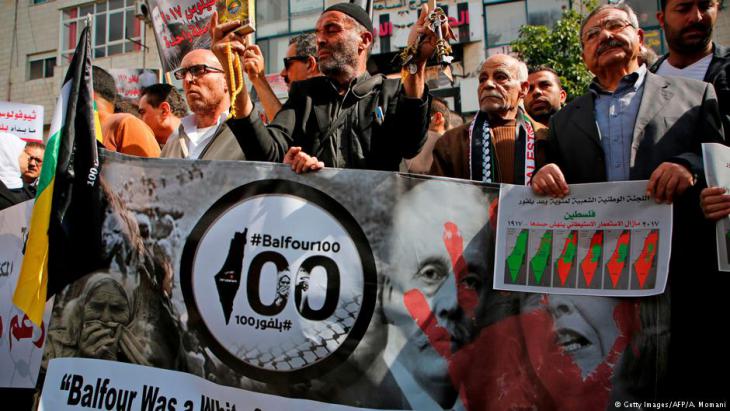 Israel 100 years after Balfour
A case of moral degradation

2 November 2017 marked the centenary of the Balfour Declaration. This document promised to deliver a homeland for the Jews, yet also that "nothing shall be done which may prejudice the civil and religious rights of existing non-Jewish communities in Palestine". Has this promise been kept? Political analyst Peter Oborne reports

One hundred years have now passed since British foreign secretary Arthur Balfour wrote his famous letter to Walter Rothschild, promising that Britain would help to create a ″national home for the Jewish people″ in Palestine. The current prime minister Theresa May says that the Balfour Declaration was ″one of the most important letters in history″. It led within barely three decades to the creation of the state of Israel. No wonder then that Benjamin Netanyahu flew to London at the beginning of November to celebrate its anniversary.

It′s understandable Palestinian leaders weren′t invited. But they weren′t even consulted. This is wrong. The Balfour Declaration not only promised to deliver a homeland for the Jews. It also promised that “nothing shall be done which may prejudice the civil and religious rights of existing non-Jewish communities in Palestine”. Yet, the treatment of the Palestinians I witnessed is not just physically degrading for them. It is also morally degrading for the Israelis as well.

I drove to the West Bank city of Hebron, about an hour′s drive south of Jerusalem. When I typed ″Hebron″ into Waze (the local equivalent of Google Maps) a warning flashed up: ″this destination is a high-risk area or is prohibited to Israelis by law.″

Israeli settlers, however, occupy an area of houses above the ancient market, where they are guarded by the Israeli army. These soldiers – I′d guess at least one per settler – stand idly by as the settlers harass, persecute and assault the local population. 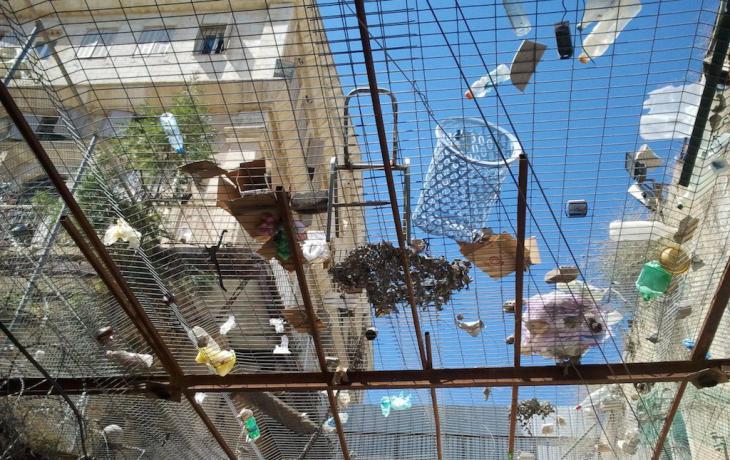 A vulnerable population: "close personal ties between settlers and the military, combined with the fact that as Israeli citizens settlers are legally answerable not to the army but the police, means that soldiers often do nothing to protect Palestinians from settler violence," writes Oborne

Palestinians said that only that morning, a masked settler had attacked two children aged 10 and 11 in the streets. I was told the soldiers made no attempt to intervene. Such incidents, locals said, are common. In October 2015, student Dania Ersheid from Hebron was shot dead at a checkpoint. She was 17.

According to Breaking the Silence – an NGO which publishes testimonies of Israeli army veterans who have served in occupied Palestine – close personal ties between settlers and the military, combined with the fact that as Israeli citizens settlers are legally answerable not to the army but the police, means that soldiers often do nothing to protect Palestinians from settler violence.

Asmaa al-Atawna's debut novel "Missing Picture" has been published in German translation (Keine Luft zum Atmen – Mein Weg in die Freiheit). In it, she describes life in Gaza from ... END_OF_DOCUMENT_TOKEN_TO_BE_REPLACED

At the end of every year, the team at Qantara.de gives you a run-down of the ten most-read articles on the site over the past 12 months. Here is a quick overview of the stories ... END_OF_DOCUMENT_TOKEN_TO_BE_REPLACED

Palestinian Christians are an integral part of the Palestinian national movement. This is the conclusion reached by the Chilean-born Palestinian political scientist Xavier Abu Eid ... END_OF_DOCUMENT_TOKEN_TO_BE_REPLACED

Jesus – Issa in Arabic – doesn’t merely enjoy the highest place among the prophets in the Koran. He is also revered in Islam’s mystical tradition for his message of love and mercy ... END_OF_DOCUMENT_TOKEN_TO_BE_REPLACED

With reported hostilities against Israeli journalists and the flag of the Palestinian territories flying on the streets and in the stadiums, it is clear the World Cup in Qatar is ... END_OF_DOCUMENT_TOKEN_TO_BE_REPLACED
Author:
Peter Oborne
Date:
Mail:
Send via mail

END_OF_DOCUMENT_TOKEN_TO_BE_REPLACED
Social media
and networks
Subscribe to our
newsletter