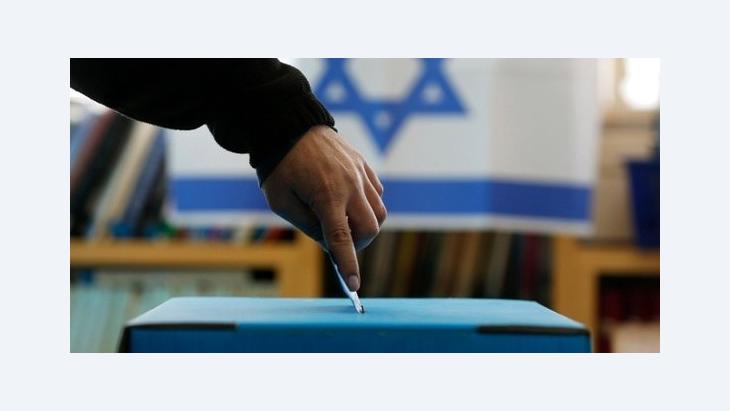 ﻿When it comes to the Israeli government's future approach to the conflict with the Palestinians, the outcome of the Knesset elections in Israel is less than encouraging. A commentary by Moshe Zuckermann

﻿Elections in Israel have produced two major surprises: The Likud-Beitunu alliance may well have won. But it is already clear that Prime Minister Netanyahu will have difficulty forming a coalition that is fit to govern and that meets his exacting ideological criteria. – as well as one that can hold out through an entire term of office.

That the joint electoral list only won 31 seats came as something of a surprise, and could not have been predicted a week ago.

But an even bigger surprise was the overwhelming election success of Yair Lapid and his party "Yesh Atid" (There is a Future), which won 18 to 19 seats. This puts the political newcomer, who is a former television presenter and journalist, at the helm of the second-largest party in the next legislative period.

A sense of stalemate 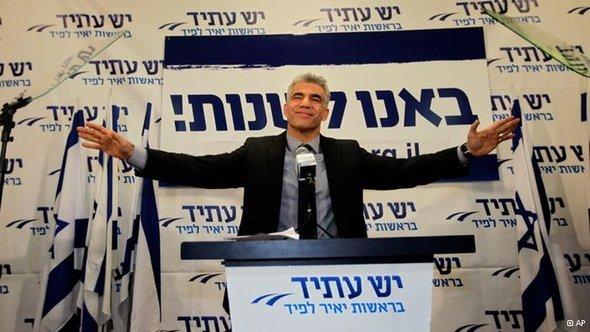 Centrist party Yesh Atid pulled off the biggest surprise of the night and could force Netanyahu into concessions. This puts the political newcomer, party head Yair Lapid, who is a former television presenter and journalist, at the helm of the second-largest party in the next legislative period. Pictured: Yesh Atid supporters celebrating incoming election results

​​The Labour Party, under the leadership of Shelly Yachimovich, the ultra-orthodox Shas party, the rightwing religious nationalist party led by Neftali Bennett "Habayit Hayehudi" (The Jewish Home) – all of which attained a respectable showing in the poll, and the rather disappointing performance of Tzipi Livni's "Hatnua" (The Movement), also all convey the sense of a stalemate.

It came as no surprise then that shortly after preliminary election results were made known, Netanyahu pledged to form "as broad a government as possible".

Shas Party leader Aryeh Deri even called for the formation of a national grand coalition. But at present, there is no telling how that might work. After all, Yair Lapid must be considered as a major coalition partner; he also wants to participate in the next government, and in a key position.

But how will he deliver on his populist campaign pledge to reform military service laws that grant privileges to ultra-Orthodox Jewish seminary students, when this is viewed as an unacceptable breach of taboo by Orthodox parties, the "natural allies" of Netanyahu? How can such differences be reconciled?

If, on the other hand, negotiations should yield a coalition that does not include the Orthodox parties – which would be a first in Israeli parliamentary practice – how will consensus be reached in view of Tzipi Livni's aspirations for progress in peace talks with the Palestinians and Naftali Bennett's crude, settler-oriented ideology (which is essentially that of Netanyahu)? 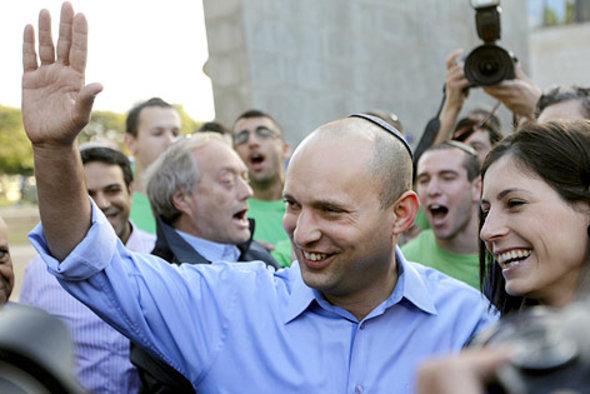 ​​If Shelly Yachimovich can be persuaded to join a grand coalition; how can her social-democratic model aimed at attaining greater social equality be reconciled in government with Netanyahu's radical capitalist neo-liberalism?

And if negotiations cannot consolidate a broad coalition, with a balance of power consisting of 62 seats for the right wing and 58 for the centre-left bloc, prospects for the next government's survival would appear dim.

One thing is already clear of course: When it comes to the Israeli government's future approach to the conflict with the Palestinians, let alone attempts to find a solution, the outcome of these elections is less than encouraging.

It is not surprising, after all this is the very issue prudently sidestepped in the election campaigns of the parties attaining the best results in this poll. Those who used the issue to win support – "Meretz", the Communists, but also Livni's "Hatnua", found themselves to be further marginalized by voters.

Despite lip service paid to the matter by Netanyahu as the outgoing legislature convened, an issue that was permanently undermined throughout the course of the period, this is the approach that is likely to endure structurally in the coming legislative period: No peace with the Palestinians, and only slight movement in the stagnation that has meanwhile coalesced into an ideology.

Moshe Zuckermann is Professor of History and Philosophy at the University of Tel Aviv. His latest book, published by Laika, is titled "Wider den Zeitgeist: Aufsätze und Gespräche über Juden, Deutsche, den Nahost-Konflikt und Antisemitismus" (Against the Zeitgeist: Essays and Conversations on Jews, Germans, the Middle East Conflict and Antisemitism).

Algeria‘s regime is again cracking down on anti-fracking activists and the unemployed in the country‘s south. Yet EU countries remain keen to scale up their energy cooperation ... END_OF_DOCUMENT_TOKEN_TO_BE_REPLACED

Anti-Semitic motifs have no place at Germany’s documenta art show or anywhere else in the world, stresses Meron Mendel, director of the Anne Frank Educational Centre in Frankfurt ... END_OF_DOCUMENT_TOKEN_TO_BE_REPLACED

Fifty-five years after Israel began occupying Palestinian lands, it is more difficult than ever to imagine a way out. The seeds of the two-state solution that were planted by ... END_OF_DOCUMENT_TOKEN_TO_BE_REPLACED

Yazan Khalili is spokesman for The Question of Funding, a collective of artists taking part in the leading German contemporary art festival Documenta 15. Here, he responds to ... END_OF_DOCUMENT_TOKEN_TO_BE_REPLACED

When times are tough, the exchange of ideas and perspectives becomes especially important. It takes dialogue. And at Deutsche Welle, we need distributors and cooperative partners ... END_OF_DOCUMENT_TOKEN_TO_BE_REPLACED

Every week, Jewish, Christian and Muslim youths meet to sing together. And they do so in the middle of a city where Israelis and Palestinians are often at loggerheads. Anja Koch ... END_OF_DOCUMENT_TOKEN_TO_BE_REPLACED
Author:
Moshe Zuckermann
Date:
Mail:
Send via mail

END_OF_DOCUMENT_TOKEN_TO_BE_REPLACED
Social media
and networks
Subscribe to our
newsletter