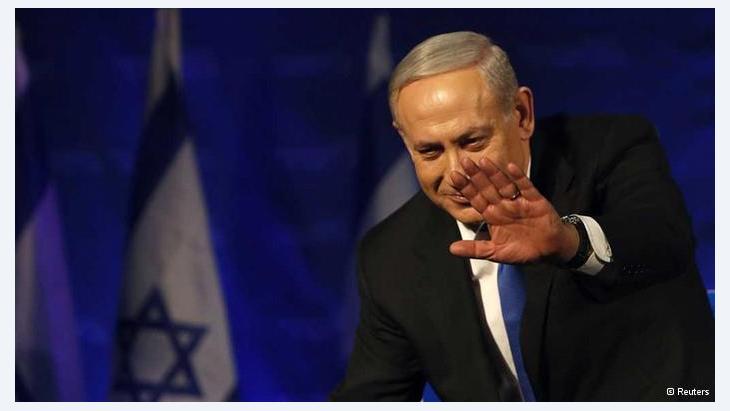 Israel and the Arab Revolutions

The paradox of the Arab revolutions is that they have contributed to Israel's integration as a strategic partner for some countries in the region. Israel's government should now consider making serious sacrifices for the sake of long-term survival. An essay by Dominique Moisi

The war in Iraq – which led in 2003 to the fall of Saddam Hussein's regime – had one clear winner: Iran. The United States-led military intervention resulted in the weakening of the Middle East's Sunni regimes, America's traditional allies, and the strengthening of America's principal foe in the region, the Islamic Republic.

Ten years later, we may be witnessing yet another ironic outcome in the region: At least for the time being, Israel seems to be the only clear winner of the "Arab Spring" revolutions.

Most Israelis would strongly object to this interpretation. Their regional environment has become much more unstable and unpredictable. Only a few days ago, Israel's Iron Dome missile-defence system intercepted a rocket fired from Sinai that was aimed at the port of Eilat.

In contrast to the past, no Israeli border is now secure, especially the long frontier with Egypt. No implicit alliance can be taken for granted. All scenarios are open. Can Israel remain an oasis of stability, security, modernity, and economic growth in such a volatile environment?

Some kind of latter-day Noah's ark

The answer, of course, is no. Israel may be tempted to regard itself as some kind of latter-day Noah's ark, but it is not. Tel Aviv has become a cross between San Francisco, Singapore, and São Paulo, but it is still less than 300 kilometers from Damascus. For the pessimists (or realists, depending on your perspective), Israel must remain on maximum alert to minimize the risks that it faces. 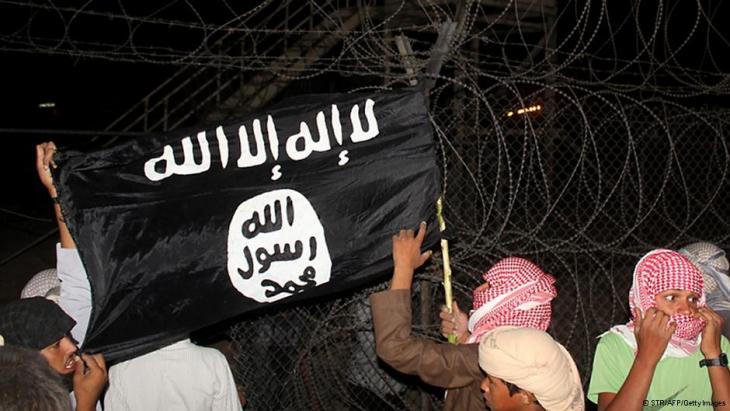 "In contrast to the past, no Israeli border is now secure, especially the long frontier with Egypt." - Pictured: Militant Islamists on the Sinai

Above all, many Israelis (if not most) believe that this is no time to be imaginative and daring. The resumption of the peace process with the Palestinian Authority can be only a fig leaf. Israel simply cannot ignore the Americans in the way that the Egyptian army has as it massacres its Islamist opponents.

But a very different reading of the current situation is possible. What started as a revolution in the eighteenth-century meaning of the term is becoming a reproduction of the religious wars that ravaged Europe from 1524 to 1648, pitting Catholics and Protestants against each other in the same way that Sunnis and Shia are pitted against each other today. (In Egypt, however, we are seeing simply the return of a military police state.)

One may disagree with this Euro-centric interpretation, but what is clear is that the Muslim Middle East will be too preoccupied with internecine struggle to worry about the Palestinians or the existence of Israel. War with Jews or Christians has necessarily taken a back seat (except where, as in Egypt and Syria, Christian minorities are perceived to be allied with the regime).

In some cases, there is explicit cooperation with Israel. Because it is fighting for its own survival in a highly challenging environment, the Jordanian regime needs Israel's security collaboration. Indeed, Israeli and Jordanian forces are now working together to secure their respective borders against infiltration by jihadists from Iraq or Syria, while Egypt and Israel now share the same objective in Sinai. 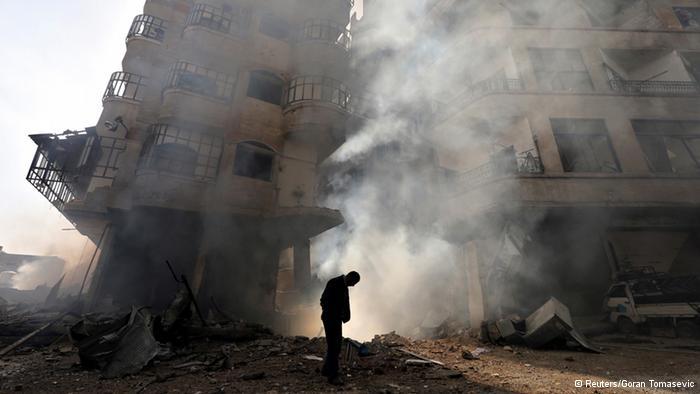 "Muslim Middle East will be too preoccupied with internecine struggle to worry about the Palestinians or the existence of Israel." - Pictured: The city of Homs, central Syria, ravaged by civil war

So the paradox of the Arab revolutions is that they have contributed to Israel's integration as a strategic partner (for some countries) in the region. At this point, more Arab lives have been lost in Syria's civil war alone than in all of the Arab-Israeli wars combined.

A window of opportunity

Of course, one should not draw the wrong conclusions from this. Israel may have become, more than ever, a key strategic partner for some Arab regimes, or a de facto ally against Iran (as it is for Saudi Arabia). But this does not imply that Israel's neighbours have resigned themselves, in emotional terms, to its continued existence in their midst.

Nor does it mean that Israel can do whatever it wants, whenever and wherever it wants. On the contrary, the Israeli government should not use the region's turmoil as justification for doing nothing to resolve the conflict with the Palestinians. Current conditions, though admittedly confusing, can be seen as opening a window of opportunity – a moment to consider making serious sacrifices for the sake of long-term survival.

Israel should be addressing the Arab world in the following terms: "You may not like me, and you may never like me, but I am not – and never should have been – your first concern. Now it is clear that you have other priorities to worry about."

The Arab quagmire may not be creating conditions for peace and reconciliation between Israelis and Palestinians. But it has turned the "strategic truce" favoured by many Arab leaders into the only conceivable alternative. Arabs cannot be at war with themselves and with Israel at the same time.

The chaotic events unfolding in the Middle East will – and should – change the approach and perceptions of the protagonists. Short-term considerations will not suffice. Israeli leaders must adjust their long-term strategic thinking to the new Middle East that ultimately emerges from the current disarray.

That means not exploiting today's opportunity to build more settlements on Palestinian land, or to expand existing ones, as Binyamin Netanyahu's government appears determined to do. Israel may well be the current winner in the Arab Spring; but, if it is wise, it will leave the spoils of victory on the ground.

Two refugees detained in Egypt are facing deportation to Eritrea. The expulsion of the Eritreans, who have been incarcerated in Cairo for more than eight years, has been halted ... END_OF_DOCUMENT_TOKEN_TO_BE_REPLACED

International relations are shifting across the Middle East as regional powers adapt to America's retrenchment and China's growing influence. Although the region could become the ... END_OF_DOCUMENT_TOKEN_TO_BE_REPLACED

Germany's foreign policy is explicitly values-based. But what happens, Ralf Bosen asks, when democracy, the rule of law and human rights collide with the logic of trade and ... END_OF_DOCUMENT_TOKEN_TO_BE_REPLACED

"The people aren’t ready for democracy" has been the constitutional basis for Arab tyranny, its favourite slogan and its sacred narrative for more than a century. Yet, asks Khaled ... END_OF_DOCUMENT_TOKEN_TO_BE_REPLACED

A new global database shows a significant gap in reported COVID-related deaths, suggesting the actual worldwide death toll is short by at least 1 million. That's due in part to ... END_OF_DOCUMENT_TOKEN_TO_BE_REPLACED

Two decades after the attacks of 11 September 2001, the West faces the shattered debris of its failure – not only in Afghanistan, but also in Iraq, Syria, Libya and Yemen. What ... END_OF_DOCUMENT_TOKEN_TO_BE_REPLACED
Author:
Dominique Moisi
Date:
Mail:
Send via mail

END_OF_DOCUMENT_TOKEN_TO_BE_REPLACED
Social media
and networks
Subscribe to our
newsletter