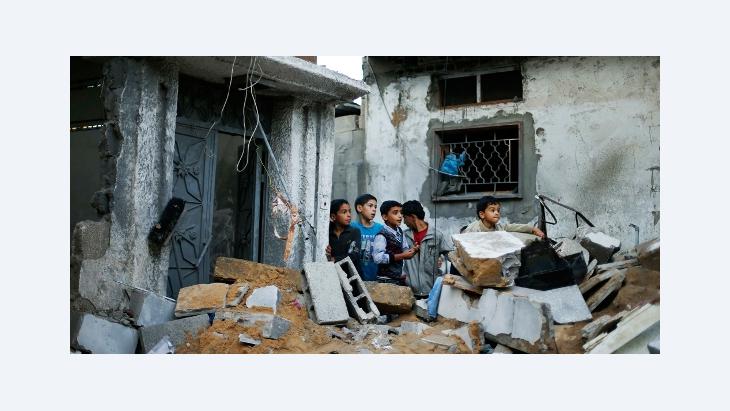 Israel and the Gaza Crisis

Trapped in the Language of Force

Lev Grinberg, Professor of Political Sociology at the Ben Gurion University in Tel Aviv, says Israeli intervention in the Gaza conflict is short-sighted. Exclusive recourse to military force blocks opportunities for peaceful negotiations in the long-term, and plays politically into the hands of Hamas, he says

Israel's present military campaign may turn out to be a painful political, if not military failure. As these lines are being written, ceasefire negotiations are taking place. But whether the fire ceases before or after a ground campaign, Hamas has already achieved its objective: recognition as a partner to a ceasefire agreement and as a political force to be reckoned with.

Ever since October 2000, Ehud Barak has been working to convince the entire world that the Palestinian Authority is not a partner for negotiations, and now he is resurrecting that partner in the image of Hamas.

The fundamental problem with Israel is that it is able to think only in terms of force. This is what usually happens to the stronger side – it becomes blinded by its own power, failing to recognize its limitations before it is too late. At best, the problem is identified in time, which leads to negotiations. But usually it takes a strong blow to pave the way to negotiations, or simply to run away.

Self-knowledge of empires and nations

Sometimes an entire regime collapses due to its inability to recognize the limitations of its power. 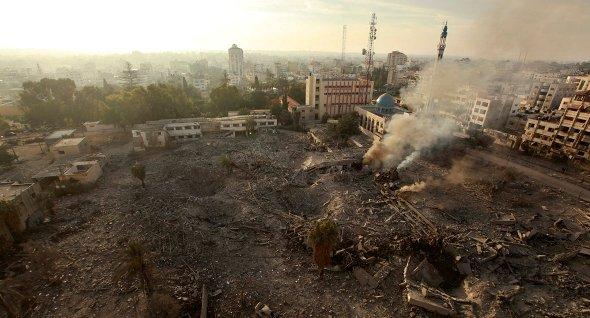 ​​This is how empires implode – it is what happened to the Soviet Union as a result of its insistent control of Afghanistan. The United States, on the other hand, escaped from Vietnam, just as Israel escaped from Lebanon in 2000.

Israel was willing to negotiate with Egypt only after the 1973 war, which was a military victory but a political defeat. The 1982 Lebanon war was both a political and a military defeat, eventually leading Israel to recognize the Palestinians in the early 1990s, following the First Intifada, when the Chief of Staff declared there was no military but only political solution. Only then did the politicians get the message and begin negotiations.

The problem was that even after recognizing the PLO they went on trying to force an agreement upon it, rather than negotiate with it. Indeed, ever since their last serious attempt to "negotiate" in October 2000, Israel seems unable to move away from the language of force: since "there's no partner" we must "let the IDF win". The concepts of left and right have become obsolete, with everyone violent solutions and unilateral moves. 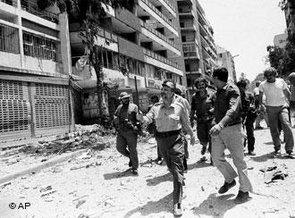 Unheeded lessons from history: Palestinian leader Yasser Arafat inspects the bomb damage in Beirut on 2 August 1982 following the heavy bombardment by Israel. "The 1982 Lebanon war was both a political and a military defeat, eventually leading Israel to recognize the Palestinians in the early 1990s," Grinberg writes

​​Unlike us, the Palestinians – like the people of any weak, stateless entity – know they could not overcome Israel even if they wanted to. Therefore, even when they do use cruel violence, it is designed to achieve political ends.

Only at certain points during the Second Intifada (mainly in March 2002) did they try to compare Israeli and Palestinian losses – an error they continue to regret to this day.

If force alone matters, Israel will always have the upper hand. Therefore, the rockets fired on it from Gaza have a political objective: to make the Israelis realize they will not have peace as long as Gaza is blockaded and economically strangled. Hamas wants to show the Palestinians and the rest of the world that it is a responsible regime that can take care of its people. Therefore, its first objective is to open the crossings into the Gaza Strip and create normalized conditions that will improve the standards of living and ensure political stability.

Israel's intention to halt the operation without granting Hamas its wish is hopeless. Perhaps a ceasefire agreement is being signed at this very moment, but it doesn't take a rocket scientist to realize that it is bound to collapse once more. The present military campaign is bound to fail politically, because Hamas has achieved its strategic objective by the very fact of firing rockets on Tel Aviv and Jerusalem, by proving – once more – that it is able to withstand Israeli's military pressure, and by demonstrating Israel's dependence on less-than-friendly mediators.

Hamas – the only partner for preventing violence

And the more Israel tries to force a ceasefire by escalating its violence – either now or a few months from now – Hamas will gain more prestige, while Israel's standing will weaken. 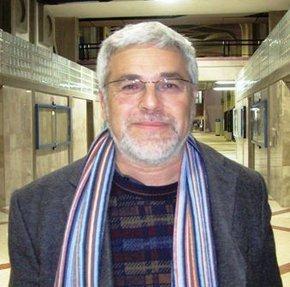 Lev Grinberg: "The present campaign demonstrates to all that the Arab Spring has improved Hamas' standing in the Arab world and the international community"

​​The present campaign demonstrates to all that the Arab Spring has improved Hamas' standing in the Arab world and the international community.

Operation Pillar of Cloud reveals that Hamas gains the upper hand in any situation, even if an unconditional ceasefire agreement is signed, because it has survived the Israeli attack and will be able to continue arming itself for the next campaign. It is therefore the only partner for preventing violence.

I have no idea what Israeli decision makers had in mind when they decided on this campaign, but they were certainly short-sighted (some say, electorally motivated), as they have not specified its political objectives, nor how it should end and what would follow. I sincerely hope that soon enough, somebody will start thinking in political terms.

Democracy is founded on the idea of resolving conflicts by way of dialogue rather than unilateral coercion. If Operation Pillar of Cloud eventually shows that Israel does have a partner for dialogue, perhaps this particular cloud may turn out to have a silver lining.

Lev Grinberg is a political sociology professor at the Ben Gurion University in Tel Aviv and author of "Politics and Violence in Israel/Palestine: Democracy versus Military Rule" (Routledge Studies in Middle Eastern Politics 2009).

Hamas in Gaza, the Palestinian Authority in the West Bank, and Israel: Palestinians have fewer and fewer rights, says Khaled Elgindy. The Middle East could escalate at any time. ... END_OF_DOCUMENT_TOKEN_TO_BE_REPLACED

Joe Biden promised to make democracy and human rights central to US foreign policy. But that means not insisting on Israel's right to defend itself without mentioning its ... END_OF_DOCUMENT_TOKEN_TO_BE_REPLACED

As the Biden administration attempts to promote democracy and human rights in the Middle East, it will confront the deep-seated belief among Arabs that U.S. policies are unfair to ... END_OF_DOCUMENT_TOKEN_TO_BE_REPLACED

Ben Aylon’s debut international album sees him elevate the traditional music and instruments of Senegal and Mali into a fresh contemporary setting. Seven years in the making, " ... END_OF_DOCUMENT_TOKEN_TO_BE_REPLACED

Years ago, the International Holocaust Remembrance Alliance formulated how hatred of Jews can be recognised. Now a new definition is causing controversy. By Sarah Judith Hofmann END_OF_DOCUMENT_TOKEN_TO_BE_REPLACED

When it comes to talent, Palestine may well be able to compete with other football teams in the region, but growth and development are hampered by the situation in the Palestinian ... END_OF_DOCUMENT_TOKEN_TO_BE_REPLACED
Author:
Lev Grinberg
Date:
Mail:
Send via mail

END_OF_DOCUMENT_TOKEN_TO_BE_REPLACED
Social media
and networks
Subscribe to our
newsletter