The video posted by Benjamin Netanyahu on 9 September took everyone by surprise. Nobody could explain it – neither the timing, the essence, nor the Israeli prime minister′s hidden agenda. For years now, the so-called peace process has been in stasis. Then, out of the blue, Netanyahu decides to address the evacuation of Jewish settlers. Commentary by Gideon Levy

Netanyahu claimed that the demand that Israel evacuate settlers from their settlements was tantamount to ethnic cleansing.  In doing so, the Israeli prime minister implicitly accused both Israel’s principal ally and supporter – the USA – and the EU, which has never recognised the legality of the settlements, of promoting ethnic cleansing. It was outrageous.

Yes, the state that brought you the great cleansing of 1948 and that has never, deep down, given up on the dream of cleansing, continuing as it does to carry out methodical micro-cleansings in the Jordan Valley, the South Hebron Hills, the area of Ma'aleh Adumim, not to mention the Negev – that state calls the removal of settlers ethnic cleansing. That state compares the invaders of the occupied territories with the children of the land who clung onto their lands and homes.

The world according to Netanyahu

Netanyahu has once more proved that he is the real thing, the most authentic representative of that "Israeliness" that creates its own reality: turning night into day, shamelessly and without any sense of guilt, without inhibition.

In Israel, many people, perhaps the majority, buy into this. The settlers of the Gaza Strip became "expellees," their removal "deportation." Not only is settlement – an aggressive and violent action – legitimate, but its agents are victims.

The Jews as victim. Always the Jews, only the Jews. An Israeli prime minister less brazen and arrogant than Netanyahu would not have dared to utter the term "ethnic cleansing," given the plank in his own eye. Few propaganda campaigns would dare go so far. Yet occasionally, reality intrudes.

And the reality is razor-sharp. The only mass ethnic cleansing to have taken place occurred in 1948. Some 700,000 Palestinians, the majority, were forced to leave their homes, their belongings, their villages and the land that had been theirs for centuries. Some were forcibly expelled, put on trucks and removed; some were intentionally frightened into fleeing; still others fled, possibly unnecessarily. They were never allowed to return, save for a few, even if only to recover their belongings.

Being barred from returning was worse than the expulsion. It is what proved that the cleansing was intentional. Not a single Arab community remained between Jaffa and Gaza, while all the other areas are scarred with the remains of villages, the vestiges of life. That is ethnic cleansing – there's no other term for it. More than 400 villages and towns were wiped off the face of the earth, their ruins covered over by Jewish communities, forests and lies. The truth was concealed from Israeli Jews and the descendants of the deportees were forbidden to commemorate them – neither monument nor gravestone, to paraphrase Yevgeny Yevtushenko.

In direct violation of the law 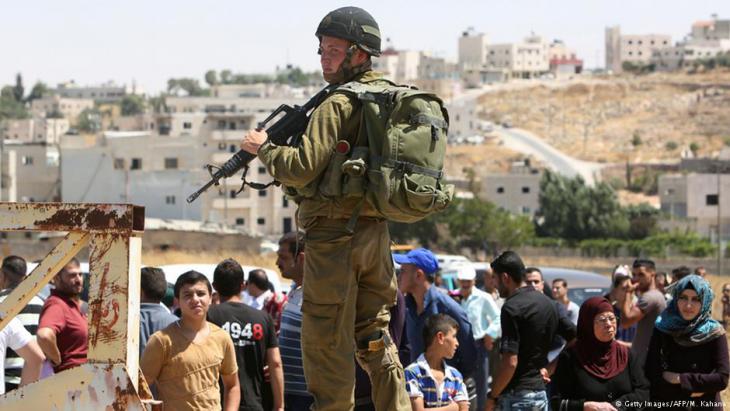 Aliens in their own land: "being barred from returning was ... what proved that the cleansing was intentional. Not a single Arab community remained between Jaffa and Gaza, while all the other areas are scarred with the remains of villages, the vestiges of life. That is ethnic cleansing – there's no other term for it," writes Levy

The number of settlers now exceeds the number of expellees. They invaded a land that was not theirs, with the support of successive Israeli governments and the opposition of the entire world – and they knew that their enterprise was built on ice. They and the Israeli government not only crudely violated international law, which earns no respect in Israel, they also broke Israeli law, with the support of a subjugated judiciary .Land theft is in direct violation of the law practised in Israel and the territories.

No sooner have Israelis and the world begun to become accustomed to this situation, accepting it as inevitable, than along comes the prime minister and raises the stakes still further: the settlers are actually the victims. Not the ones they expelled, not the ones they disinherited. In the world according to Netanyahu, the settlements, which were built for the purpose of precluding arrangements with the Palestinians, are not an obstacle. Indeed, he equates them with those Palestinian remnants that remained in Israel – the Sh'erit ha-Pletah, if you will – to borrow a term from the aftermath of the Holocaust.

Language can be twisted to any use, propaganda to any moral perversion. Farewell, reality, you're not relevant anymore. So what was it all about? Very few in Israel and elsewhere have the answer. A few days after the release of the video, the U.S. signed an agreement to pay 38 billion dollars in military aid to Israel over the next 10 years. The lion′s share of this money will be spent on defending and securing the settlements in The West Bank.

Ethnic cleansing or not, it seems the settlements are here to stay – America is paying the bill.

Gideon Levy is an Israeli journalist and author. Levy writes opinion pieces and a weekly column for the newspaper Haaretz that often focus on the Israeli occupation of the Palestinian territories.

Dalia Hatuqa is an experienced journalist who has reported on the Israeli-Palestinian conflict from Ramallah, Washington DC and Amman. A writer for Time Magazine, Foreign Affairs ... END_OF_DOCUMENT_TOKEN_TO_BE_REPLACED 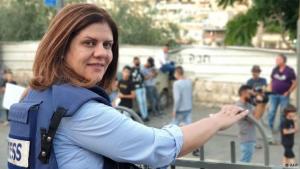 For over 25 years, Shireen Abu Akleh reported from the Palestinian territories and Israel. Last week she was killed covering an Israeli military operation. She was a trailblazer ... END_OF_DOCUMENT_TOKEN_TO_BE_REPLACED

What do we mean when we talk about Palestinian literature: an exploration using the example of Adania Shibli’s slender novel "Minor Detail". By Miryam Schellbach END_OF_DOCUMENT_TOKEN_TO_BE_REPLACED

A Jewish festival at the historic synagogue on Djerba island in Tunisia is often touted as a successful example of Jewish-Muslim coexistence. Yet, as Kerstin Knipp writes, ... END_OF_DOCUMENT_TOKEN_TO_BE_REPLACED

United Arab Emirates strongman Sheikh Mohammed bin Zayed al-Nahyan, who was formally elected president on 14 May, has led a realignment of the Middle East, creating a new anti- ... END_OF_DOCUMENT_TOKEN_TO_BE_REPLACED

END_OF_DOCUMENT_TOKEN_TO_BE_REPLACED
Social media
and networks
Subscribe to our
newsletter