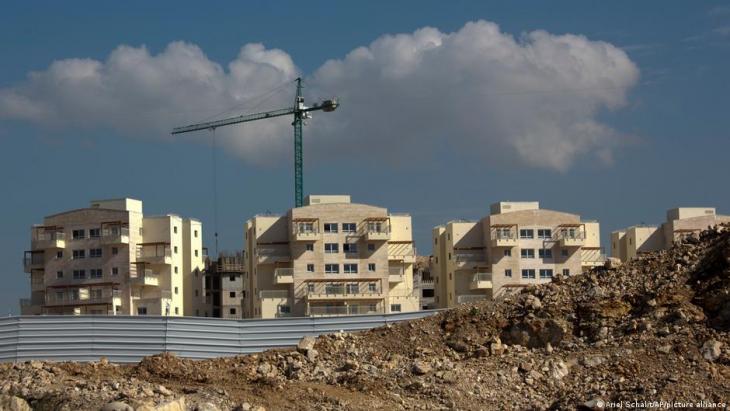 A senior Israeli minister said on Monday that he opposes the government's approval of more than 1,300 new settlement housing units in the occupied West Bank, highlighting stark disagreements between the country's ideologically divided coalition members.

The Israeli government on Sunday announced construction tenders for 1,355 housing units in the West Bank, the first such announcement of expansion of settlements in the territory during US President Joe Biden's administration. The move appears to run contrary to the new government's pledge to put ideological considerations aside and reduce tensions with the Palestinians.

The announcement was one of the final steps before the new settlement expansion can commence. It green lights bidding on contracts for hundreds of housing units in the settlements of Ariel, Beit El and other remote Jewish communities in the West Bank, a territory the Palestinians seek as part of a future state. Israeli Housing and Construction Minister Zeev Elkin said in a statement on Sunday that "after a long period of construction freeze in Judea and Samaria, I applaud the marketing of more than 1,000 units,'' referring to the West Bank by its biblical names.

But Health Minister Nitzan Horowitz, leader of the dovish Meretz party, said on Monday in an interview with Israeli public radio broadcaster Kan that his faction "will explicitly not agree to actions that will harm the chances of reaching a solution'' with the Palestinians and called on his government to refrain from them.

"I understand that this government, in the existing situation, won't sign a peace treaty with the Palestinians right now, but still, we must avoid actions that worsen the situation,'' he said. He remained confident, however, that the coalition would remain united and pass a national budget before a deadline on 14 November despite its differences.

Sunday's announcement came a few days before the expected authorisation for some 3,000 new settler housing units in the West Bank later this week, which has already drawn calls for restraint from the US. That's in addition to another 1,600 units for Palestinians residing in areas of the territory under Israeli civil administration.

The Palestinians seek the West Bank, the Gaza Strip and east Jerusalem – areas Israel captured in the 1967 Middle East war – for their future state. The Palestinians view the settlements, home to some 700,000 Israelis, as a main obstacle to peace. Most of the international community considers Israel's West Bank settlements illegal. Israel views the West Bank as the biblical and historical heartland of the Jewish people.

The Israeli anti-settlement organisation Peace Now issued a statement saying the new government's "commitment to the political status quo was revealed to be lip service on the way to a continuation of Netanyahu's annexation policy,'' referring to the previous Israeli administration under Benjamin Netanyahu, now opposition leader.

The announcement of new housing units and last week's outlawing of Palestinian rights groups for alleged terrorism links have rattled the recently inaugurated Israeli government's fragile ruling coalition. It is made up of eight parties ranging from ultranationalists who promote settlement construction to more dovish groups that want renewed peace talks with the Palestinians.

Mossi Raz, a Meretz party lawmaker, condemned the settlement announcement, writing on Twitter that "these steps endanger the future of the state of Israel and the future political horizon, and undermine the basis on which this change government was founded." (AP)

More on this topic
Attack on West Bank village Mufkara: Militant settlers sow the seeds of violenceMiddle East conflict: "The Palestinians face repression on all sides"US policy in the Middle East: The America that Israel and Palestine need
Home
Print
Newsletter
MoreAll Topics

END_OF_DOCUMENT_TOKEN_TO_BE_REPLACED
Social media
and networks
Subscribe to our
newsletter