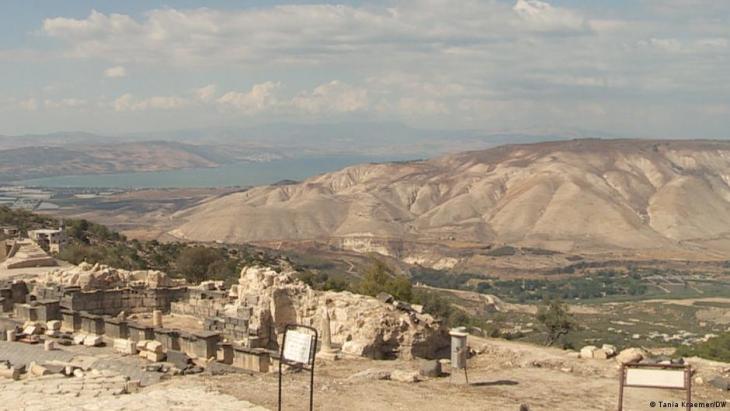 Israeli Prime Minister Naftali Bennett said on Sunday that the country intends to double the amount of settlers living in the Israeli-controlled Golan Heights with a multimillion-dollar plan meant to further consolidate Israel's hold on the territory it captured from Syria more than five decades ago. Bennett said the new investment in the region was prompted by the Trump administration's recognition of Israeli sovereignty over the swath of land and by the Biden administration's indication that it will not soon challenge that decision.

Bennett's office said the government would invest some 1 billion shekels (over $300 million) into developing the Golan, including the establishment of two new settlements as well as investments in tourism, industry, clean energy and technology that would create several thousand jobs.

Entrenching Israeli control over the territory would complicate any future attempt to forge peace with Syria, which claims the Golan Heights.

Israel captured the Golan Heights in the 1967 Mideast war and later annexed the territory, promoting settlement and agriculture there as well as creating a thriving local tourism industry. The US was the first country to recognise Israel's sovereignty over the Golan, which the rest of the international community regards as Israeli-occupied.

Bennett said the decade-long war in Syria made the idea of Israeli control of the territory more acceptable to its international allies, adding that the alternative would be much worse.

Israel has long argued that the strategically important area has, for all practical purposes, been fully integrated into Israel since it was captured from Syria – and that control of the strategic plateau is needed as protection from Iran and its allies in Syria. Some 50,000 people live in the Golan Heights – roughly half Jewish Israelis and half in Druze Arab villages that were formerly part of Syria. Some of the Druze population opposes Israeli control. The Israeli development plan aims to double the Jewish population in the coming years.

Shortly after making his remarks, Bennett's office said he was notified that his daughter had tested positive for the coronavirus, prompting the Israeli leader to leave the Cabinet meeting and head into self-isolation at home.

Bennett's office said he had tested negative in a rapid test taken before the meeting and that Bennett's daughter, 14, was vaccinated. Israel's education minister, Yifat Shasha-Biton, missed Sunday's meeting after her daughter tested positive for COVID-19. Her office said she had gone into self-isolation while she awaited the results of a coronavirus test. (AP)

More on this topic
US recognises Israeli annexation: Why so silent over the Golan?Trump backs Israeli sovereignty in Golan Heights Druze in the Golan Heights: Squeezed between occupation and civil war
Home
Print
Newsletter
MoreAll Topics

END_OF_DOCUMENT_TOKEN_TO_BE_REPLACED
Social media
and networks
Subscribe to our
newsletter