A History of a Conflict

May 14 marks the 60th anniversary of the founding of the state of Israel. While Arabs call the day "the catastrophe," many Israelis aren't in the mood to celebrate. A look back on six decades of dreams and nightmares. Peter Philipp reports 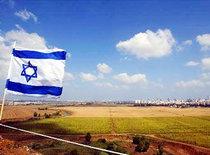 ​​On May 14, 1948, the leaders of Palestine's Jewish population, the Yishuv, gathered in Tel Aviv's museum to realize the dream that had begun taking shape over decades of growing Jewish immigration: to establish the Jewish state propagated by the father of political Zionism, Theodor Herzl.

The opportunity had finally arrived. Just hours before the British Mandate over Palestine came to an end and the British high commissioner left the country, David Ben-Gurion declared the founding of the state of Israel.

The Israelis quickly recognized that the realization of their dream actually meant a shift from one nightmare to the next: from persecution and annihilation in Europe to latent war and open threats to their existence.

For decades most people in the Middle East refused to accept Israel's existence, or even its right to exist. Israel's independence day became known as the Nakba, the catastrophe, in Arabic and continues to be called that.

1967: The 6-Day War has been described as a David and Goliath struggle

​​Within hours the statehood celebrations were interrupted by the droning of bombs and grenades, and Israel was forced to fight its first war.

The states of the Arab league, which had been founded not long before, hoped to exterminate the new entity they believed the West had brought upon them - the British with the Balfour Declaration, in which they promised the Jews support in the establishment of a national homeland in 1917; the UN with its 1947 Partition Plan for Palestine; and the United States with its active support for the foundation of the state of Israel.

1973: General Moshe Dayan (l.) with Ariel Sharon on the Egyptian side of the Suez Canal

​​Against all expectations, the Arab plan failed. Israel expanded its territory even beyond the lines of the partition. More than 750,000 Palestinians were forced to leave their homes - out of fear for their lives or because they were expelled. They remain the central problem in the conflict 60 years later -- and their numbers have grown to around 4 million.

They were unwilling to accept the result and vowed vengeance. And because the Arabs were loath to admit their defeat at the hands of the tiny Jewish state, they held the West responsible for it. Thus, the legend arose that nurtures radical groups and demagogues to this day: Israel as the outpost of an anti-Arabic and anti-Islamic West in the Middle East, just as the crusaders were hundreds of years ago.

Israel's enemies believe they have repeatedly seen their thesis confirmed. In 1956, they saw as confirmation that Israel, France and Britain joined forces in the Suez Crisis.

The Europeans were concerned about the Suez Canal, while the Israelis wanted to ensure the security of their border to Egypt. During the Cold War, Egypt, Syria and Iraq became allies with Moscow, which strengthened all the more the connection between the US and Israel and conservative Arab states.

​​The most important change came after the Six-Day War in June 1967. Despite Israeli warnings, Egyptian President Gamal Abdel Nasser closed the Straits of Tiran, giving Israel an excuse for a preventive strike.

Jordan and Syria's intervention was no help to Cairo. Within six days, Israel had seized the entire Sinai Peninsula, the Gaza Strip, the West Bank and the Golan Heights.

Suddenly Israel controlled all of historic Palestine. Some Israelis were hopeful that a call would come from Amman or Cairo offering peace in exchange for occupied territory. But the telephone didn't ring. Instead, in Khartoum, the Arab League declared its "Three No's": no peace with Israel, no recognition of Israel, no negotiations with Israel.

Peace with the arch-enemy

In the 1973 Yom Kippur War, the Arabs succeeded in improving their damaged self-confidence, with Syria and Egypt causing heavy damage to Israel. But the war ended without victors. The new constellation, however, allowed Egyptian President Anwar Sadat to start a peace initiative which culminated in the Camp David Accords between Egypt and Israel in 1978.

1993: Rabin and Arafat sealed the peace deal at the White House

​​The Palestinians could have been part of the peace agreement, but with encouragement from the Arab world, they rejected it.

It wasn't until 15 years later, in 1993, that Israel and the Palestinian Liberation Organization (PLO) under Yasser Arafat agreed on the Oslo peace plan, which was meant to lead to Israel pulling out of the occupied territories and the foundation of a Palestinian state.

Finally the most important Palestinian groups were willing to accept the two-state solution recommended by the UN Partition Plan 46 years previously.

But resistance came from the Israeli side too. Likud party nationalists under Benjamin Netanyahu denounced what they said was a betrayal of the historic homeland, as they viewed all of Palestine as Eretz Yisrael, belonging to the land of Israel. They warned against the dangers for Israel of giving up the occupied territories.

In November 1995 Prime Minister Yitzhak Rabin, who had signed the Oslo Accords, was assassinated. The following year, Netanyahu was elected prime minister, and Israel began to sabotage the implementation of the Oslo plan.

1995: Rabin's assassination by an Israeli came as a shock

​​Growing dissatisfaction among Palestinians added to the political crisis in Israel. In autumn 2000 the second Intifada started.

In the course of the "al-Aqsa Intifada" nearly every positive development in the Palestinian territories was destroyed: autonomous self-administration once again became occupied territories, and Israel, under Ariel Sharon, started to close itself off from the Palestinians behind a gigantic wall.

It was only after Arafat's death, in November 2004, and with great effort, that negotiations resumed, but they failed to bring results. At the same time, those opposed to any kind of settlement gained ever more influence. In early 2006, Hamas won elections in the Palestinian territories.

The beginning of the second Intifada - a legacy of violence

​​The Islamist group refused to recognize Israel or the Oslo Accords, and the Palestinians again became isolated, particularly from the West. Israel was intransigent, deciding to make no more compromises. The situation in the Gaza Strip, which Israel had evacuated, began to resemble war.

That US President George W. Bush wanted to finish his last year in office with peace in the Middle East made no difference. There was nothing to indicate he would succeed.

Instead, the atmosphere among Palestinians and Israelis continues to deteriorate. The Palestinians fight among themselves. Israel intends to spend millions on celebrating the 60th anniversary of statehood, but even that is controversial. The anniversary year was declared the "Year of Youth." But critics point out that over one-third of young Israelis live below the poverty level - which is certainly nothing to celebrate.

Arab-Israeli Conflict
Middle East Modesty
Avoiding failure is sometimes a better objective than achieving great success, argues Richard N. Haass in his commentary. Ignoring the reality that the Middle East conflict is not even close to being ripe for resolution will lead to failure or worse, says Haass

Interview with Karen Koning AbuZayd
"We Need Open Borders"
The Gaza Strip has been sealed off from the outside world by Israel since June 2007. Karen Koning AbuZayd, director of the UN relief organization for Palestinian refugees, tells Alexander Kudascheff about the humanitarian situation there