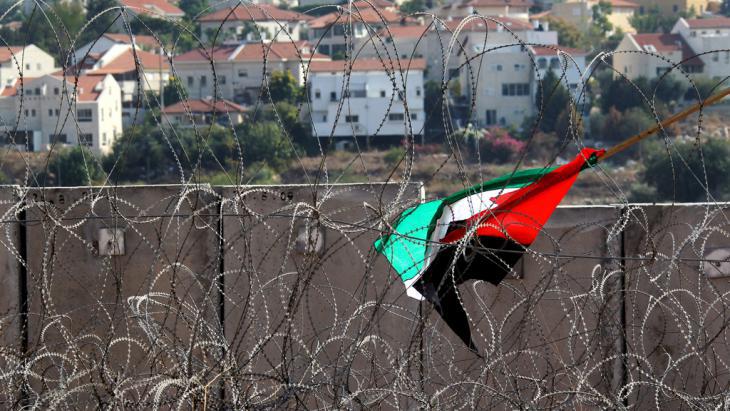 In his book "The Political Economy of Israel's Occupation", the Israeli economist Shir Hever analyses the relationship between the economy and Israel's occupation of the Palestinian territories and its global impact. Martina Sabra read the book and spoke with the author

Benjamin Netanyahu is still in power. Shir Hever says that the results of the recent parliamentary election in Israel came as no surprise to him. "The election campaign was based on fear-mongering and racism – a tactic that ultimately paid off. Even Israelis who don't think much of Netanyahu voted for him."

When it comes to the peace process, the Israeli economist, who currently lives and works in Germany, no longer believes in a two-state solution: "Let's be honest: the fact is that Israelis and Palestinians live in one state. In my opinion, the best solution – both politically and economically – would be a single state for all, in which Jews and Palestinians live together as equal citizens with full democratic rights. But whether the Palestinians want to cling to the two-state solution, or whether they are ready to advocate for full civil rights in a common state, that's up to them to decide," says Hever.

Shir Hever, who is currently doing research at the University of Gottingen on the privatisation of the Israeli security industry, outlines in his book the structures and development lines that make up the economic dimension of the Israeli occupation of the Palestinian territories. Hever believes that a political solution to the Israeli-Palestinian conflict will only be conceivable if people understand this economic component and take sufficient account of it.

He also believes that the political economy of the occupation has global implications that are of significance for the future of democracy and human rights – and not only in the Middle East. Together with Palestinian and Israeli scholars, Hever spent many years gathering the material for his book . Having completed his studies in Tel Aviv, he worked for several years as an economic expert at the renowned Alternative Information Center, a Palestinian–Israeli non-governmental organisation based in Jerusalem and in the Palestinian town of Beit Sahour in the West Bank. 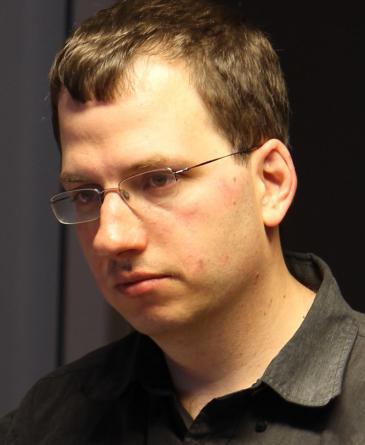 The economist Shir Hever is an Israeli activist. He deals mainly with the economic aspects of the occupation and has worked for the Alternative Information Center, a Palestinian–Israeli organisation

In the first part of his book, which describes the present situation, Hever summarises the factors that he feels govern the economy of the occupation. First among these is international support for Palestine and Israel. Hever concludes that foreign aid has become a major factor in shaping not only (and most particularly) the Palestinian economy, but also, indirectly, the Israeli economy. In its current form, he says, international development co-operation does not strengthen the Palestinians' right of self-determination but instead helps the Israeli government to fortify and perpetuate the occupation regime.

Other topics dealt with in this chapter are the artificially fuelled inflation in the occupied territories and the costs of the occupation. Speaking to Qantara.de, Hever contradicted the view that Israel as a whole reaps direct economic benefits from the occupation: "That was true during the first two decades, until 1987. But when the Palestinian resistance became more organised, a split occurred down the middle of Israeli society. A small minority continued to profit from the occupation – mainly companies that manufacture building materials, armaments and security technology." But now, says Hever, most Israelis are paying an additional price for the occupation: "This is evident, for example, from the deteriorating social situation. The Israeli government is paying massive subsidies for the colonies."

In his book, Hever describes how rapidly advancing expropriation in the Palestinian territories was accompanied by a neoliberal realignment of Israeli society and the country's economy – a trend that has led in recent years, among other things, to important areas such as education, health care and social housing being neglected. This also applies to the Palestinian territories: according to the economist, a small number of Palestinians got rich from the occupation regime, while the majority slid below the poverty line.

Global aspects of the occupation economy 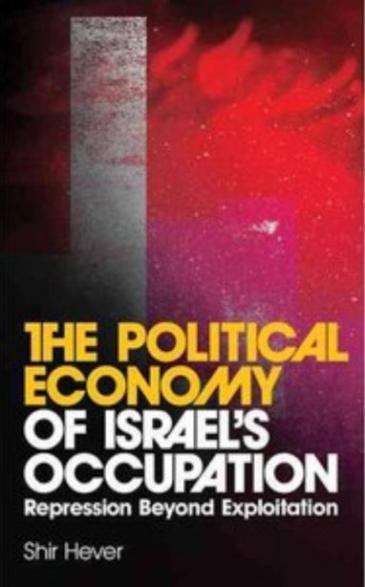 Shir Hever says that in its current form, international development co-operation does not strengthen the Palestinians' right of self-determination but instead helps the Israeli government to fortify and perpetuate the occupation regime

Hever does not limit his analysis to the geographical area of Israel and Palestine but also looks at the global aspects of Israel's occupation economy. Whether it be weapons, walls, fences, watchtowers, cameras, sensors or drones that monitor the least little movement of Palestinian people day and night, the individual components of the comprehensive control system that Israel has installed in the occupied territories are now being exported worldwide – for controlling uprisings and protests.

Potential customers are not only dictatorships but also democratic governments. The Israeli-Palestinian conflict has thus taken on a global dimension, warns Hever. "The Israelis are advertising their technology as having already been tested on live subjects. The technology is then sold and later used to violate the privacy and civil liberties of people all over the world."

The handling of Gaza must also be seen against this backdrop: "I don't believe that there are any plans for reconstruction, or that the Israeli leadership has any long-term plans at all for what to do with Gaza", says Hever. "The situation of people in the Gaza Strip is absolutely catastrophic, but this will not be changing anytime soon. At the next opportunity, a pretext will be found to bomb Gaza again."

Another chapter of the book covers the impact of the wall and the situation in East Jerusalem, which has been barred to the Palestinian residents of the West Bank for years. Hever estimates that the separation caused by the wall has led to economic losses of US$200 million per annum for Jerusalem alone. The bottom line is that the costs of the occupation are devastatingly high on all sides.

In the second, far shorter section of the book, Hever discusses why Israel still continues the occupation and why it is given precedence over economic profit. Hever believes that Israel is different from all other countries. He writes that Israel is a project state (italics used in the Hever's book – ed.), in which the project of Zionism takes priority over the needs of the state of Israel and of society. 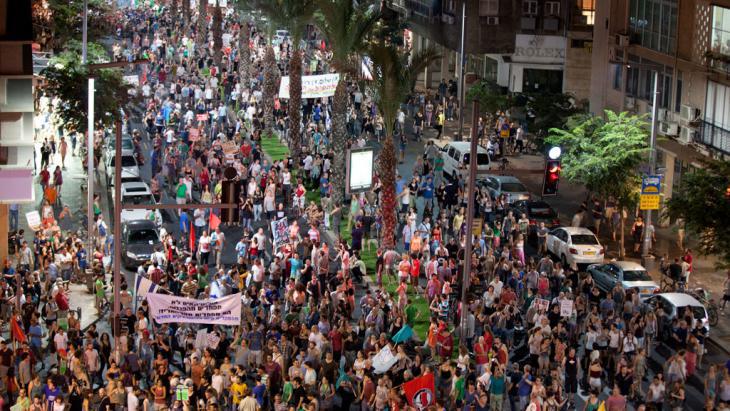 Protests against cuts in social benefits and rising rents in Tel Aviv. In his book, Hever describes how rapidly advancing expropriation in the Palestinian territories was accompanied by a neoliberal realignment of Israeli society and the country's economy – a trend that has led in recent years, among other things, to important areas such as education, health care and social housing being neglected

On the road to a one-state solution?

To conclude, Hever discusses possible future scenarios. He takes a sceptical view of the two-state solution still advocated by the Palestinian leadership. He feels that the one-state solution – a concept that Hever believes is finding favour with more and more Palestinians – is more politically realistic and economically interesting for all sides.

And yet this very scenario poses a threat to the current Israeli leadership, because it increases the likelihood that non-Jewish sections of the population would call into question the Jewish character of the state.

With its many theoretical digressions, Shir Hever's book is not an easy read. Moreover, many of the figures and diagrams need to be updated. Nevertheless, it is worthwhile reading because it describes in detail matters to which interested parties in the German-speaking world rarely have any access.

Algeria‘s regime is again cracking down on anti-fracking activists and the unemployed in the country‘s south. Yet EU countries remain keen to scale up their energy cooperation ... END_OF_DOCUMENT_TOKEN_TO_BE_REPLACED

Anti-Semitic motifs have no place at Germany’s documenta art show or anywhere else in the world, stresses Meron Mendel, director of the Anne Frank Educational Centre in Frankfurt ... END_OF_DOCUMENT_TOKEN_TO_BE_REPLACED

Fifty-five years after Israel began occupying Palestinian lands, it is more difficult than ever to imagine a way out. The seeds of the two-state solution that were planted by ... END_OF_DOCUMENT_TOKEN_TO_BE_REPLACED

Yazan Khalili is spokesman for The Question of Funding, a collective of artists taking part in the leading German contemporary art festival Documenta 15. Here, he responds to ... END_OF_DOCUMENT_TOKEN_TO_BE_REPLACED

When times are tough, the exchange of ideas and perspectives becomes especially important. It takes dialogue. And at Deutsche Welle, we need distributors and cooperative partners ... END_OF_DOCUMENT_TOKEN_TO_BE_REPLACED

Every week, Jewish, Christian and Muslim youths meet to sing together. And they do so in the middle of a city where Israelis and Palestinians are often at loggerheads. Anja Koch ... END_OF_DOCUMENT_TOKEN_TO_BE_REPLACED
Author:
Martina Sabra
Date:
Mail:
Send via mail

END_OF_DOCUMENT_TOKEN_TO_BE_REPLACED
Social media
and networks
Subscribe to our
newsletter