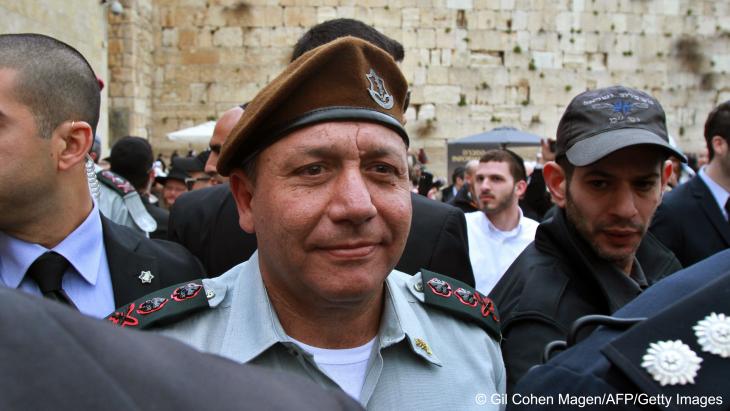 Israel's former army chief Gadi Eisenkot said on Sunday that he is joining a new party headed by Defence Minister Benny Gantz ahead of a general election in November. Recent media reports had said that Eisenkot, chief of staff from 2015 to 2019, was being courted by political parties including Prime Minister Yair Lapid's centrist Yesh Atid.

But on Sunday Eisenkot announced he will join forces with Gantz, himself a former army chief, and Justice Minister Gideon Saar to form the new centre-right "National Unity Party", or Hamahane Hamamlachti in Hebrew. "I served the State of Israel as a fighter and commander," said Eisenkot in a televised speech Sunday. "After completing the cooling-off period required by law, I decided to take action and not sit on the sidelines."

"We are facing significant national security challenges and we do not have the privilege to not form a functioning government," Eisenkot added.

The election, set for 1 November after parliament was dissolved on 30 June, will be the country's fifth in less than four years. There is a long-standing tradition in Israel of retired army chiefs entering politics.

"We choose to unite under the belief in Israel as secure, Jewish and democratic," said party leader Gantz. "We choose to unite in order to build the IDF's (Israeli military) strength against all challenges, to minimise our conflict with the Palestinians and stop it (Israel) from becoming a binational state," he said.

Lawmaker Matan Kahana, of former premier Naftali Bennett's right-wing Yamina party, has also joined their list, Gantz added. They "will run together in the upcoming elections under a list titled the National Unity Party", they said in a joint statement issued to journalists.

It said the new party would "form a base for a broad and stable government that will put an end to the ongoing political crisis".

November's vote will in part be a contest between Lapid and former premier Benjamin Netanyahu.

Lapid was the architect of a motley alliance of right-wingers, centrists, doves and Islamists that took office in June 2021, ending Netanyahu's record 12 consecutive years in power.

The country remains mired in an unprecedented era of political gridlock, with early opinion polls indicating that November's election results may again be inconclusive.    (AFP)

END_OF_DOCUMENT_TOKEN_TO_BE_REPLACED
Social media
and networks
Subscribe to our
newsletter