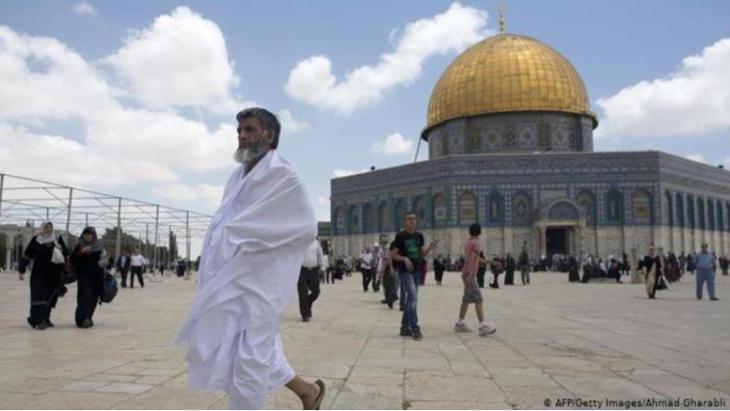 An Israeli judge's conclusion this week that "quiet" Jewish prayer should be allowed at Jerusalem's Al-Aqsa mosque compound (pictured above) has stirred outrage among Palestinians and the Muslim world.

Jews refer to the site as the Temple Mount, referencing two temples said to have stood there in antiquity. Al-Aqsa is at the heart of the Israeli–Palestinian conflict, falling within Israeli-annexed east Jerusalem, but administered by the Waqf Islamic affairs council.

The Waqf called the Tuesday ruling by Jerusalem Magistrates' Court judge Bilhha Yahalom an illegitimate "provocation", while Palestinian Prime Minister Mohammed Shtayyeh warned Israel against any moves to enforce it.

Even Israeli police have appealed the decision, which came in response to a petition by an Israeli rabbi, Aryeh Lippo, who on 29 September was slapped with a two-week ban from the plaza after praying there.

The Waqf reluctantly grants Jews limited access to the site at certain hours, but the Jewish presence at the Al-Aqsa has long been a rallying cry across the Muslim world.

In May this year, clashes over possible evictions in a nearby Palestinian neighbourhood spread to the mosque compound, sparking an Israeli crackdown that escalated into an 11-day war between Israel and Palestinian militants in the Gaza Strip.

No Israeli law prohibits Jewish prayer at the site, the third holiest to Islam.

But since 1967, the year Israel captured east Jerusalem including the Old City in the Six Day War, Israeli authorities have enforced a ban on Jewish prayer to prevent tensions.

Judge Yahalom's legal ruling was narrowly focused on overturning Lippo's ban from the plaza. But commenting on his conduct, she wrote: "The appellant stood in the corner with a friend or two, there was no crowd around him, his prayer was quiet, whispered."

"I have not found that the religious acts carried out by the appellant were externalised and visible," she ruled, determining that such prayer did "not violate police instructions," and cancelling his ban from the site.

In appealing the ruling, police said Lippo engaged in "improper conduct in the public sphere."  (AFP)

END_OF_DOCUMENT_TOKEN_TO_BE_REPLACED
Social media
and networks
Subscribe to our
newsletter