Israeli Magazine on Palestinian Trauma
The Nakba in Hebrew

The first magazine published by Jewish Israelis to focus solely on the Palestinian Nakba has recently come out in Israel. Granted an enthusiastic reaction from left-wing liberals, it has so far been ignored by the right wing. Joseph Croitoru reports

The first magazine published by Jewish Israelis to focus solely on the Palestinian Nakba has recently come out in Israel. Granted an enthusiastic reaction from left-wing liberals, it has so far been ignored by the right wing. Joseph Croitoru reports 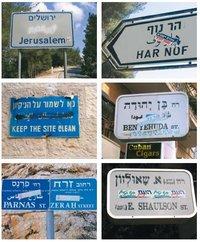 Historical amnesia: The magazine Sedek documents how traces of Arab identity in Israel have been suppressed

​​The group "Parhessia", named after the Old Hebrew word for "public", is raising something of a stir in Israel.

It was founded two years ago by Israeli writers, artists and teachers with the objective of establishing a new language for the Israeli public sector, throwing a critical light on the ethnic, religious and social complexity of the country's society.

Parhessia's most recent high-profile initiative is the result of a collaboration with the Israeli association "Zochrot". This group has been working for some years on informing the Israeli public about the Nakba, the Palestinian trauma of flight and expulsion in 1948, and its consequences – in Hebrew, with the aim of breaking down the general taboo concerning the war and its outcomes.

The product of this cooperation is the first magazine published by Jewish Israelis to focus solely on the Palestinian Nakba – now available in Hebrew and English editions.

The politics of remembering

The richly illustrated magazine with the title "Sedek", meaning rip or tear, is subtitled "Magazine on the Nakba here". The very first pages feature a striking photo series shot by the Jewish photographer Zoltan Kluger shortly after the Arab-Israeli War of 1948. 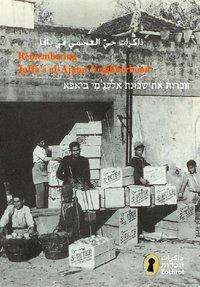 In addition to the magazine Sedek, the organization Zochrot also publishes monographs that recall the Arab past of certain cities and places – here a Palestinian district in Jaffa

​​Following the expulsion and flight of hundreds of thousands of Palestinians, the Israeli army either totally destroyed their villages or turned them into Jewish settlements. Kluger's photographs are a graphic reminder of how these places' Palestinian past has been successively wiped out of the Israeli collective memory by the new Jewish landowners.

One photo, for instance, documents Jewish men putting up a provisional sign outside one such former Palestinian village. Below the new Hebrew place name is the Arabic name in Hebrew in parentheses, which was later to disappear not only from the sign but also from the maps of Israel.

A picture showing children of Jewish immigrants learning Israeli national dances has just as uneasy a feel to it, especially as its backdrop is a partially destroyed Palestinian village that was soon to become Israeli.

A Palestinian and an Israeli poet laureate

The magazine's structure is courageous and refreshing, juxtapositioning two texts by Mahmud Darwish and Chaim Nachman Bialik, the Palestinian and Israeli poet laureates, in which the poets philosophise about the power of the word.

Next, Palestinian intellectuals originating from the once solely Palestinian city of Jaffa describe their impressions of a visit to the now predominantly Jewish town, focusing on the systematic obliteration of its Arabic history.

A photo project by Parhessia documents in no uncertain terms how the Arabic street names on street signs are repeatedly covered or sprayed over, such as those in Jerusalem. Works by young Israeli poets have a similar intention. Their aim is to raise linguistic consciousness, including awareness of the Palestinian side of the issue.

One example is a poem by 35-year-old Matti Schmuelof, "Ahavat Israil", a combination of words that sounds strange to Jewish readers. The title is made up of the Hebrew word for love and the Arabic term for the state of Israel – a clear challenge to the Zionist formula "love of Zion".

And Haya Schalom, a peace activist and opponent of the Israeli occupation, has searched out her parents' old apartment lease contract for the magazine, symbolising the deprivation of numerous Palestinians' rights after the 1948 war: After the Palestinian house-owners had to leave the country, the Jewish tenants suddenly became owners overnight.

"Sedek" has been enthusiastically received in liberal Israeli circles, and a second issue is already in the making. The right wing, however, has ignored the magazine to date.

Israel's Critical Intellectuals on the Defensive
Is Post-Zionism passé? So it seems, as since the beginning of the second Intifada, Israel's critical intellectuals are forced onto the defensive, a situation political right-wingers profit from. By Joseph Croitoru

Israeli Women as Checkpoint Monitors
Concerned about the Dignity of the Palestinians
An organization of Israeli women spent six years monitoring activities at Israeli checkpoints. What motivates these women to monitor the men who are supposed to be protecting them? Beate Hinrichs reports

END_OF_DOCUMENT_TOKEN_TO_BE_REPLACED
Social media
and networks
Subscribe to our
newsletter