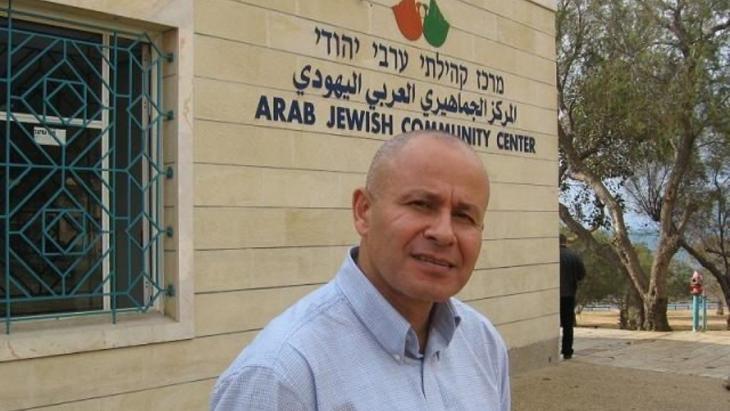 Israeli-Palestinian relations
Dialogue in a time of conflict

Arab cities in Israel, such as Jaffa and Tira, illustrate that Jews and Arabs do live together as good neighbours. Since the Gaza War, however, positions have become more entrenched and mistrust has grown on both sides. Nevertheless, a number of NGOs insist on continuing with dialogue projects. Now more than ever. By Ulrike Schleicher

Improved relations between Jews and Arabs within Israel cost many years of hard work and are still a sensitive and vulnerable area. Now, the events of the past weeks – the murders of the Jewish and Palestinian teenagers and the brutal war in Gaza – are threatening to destroy this fragile fabric.

In places where good neighbourly relations were at least possible – such as in Haifa, Nazareth and Jaffa – mistrust and rejection have grown on both sides. This worsening has multiple consequences, ranging from economic damage caused by boycotts to job losses, Internet harassment, physical violence and interference in people's private lives.

There is a queue of people outside Abu Karavan's small shop. It is a common enough sight on this street in Jaffa, the ancient Arab part of Tel Aviv; many people consider Abu Karavan's hummus – available in many varieties – to be "the best in the entire universe". Customers travel from far and wide to get their hands on it.

For several weeks, however, the seats inside the shop have been empty and the staff have been squatting outside smoking cigarettes instead of serving hummus at conveyor-belt speed. "The Jews hardly come now," one of them says. And that's not just the case for Abu Karavan in Jaffa; the situation is similar in Abu Gosh near Jerusalem, in the northern town of Nazareth or in inland Tira – Arab businesspeople all over the country are being boycotted by their Jewish customers.

Tira, for instance, was often very busy on Saturdays, when other shops in Israel are usually closed. Many Jews came to shop at the market on the main road and then go out for a meal. The streets are now empty; sales have collapsed, says restaurant owner Hosni Abu Hassan. The consequence: the market is no longer held. Abu Hassan's mood veers between anger and frustration. He feels disappointed in the Jewish population. "I've known many of my customers for 20 years," he says. "Now they've left me high and dry."

He can understand that many no longer come out of simple fear, says Abu Hassan. In Tira – as in other Arab communities – the locals have not only demonstrated against Israeli actions in the West Bank and the Gaza Strip, there have also been acts of violence against Jews. In Qalansawe, for example, a car driver was almost lynched. 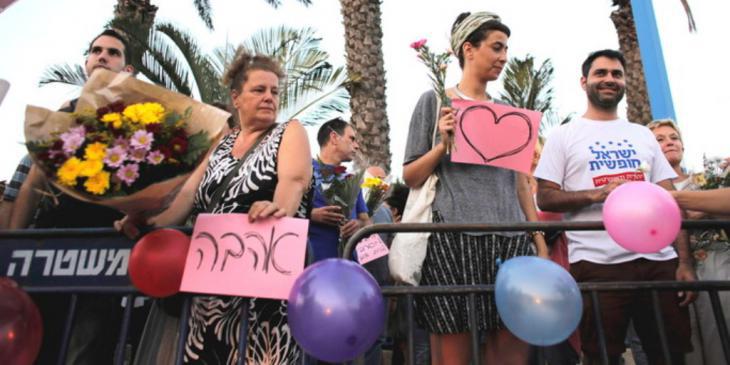 A wedding that brought joy as well as anger and opposition: "Ever since Morel Malka converted from Judaism to Islam to marry Mahmoud Masur, the couple have been targeted by Jewish extremists who are opposed to mixed marriages," writes Ulrike Schleicher. There were, however, also people who came out in support of the couple, such as here in Rishon Lezion

Yet it's the general suspicion under which Arabs are placed that makes Abu Hassan angry. He puts it down to politicians like the Israeli foreign minister Avigdor Lieberman, who are fuelling racism. Liebermann called for the boycott of Arab businesses that took part in a strike in solidarity with the Arabs in Gaza at the end of July.

The tension is palpable in workplaces too, with difficult consequences. Nina Majorek, a doctor and cancer researcher in Jerusalem, recounts that her Palestinian hospital colleagues hardly dare to speak Arabic at work; a young Palestinian woman had the "scarf torn off her head".

"I have no words for what's happening in Israel at the moment," she says. She feels disgusted; especially by the way such attitudes have become socially acceptable.

War is also raging between the two sides in social media. The Facebook page demanding revenge for the murders of the three Jewish teenagers has now been closed down, but there are others where people – often very young, on both sides of the divide – voice their hatred unhindered; one side celebrates the deaths on the other.

Things came to a peak, however, when a wedding became a platform for racist hatred. Ever since Morel Malka converted from Judaism to Islam to marry Mahmoud Masur, the couple have been targeted by Jewish extremists who are opposed to mixed marriages. They have received death threats and had to change telephone numbers and e-mail accounts.

The wedding ceremony on 18 August 2014 had to take place in a courtroom under police protection. The extremists were allowed to demonstrate at a distance of 200 metres from the building. President Reuven Rivlin condemned the hounding of the young couple, saying they were entitled to "every freedom in a democratic state". 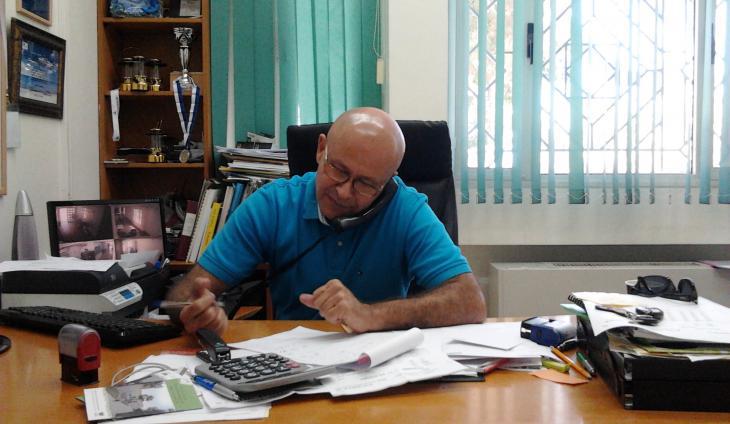 Working tirelessly for peace and dialogue: Ibrahim Abu Shandi of the Arab Jewish Community Center in Jaffa says of both sides in the conflict: "We have to understand that we're all in the same boat and we can only steer it together."

Sadly, most Israeli politicians have still not commented on the events – "and thereby agree," says Ibrahim Abu Shandi, head of the Jewish-Arab community centre in Jaffa. He calls to mind that the atmosphere between Jews and Arabs deteriorates during every war. "This time, though, we're also experiencing physical violence."

Nevertheless, Abu Shandi, a former social worker who used to work with people on the streets, remains optimistic. Despite all the setbacks, he has been fighting for many years to help the two communities get to know each other better. Founded in 1994, the community centre is particularly dear to his heart. "We bring school classes together there, women and men, and we try to convince those who aren't convinced."

The focus is on long-term projects, "because they're the only way to really tackle prejudices," says Abu Shandi. His creed: "We have to understand that we're all in the same boat and we can only steer it together."

Abu Shandi is not the only person who refuses to give up. Together with Udi Cohen, the managing director of the Arab-Jewish forum for "Citizens in Harmony", he recently organised an event bringing together rabbis, imams, secular and religious Jews and Arabs, intellectuals and workers, and politicians of all stripes around a single table. The subject of the meeting reflected the joint concern of not wanting to resign themselves to the present state of war. The event was titled "The Day after the war – Jews and Arabs in Israel: What can we do?"

Yazan Khalili is spokesman for The Question of Funding, a collective of artists taking part in the leading German contemporary art festival Documenta 15. Here, he responds to ... END_OF_DOCUMENT_TOKEN_TO_BE_REPLACED

When times are tough, the exchange of ideas and perspectives becomes especially important. It takes dialogue. And at Deutsche Welle, we need distributors and cooperative partners ... END_OF_DOCUMENT_TOKEN_TO_BE_REPLACED

Every week, Jewish, Christian and Muslim youths meet to sing together. And they do so in the middle of a city where Israelis and Palestinians are often at loggerheads. Anja Koch ... END_OF_DOCUMENT_TOKEN_TO_BE_REPLACED

A law has been passed by the Iraqi parliament that criminalises any contact with Israel. In the midst of heated debates on the subject, one crucial aspect has been forgotten: the ... END_OF_DOCUMENT_TOKEN_TO_BE_REPLACED

Analyst Iyad El-Baghdadi examines the ongoing tensions between the United States and the two Gulf states – Saudi Arabia and the UAE – and their geopolitical implications in ... END_OF_DOCUMENT_TOKEN_TO_BE_REPLACED

What do we mean when we talk about Palestinian literature: an exploration using the example of Adania Shibli’s slender novel "Minor Detail". By Miryam Schellbach END_OF_DOCUMENT_TOKEN_TO_BE_REPLACED

Comments for this article: Dialogue in a time of conflict

Dialogue in a time of conflict by Ulrike Schleicher

As long as occupation of the Westbank and siege of Gaza is continuing there will be noch "good neighbourship".
I have been twice in the Westbank. Palestinians often say: We want to be treated as human beings, not as animals."
I had tried to travel to Gaza, too. But because of the siege it is impossible.
Dr. Martin Breidert

END_OF_DOCUMENT_TOKEN_TO_BE_REPLACED
Social media
and networks
Subscribe to our
newsletter