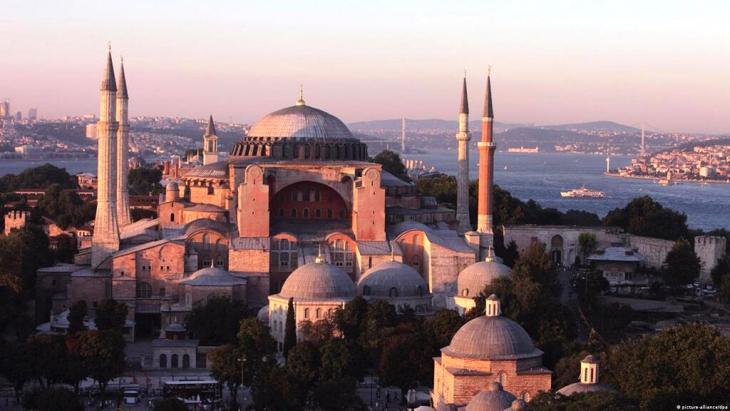 Istanbul in 24 hours
What's it like to live in a fractured city?

Turkey is so much more than its president, Recep Tayyip Erdogan: Christiane Schloetzer has selected twenty-four of Istanbul's sixteen million inhabitants, creating a portrait of the Bosphorus metropolis based on their life stories. By Rainer Hermann

Each person included in Schloetzer's publication stands for an hour of the day. The result is a book of hours about the Turkish city that never sleeps.

The author is a good observer and an equally good listener. In each of the twenty-four accounts, she describes the everyday life of the individual in question and lets them tell their life story, thus leading the reader deeper and deeper into the city. One learns just how fractured Istanbul and Turkish society really is.

Some of her subjects Schloetzer meets against the enchanting backdrop of the Bosphorus, others lead her to Silivri with its high-security prison just outside the city limits, built primarily for Turkey’s many political detainees.

The struggle for self-determination

Ordinary Istanbul residents, such as the wife of a neighbourhood imam, and powerful ones like an advisor to President Recep Tayyip Erdogan all get their say. The lighter side of life in Istanbul is portrayed by an architect and a creative cook, the latter a descendant of the Ottoman aristocracy, the darker side by a human rights lawyer who fights against injustice, a psychotherapist who exposes the double standards in society, and political victims like Osman Kavala. 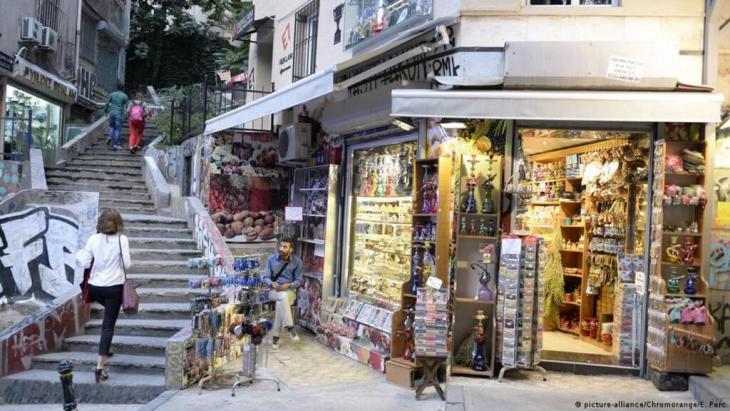 Street scene in Istanbul: the city's formerly cosmopolitan identity is barely visible today. In one of Christiane Schloetzer's portraits, Ethel Rizo says about her family: "I had a mother who spoke German, a father who spoke French with my mother, a grandmother who spoke Italian, and a grandfather who spoke Greek with me." And a little later: "I am German, Greek, Italian, Jewish, but I feel like an Istanbulite. I love this city. There are certain places on the Bosphorus that bring tears to my eyes whenever I see them"

The frustration of a doctor who wants to leave Turkey is countered by the energy of a young Gezi activist. Several portraits introduce us to the city’s lively art scene. The biographies related by descendants of Istanbul’s once numerous non-Muslim minorities are so unimaginable they can only be genuine. The same goes for those desperate youngsters fighting for their personal freedom.

'Tears to my eyes'

Schloetzer introduces the reader to Istanbul's university quarter, where a successful entrepreneur still meets fellow students and friends in a simple student cafe for a weekly reading and discussion circle decades after his graduation. In the process, one learns a lot about Turkish society.

The story of a young woman, the daughter of a second wife, delves deep into Kurdish Anatolia and describes her escape from the confines of village life, backward in every respect. 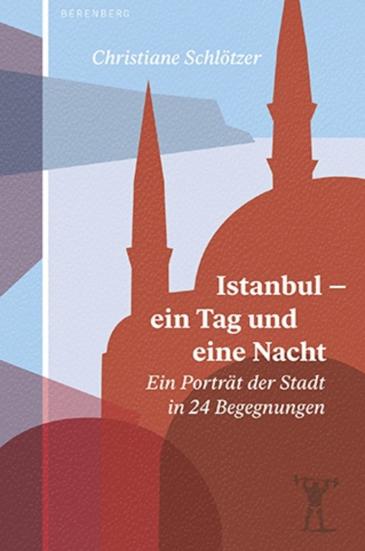 A metropolis in 24 portraits: Christiane Schloetzer, correspondent for the Suddeutsche Zeitung in Istanbul for a decade, has portrayed very different people from the Turkish metropolis for her book and thus gives a good insight into the diverse, but also fractured nature of Turkish society. "The overall effect is vivid and vibrant, reminding the reader that Turkey is so much more than its president,” writes Rainer Hermann. “Christiane Schloetzer has written several books about Turkey and Istanbul that are well worth reading, but this one is perhaps the most beautiful. Anyone travelling to Istanbul in the future should pack a copy”

And a little later: "I am German, Greek, Italian, Jewish, but I feel like an Istanbulite. I love this city. There are certain places on the Bosphorus that bring tears to my eyes whenever I see them."

The author met many of her heroes and heroines during the ten years she worked as a correspondent for the Suddeutsche Zeitung in Istanbul. She wrote the book, however, during her time as a scholarship holder at the Cultural Academy in Tarabya.

The Cultural Academy offers artists and writers the opportunity to work for four to eight months on projects related to Turkey in the historic buildings of the German ambassador's residence in Istanbul. It is under the auspices of the German Embassy, while curatorial responsibility lies with the Goethe-Institut.

Schloetzer’s writing reveals more about the city than just individual fates. Although each portrait provides an individual micro-perspective on Turkey's major developments, several common threads run through the book.

One is the social development that triggered the rural exodus after the Second World War, engendering the massive growth of cities like Istanbul. Indeed, most Istanbulites’ personal history is based on inner-Turkish migration, as families sought to escape the grinding poverty of Anatolian village life.

Every account also depicts key events in Turkish history from the perspective of those affected, such as the population exchange between Turkey and Greece in 1923, the riots against Greeks living in Istanbul in 1955 and 1964, the beginning of Erdogan's AKP rule in 2002, the Gezi protests of 2013, the failed coup attempt of 2016 and the local elections of 2019. Another common thread is the connection many of those portrayed have to Germany.

The overall effect is vivid and vibrant, reminding the reader that Turkey is so much more than its president. Christiane Schloetzer has written several books about Turkey and Istanbul that are well worth reading, but this one is perhaps the most beautiful. Anyone travelling to Istanbul in the future should pack a copy.

"The Turkish Malaise": Why is Erdogan gambling away Turkey's future?

Fariduddin Attar’s "The Conference of the Birds", one of the seminal works of Islamic mysticism, has recently been published in sumptuously illustrated German translation. It ... END_OF_DOCUMENT_TOKEN_TO_BE_REPLACED

Egyptian authorities have Mada Masr in their sights once again after critical reporting. But the editor of the country's last independent news source is adamant they will continue ... END_OF_DOCUMENT_TOKEN_TO_BE_REPLACED

Like Christianity, Europe's history is one of migration. Both have strong roots in the Orient and in cultures thousands of years old. Cultural historian Bernhard Braun invites us ... END_OF_DOCUMENT_TOKEN_TO_BE_REPLACED

Mohamed Abla is the first visual artist from Egypt to be awarded the Goethe-Institut’s Goethe Medal, Germany’s highest honour in the area of foreign cultural policy. Stefan ... END_OF_DOCUMENT_TOKEN_TO_BE_REPLACED

Bachtyar Ali sends the hero of his latest novel – "Mein Onkel den der Wind mitnahm" – literally flying. Jamshid is so thin after his years as a political prisoner that a gust of ... END_OF_DOCUMENT_TOKEN_TO_BE_REPLACED
Author:
Rainer Hermann
Date:
Mail:
Send via mail

END_OF_DOCUMENT_TOKEN_TO_BE_REPLACED
Social media
and networks
Subscribe to our
newsletter