Istanbul's alternative artists have begun creating important niches for a dialogue on society: in independent art spaces and beyond the established art scene. Irmgard Berner visited the exhibition "Istanbul-Off-Spaces" in Berlin Kreuzberg 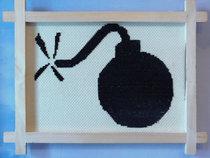 Parallel worlds brought together: "Special Days and Weeks - Istanbul" from the project "5533" which was founded by Nancy Atakan, Volkan Aslan and Marcus Graf in 2008

​​ Their names are "Hafriyat", "atilkunst" and "Apartman Project" and they are independent art spaces in Istanbul. "Hafriyat," which means "excavation," was one of the first and is still one of the most important non-commercial project spaces in Turkey. In recent years, there have been more and more of these initiatives in Istanbul, a city that previously had as good as no free market for art. The new projects are a reaction by artists and curators to the conditions of the institutionalised art world – and they are reacting with growing confidence. Artist groups are engaging in intensive dialogue, responding to the changes in Turkish society and civil rights laws. For a short time, a gallery in Berlin, the Bethanien art space in the inner-city suburb of Kreuzberg, is providing them with a very prominent platform for their projects – as part of the city's longstanding partnership with Istanbul.

The message of the "Mayhas" 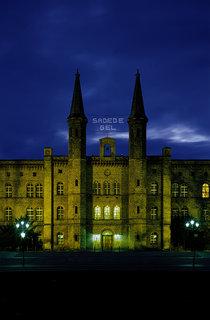 "Get to the point!" - the Turkish idiom "Sadede Gel" shines in the Berlin night between the towers of the Bethanien art space

​​ The Turkish phrase "Sadede Gel" is spelled out in lights strung between the two towers of the Bethanien building. The artists translate it as "Get to the point". The many people of Turkish origin who are the building's neighbours will be familiar with messages of this type, called "mayhas" and displayed between minarets during Ramadan in Muslim countries. Mayhas were once a powerful means of communication for religious or moral messages.

Yet, through this traditional form of communication, the artist group "atilkunst" is not only broadcasting a common saying into public space, but also launching a signal to society. And it is the ironic overture to the multiple dialogues which are taking place in the exhibition.

One aspect of the dialogue which these Turkish galleries are involved in is artists getting together in Istanbul and learning from one another. They combine their production forces and harness their collective intelligence against the artistic establishment with all its crippling constraints. Important platforms have emerged from this movement in recent years. The art itself acts as a spark that ignites a much larger engine – these spaces, small as they may be, often evolve into meeting spaces for academics, architects, urban planners, artistic initiatives and organisations.

Boldly working against the grain in a repressive climate

It's their counter-ideas for an interdisciplinary presentation of art, offering artists a chance to go against the grain in the still repressive atmosphere of the Turkish unitary state, which are now on show at the Bethanien art space. 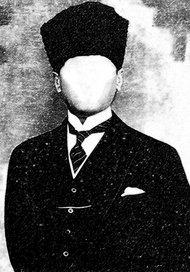 Getting away from conservative approaches to art and social taboos: the artists group Hafriyat has been organises events for ten years, among them exhibitions of creative posters

​​ Visitors enter via a broad corridor, flanked by a cosmos of images on the subject of "fear of God". Graphic art and written messages relate to the fear which has been created among the people and used since the dawn of time in order to hold on to power. This poster collection dates from 2007 and is from the artist group "Hafriyat".

The group runs a small venue in Istanbul's harbour quarter Karaköy, tucked between car repair shops and brothels, out of reach of the conservative and commercial art scene dominated by banks and institutions. Membership fees and support from the neighbourhood pharmacies, nightclubs and production companies cover the group's running costs, helping them to maintain their independence.

The Berlin exhibition illustrates the goals of these independent initiatives and how they work – in comparison to publicly funded art spaces in Germany – using pictures, texts, videos and installations. The "Apartment Project", founded by the video artist Selda Asal in 1999, works with workshops and performances. Asal and Serdar Ateser have already worked on a music video project with pupils at a Berlin school. Their current piece in the exhibition is called "Reciprocal Visit" and involves ten Turkish artists.

The ten artists reflect on their visits to Georgia, Armenia and Iran, chosen precisely because of the political differences between them and Turkey. The film sequences reveal the explosive political background: for example, Turkish citizens are banned from entering neighbouring Armenia, and vice versa. The artists use the custom of "reciprocal visits", which has traditionally supported neighbourly relations in these countries and the Arab world, as a cultural counter-measure, thereby overcoming entry bans and border walls.

The up-and-coming group "Kurye" defines itself as a video organisation. Its concept focuses on the image, in permanent circulation and accessible everywhere and at any time.

620 videos by 250 artists from 32 countries: The Kurye Archive puts on international festival, film series, audiovisual performances, as well as exhibitions

​​ The group works with an archive system, organises video events on specific themes, international festivals, exhibitions – including online exhibitions – and acts as an agency. The Kurye archive now houses 620 video works by 250 artists from 32 countries; and this impressive collection continues to grow.

The other side of the dialogue behind the exhibition is the city partnership between Berlin and Istanbul, now in existence for twenty years. Berlin has worked hard at maintaining contacts with the few existing artist groups, presenting a very different picture from the usual distorted images of Turkey – a fact that can't be rated too highly.

Unlike in Berlin, Istanbul's project spaces are not launching pads for artists' careers, but spaces for action and platforms for political content, taboo subjects such as gays and lesbians or "woman and the city". And sometimes all that it takes is a shop window, as the space "Artik mekan" proves in just over two square metres, run by the artists Gonca Sezer and Yesim Agaoglu in an old tea house also in Karaköy. Artists can "get to the point" in the tiniest of spaces.

The Turkish Art Scene
"Offside, But a Goal!"
Contemporary Turkish art is little known in outside of Turkey, and inside of Turkey as well, for that matter. A new publication shows just how hard the Turkish art scene struggles about its internationalization. By Necmi Sönmez

END_OF_DOCUMENT_TOKEN_TO_BE_REPLACED
Social media
and networks
Subscribe to our
newsletter