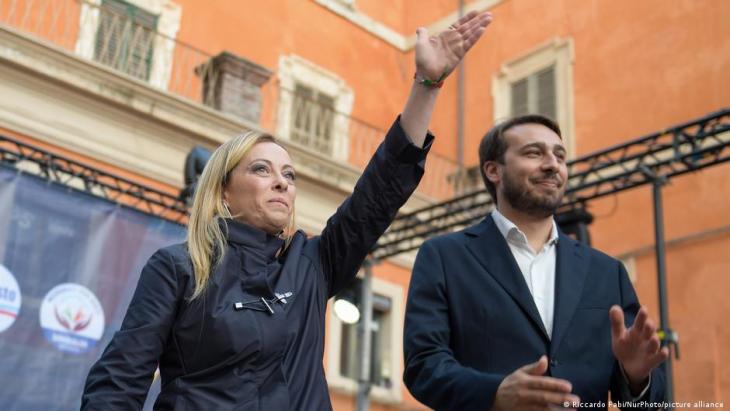 Much has changed in the European post-fascist firmament since former SS officers, veterans of the collaborationist Vichy government and other dubious figures established the forerunners of today’s far-right parties. Women and young men, usually smartly turned out in tailor-made suits, now set the tone. Commentary by Ian Buruma

Not so long ago, the far right in Europe was associated with shabby old men nostalgic for the good old days of order and jackboots. The far-right political parties in France and Italy, now led by women, were founded by former SS officers, veterans of the collaborationist Vichy government and other dubious figures who emerged from the shadows of World War II. The same goes for the Democrats in Sweden, who won 20.6% of the votes in the most recent election.

Much has changed in the European post-fascist firmament. Giorgia Meloni, leader of the far-right Brothers of Italy party, will be the first woman to be Italian prime minister. Marine Le Pen’s National Rally won 89 seats in the French parliament. And the Sweden Democrats will have a strong voice in national politics, even though they will stay outside the government.

Not only women but also young men, usually smartly turned out in tailor-made suits, now set the tone for the European far right. Moderate conservative parties in Europe have not yet been taken over by extremists, as happened with the Republicans in the United States, but fear of losing votes has driven them further towards the fringe.

Meloni is not Mussolini

This does not mean we are about to wake up in 1933. History never repeats itself in the same way. Meloni is not Mussolini, and there is no Hitler, so far, lurking in the wings. There are in any case many versions of right-wing extremism. The same was true of pre-war fascism. Each country has its own history and its own brand of demagoguery.

[Everything you need to know about the far right today, including the twist of anti-capitalist populism (and hello to the new version of Benjamin Netanyahu), in one viral video by Georgia Meloni]

Still, all forms of right-wing populism have certain things in common. The politics of resentment appeals to people who feel left behind and ignored. In most countries, the deeper one goes into the provinces, the more ill feeling toward the so-called elites one encounters. Race plays its usual corrosive role in the United States. Many rural white people resent the rise of Black people in public life. And everywhere, fear and discontent find a ready outlet in hostility toward immigrants.

Then there are those who feel humiliated by a lack of recognition or success: failed writers, third-rate academics, or, increasingly, young men from good families, who can no longer take the privileges of their class for granted. This explains the rise of what might be called the "frat boy right", stronger in Europe than the U.S. – and the proclivity for snappy suits.

Far-right parties’ recent electoral successes are frequently seen as a failure of their mainstream rivals, who are widely blamed for a lack of coherence. One doesn’t know what they really stand for. This is not entirely fair. What mainstream parties like Labour in the United Kingdom, or the Democrats in the United States, stand for is pretty clear: international institutions, global trade, flexible and generous immigration policies, and so on. The problem is that this hardly distinguishes them from moderate conservative parties. 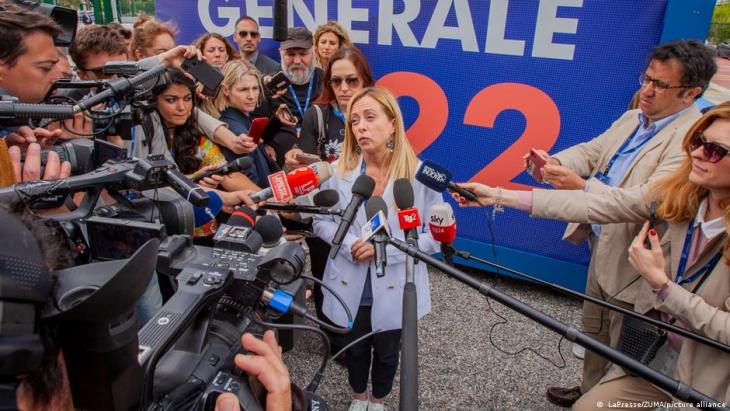 Fed up of left-wing moralising: people who complain about immigrants are denounced as racists. Those who have doubts about international institutions or global trade are dismissed as xenophobes. Yet the left still pretends to stand up for the underprivileged. Progressive educated urbanites don’t just benefit from the liberal global order, they like to take the moral high ground, lecturing those those who lack their education or prosperity. Which is where the right-wing populists come in…

President Bill Clinton’s politics didn’t fundamentally differ from those of his predecessor, George H.W. Bush, and the same was true of Tony Blair and David Cameron in the UK, or Gerhard Schroeder and Angela Merkel in Germany. In Europe during the 1990s and the 2000s, many European governments were formed by coalitions comprising moderate left and moderate right parties. Rule by technocrats, or political managers, became the norm. As a result, right-wing populists, such as Donald Trump, exploited a loathing not just of the left, but of the conservative establishment, too.

But there is one good reason why the progressives are even more resented than the conservatives: People hate hypocrisy. It is, of course, true that a degree of hypocrisy is essential in an open society. Moral or ideological purism is the enemy of liberal democracy, just as always saying exactly what you think is not a sign of good manners. But there is a particular kind of left-wing hypocrisy that many people find especially irritating.

The mainstream progressive parties now get most of their votes from relatively well-educated people in large cities, people who travel for their work, speak more than one language, relish cultural diversity and have a stake in the global economy.

There is nothing intrinsically wrong with their worldview. Economic globalisation lifted many people from poverty. International cooperation in common institutions is preferable to nationalism and border walls. And a generous attitude to asylum-seekers and immigrants is humane, culturally enriching, and brings new dynamism to a society.

The politics of resentment

But not everyone benefits from the liberal world order. The middle class in Italy is feeling the pinch. Former industrial workers in the American Midwest are hurting. People in the French provinces feel marginalised by Paris. Moderate conservatives tend to take a stern view of such complaints. Stop whining and work harder, they say.

The left-wing reaction is more moralistic. People who complain about immigrants are denounced as racists. Those who have doubts about international institutions or global trade are dismissed as xenophobes. But because the left still pretends to stand up for the underprivileged, this often has a strong ring of self-serving duplicity. Not only do progressive educated urbanites benefit from the liberal global order, but they also wish to take the moral high ground and lecture those who lack their education or prosperity.

This is one reason why people vote for Le Pen, Meloni, Trump, or the Sweden Democrats. If educated Londoners favour European Union membership, we will vote for Brexit. If the “elites” talk about face masks or climate change, we will believe that these are hoaxes cooked up by George Soros or Bill Gates. This is the vengeance of the slighted, the politics of resentment.

Trump has shown us that the politics of resentment is usually destructive and not conducive to successful government. Can Meloni and other far-right leaders with the chance to govern do better? I’m not holding my breath.

Ian Buruma is the author of numerous books, including Murder in Amsterdam: The Death of Theo Van Gogh and the Limits of Tolerance and, most recently, The Churchill Complex: The Curse of Being Special, From Winston and FDR to Trump and Brexit.

In Doha, Arabs from Morocco, Tunisia, Egypt and Algeria are gathering to celebrate the first ever FIFA World Cup to be held on Arab soil. The criticism from Europe? Over the top, ... END_OF_DOCUMENT_TOKEN_TO_BE_REPLACED

Canan Topcu came from Turkey to Germany as a child. In her essay, she describes how bothered she was by the racism she encountered in her country of origin when she travelled ... END_OF_DOCUMENT_TOKEN_TO_BE_REPLACED

All organisers use major sporting events like this year’s FIFA World Cup in Qatar primarily to advertise their country and promote a slick public image. This is not something we ... END_OF_DOCUMENT_TOKEN_TO_BE_REPLACED

Lamya Kaddor, MP for Germany’s Green Party, visited Qatar with a group of parliamentarians. In interview with Claudia Mende, she advocates a differentiated picture and urges that ... END_OF_DOCUMENT_TOKEN_TO_BE_REPLACED

COP27 in Sharm el-Sheikh is turning into a PR disaster for Egypt’s military regime. Instead of praise for the host, the news is full of solidarity for imprisoned activist Alaa ... END_OF_DOCUMENT_TOKEN_TO_BE_REPLACED
Author:
Ian Buruma
Date:
Mail:
Send via mail

END_OF_DOCUMENT_TOKEN_TO_BE_REPLACED
Social media
and networks
Subscribe to our
newsletter