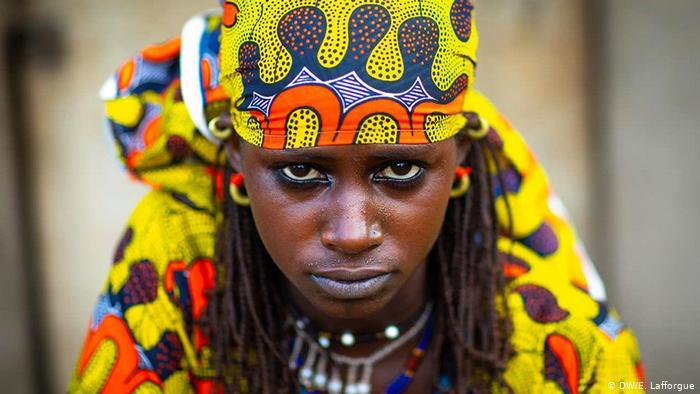 Strangers in their own country: Ivory Coast is home to 62 different ethnic groups, including the Peuls. But many don't have Ivorian citizenship because the government demands that at least one of their parents were born here – difficult to prove without proper documents. Without Ivorian citizenship, they can't open a bank account or get a driver's licence, leaving many Peuls feeling like foreigners in their own country 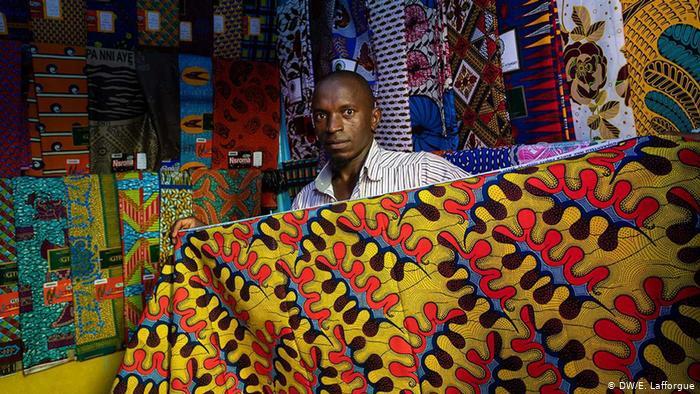 Traditional fabrics tell a story: "tell me which fabric you wear and I will tell you who are," is a common saying among Ivorians. The traditional wax print fabric is commonly worn by women and each pattern sends a different message to their husbands. The hibiscus flower wax pattern, for example, symbolises happiness in marriage 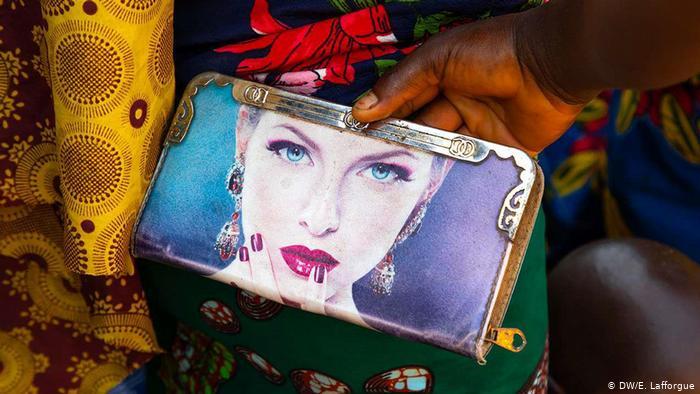 Damaging beauty standards persist: although they've officially been banned since 2015, skin-lightening products are still very popular here. Bleaching dark skin can cause irreparable damage and can even lead to hypertension and diabetes. Still, many pharmacies make a lot of money discreetly selling such products, while doctors are still allowed to prescribe them. One out of two women in the capital, Abidjan, uses skin lightening products 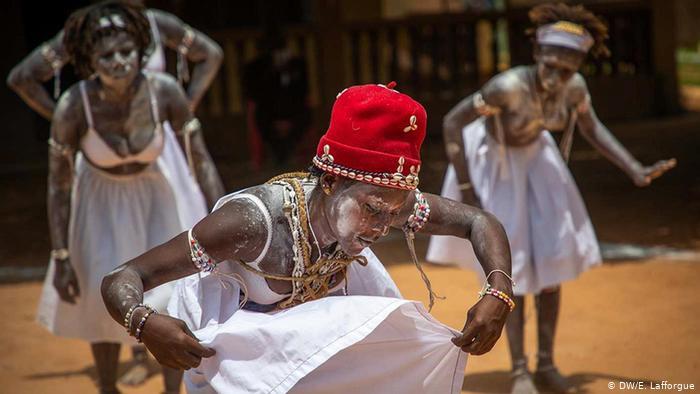 Learning an ancient art: young girls dance with their bodies coated with kaolin in Aniansue. They are learning to become komians: traditional healers and fortune tellers. Komians are known for their ability to ward off bad luck and predict the future and are often consulted by the country's most powerful politicians and local chiefs. A unique school teaches this art in the Akan culture 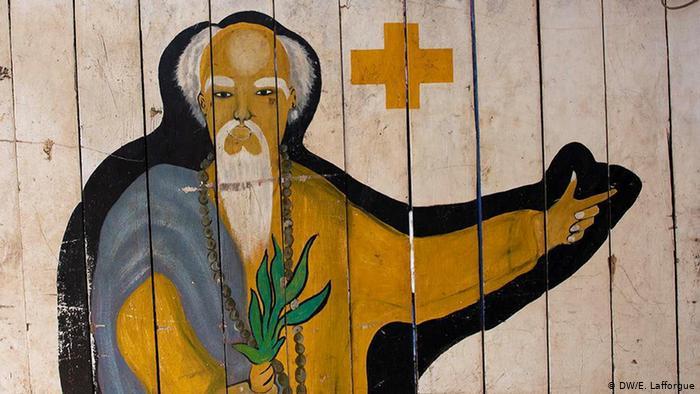 Fake medicine brings false hope: almost half of the population live below the poverty line, making it easy to exploit those in need of healthcare. Approximately 600 tons of fake medicine have been seized over the last three years, representing a third of all medicines sold in the country. Most of it is imported from Asia. Signs like these are commonly seen outside shops selling medicines "made in China" 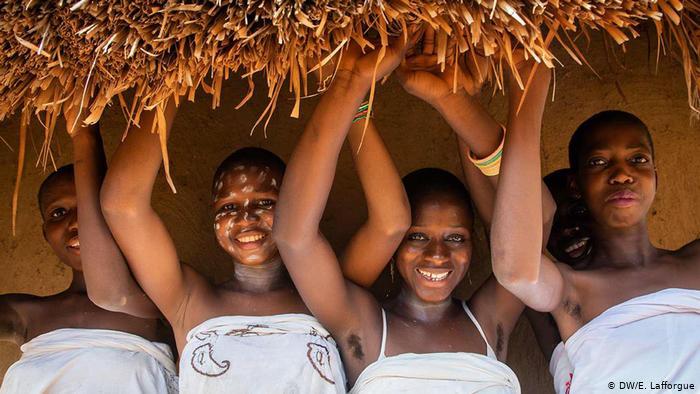 Dreaming of a new life abroad: the world learned of the plight of Ivorian refugees in early 2020, after the body of a teenage boy was found in the landing gear of a plane. Driven by a lack of job prospects, many young people dream of starting a new life abroad, taking dangerous migration routes to reach the Mediterranean. President Alassane Ouattara has promised to create 200,000 new jobs a year, but the youth aren't convinced 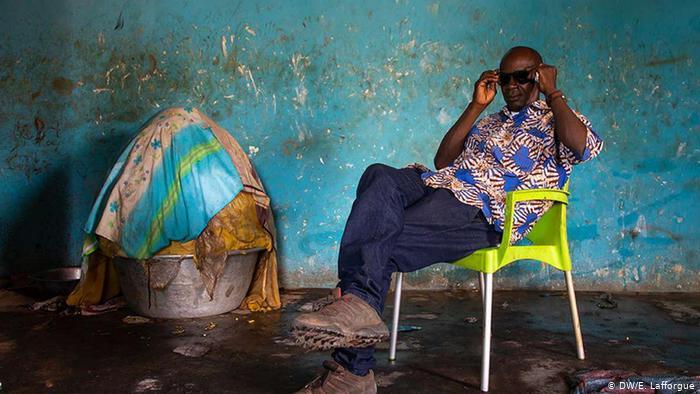 Waiting for "women's gold": a man patiently waits to buy karite or shea butter in the Savanes District. The product is known as "women's gold" across Africa, as it is primarily women who earn money making and selling it to consumers via small cooperatives. Used in make-up and food, shea butter is popular all over the world 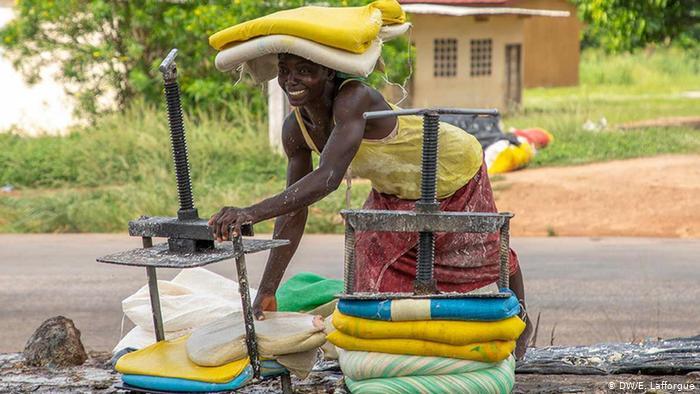 Women take charge of an age-old cuisine: an Ivorian woman from the "Femmes battantes cooperative" (Women fighters co-operative) wraps attieke, a traditional type of couscous made from cassava tubers. Women are also in charge of the production of attieke: they grow the cassava, process it and sell it along the roadside. This income is often used to send their children to school 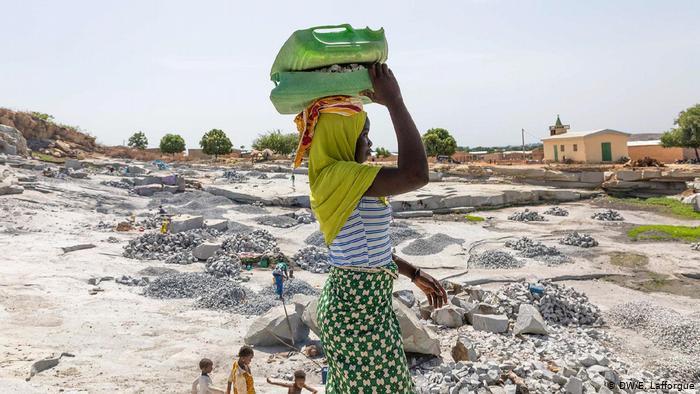 Mining is still a man's world: the booming mining industry meanwhile remains dominated by men. But that hasn't stopped some women from wanting to work in the sector. However, they are often victims of clandestine exploitation and the work is notoriously exhausting under the blazing sun 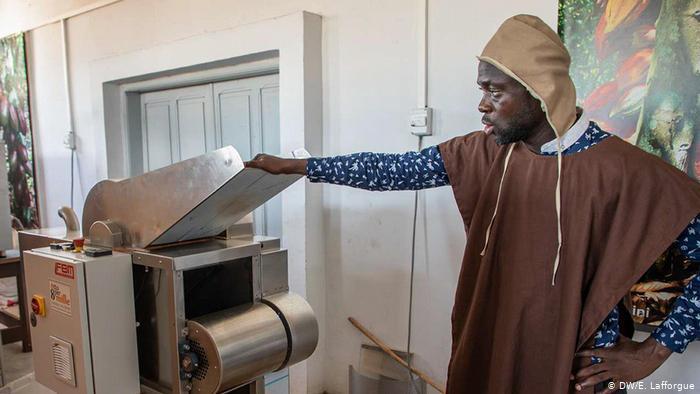 A struggling cocoa sector: in Ivory Coast, the cocoa sector is on the verge of a new crisis. Small traders are finding it increasingly difficult to compete with larger local co-operatives which hold most of the contracts with major chocolate manufacturers such as Mars or Nestle. Of 3,000 cocoa co-operatives in the country, just over 200 are fairtrade certified 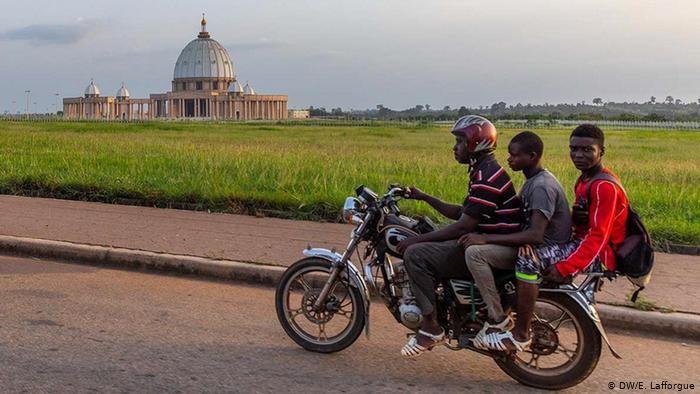 A place of worship: the Basilica of Our Lady of Peace in Yamoussoukro was consecrated by Pope John Paul II in 1990 and was said to have cost $300 million (€277 million) to build. It's even bigger than St. Peter's Basilica in Rome, on which it is based. The basilica can accommodate 200,000 people: 7,000 inside and the rest out on the esplanade. But today, only a few hundred people flock to Sunday mass

END_OF_DOCUMENT_TOKEN_TO_BE_REPLACED
Social media
and networks
Subscribe to our
newsletter