The Beautiful Circe with a Kalashnikov

Izzet Celasin was imprisoned for many years as a left-wing activist after the 1980 Turkish military putsch. He has now written a novel about the leftist revolt in his country. At the centre of the novel are women who provide his male characters with a sense of direction. A review by Volker Kaminski 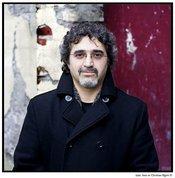 ​​ What a novel this could have been! Istanbul in 1977 – Turkish society in turmoil, left-wing, progressive forces locked in struggle with reactionary, paramilitary units, and thousands of students and workers attending rallies together. Then, at a May 1 demonstration, police fire a hail of bullets, causing a bloodbath among the demonstrators.

In their midst is Eiche, a young man in his last year at high school attempting to find his place in a society rocked by political controversy. On this day, he swiftly falls in love with the young revolutionary fighter who saves his life.

Yet, what starts off as a lively and interesting read soon develops into a drawn-out, longwinded tale of youth that is full of incidental details. The encounter with Zuhal remains an unforgettable experience for Eiche, and the young woman, active in the student movement, initially maintains contact with her "little friend."

Eiche, however, doesn't really find a place in her strictly organized life. The narrator seems to think that it is equally important to describe events at the vegetable stand where Eiche works during the holidays, his experiences with his first girlfriend, and the activities of his mother and siblings at home. As such, the narrative drags on endlessly.

Helpless without the "weaker sex"

There are just too many pieces in the puzzle from which the author tries to put together his story. The basic idea – the interlacing of personal and political details – is an appealing one. Of course, the reader is interested in the fate of those in Turkey's progressive movement of the late seventies and how Turkish women, particularly in Istanbul, emancipated themselves from their traditional roles and strived towards self-realization. 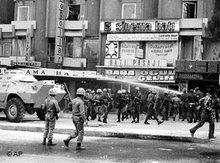 ​​ Yet, the depiction of female roles in the novel is too tied to the perspective of the main protagonist, who at various stages of his life is repeatedly reliant on the support of women. He often seems indecisive and aimless, while the women around him provide him with direction and protection.

Whether it is his mother, the self-sacrificing fellow student Semra, or his professor – it is always a woman standing at the crossroads of his development to help him make the right decision. Eiche remains fixated solely on Zuhal, although he has increasingly lost sight of her. He has decidedly removed himself from any political activity, yet still attempts to find Zuhal, pursuing her in a detective-like fashion, as Zuhal has since found it necessary to go underground. She is now regarded as a terrorist and her photo even appears in the press in an effort to apprehend her.

No make-up, pretty, and merciless

Unfortunately, the novel only picks up steam on those rare occasions when events are described from Zuhal's viewpoint. The author offers a deeply sympathetic depiction of Zuhal and her entanglement in political terrorism, leaving a lasting impression on the reader. She is described as a delicate young woman with a tight pony tail, "no make-up and pretty," usually armed with a Kalashnikov during attacks, and filled with the conviction that her actions and terrorist attacks are politically justified.

How naïve these political tenets at the time really were is made clear in one scene in which Zuhal, together with a group of men, rob a bank. She walks up to the bank teller's window and demands cash with the words, "We are here to confiscate the financial resources of the bank in the name of the people!"

​​ The novel begins in May 1977 and works its way, chapter by chapter, through the following months, so that the reader is actually relieved to finally reach September 1980, the time of the military putsch. By then, it is no longer possible to deny the division in society and there is an escalation of events. Political activists are persecuted, jailed, and tortured. Eiche, who now works as a translator of light fiction and writes song lyrics on the side, rarely comes into contact with the state and its representatives.

At one point, he aids a young woman trying to escape by giving her a fake passport, which he originally had made for Zuhal and himself. He no longer expects to ever again see Zuhal, his love from long ago. It appears, though, that such an encounter might just happen when Zuhal's father, a retired general, looks him up and convinces him to participate in a hostage exchange, which nonetheless fails.

A lack of insight

In the final chapters, the novel finally attains the tension that had been missing all along. Zuhal fights in a left-wing splinter group on the Black Sea. They are entrenched in the mountains, where they battle enemy soldiers and are hunted down.

The scenes are convincing and the reader definitely grows fond of Zuhal's character, complete with her hopeless struggle, her inner loathing of the cruelties of war, her abhorrence of the terror and violence in which she is so deeply entangled, and her inability to admit her own weaknesses.

Such passages, however, are far too few and are outweighed by the endless episodes focusing on only moderately captivating secondary figures. It is, actually, an interesting novel, but some streamlined editing work would have been highly advisable.

Izzet Celasin was born in 1958 in Istanbul. He was a left-wing activist in Turkey and, after the military putsch of 1980, spent many years in prison. In 1988, he arrived in Norway as a political refugee and works as an interpreter in Oslo. Black Sky, Black Sea is his first novel.

Izzet Celasin, Schwarzer Himmel, schwarzes Meer (Black Sky, Black Sea), has been published by Kiwi Köln. The original Norwegian novel has not yet been translated into English.

The Turkish '68
The Lost Generation
The resurgence of Islam in Turkey began as a counter-reaction to the leftist student activism of 1968; one of the key activists among the right-wing students of the time is now the country's president. Zafer Senocak takes a look back

German-Turkish Author Ibrahim Kepenek
You're in the Army Now!
Ibrahim Kepenek has written a humorous and insightful account of his "fast-track" military service in Turkey. The German-Turkish author uses this boot camp ordeal to reflect on his cultural identity. By Volker Kaminski

END_OF_DOCUMENT_TOKEN_TO_BE_REPLACED
Social media
and networks
Subscribe to our
newsletter