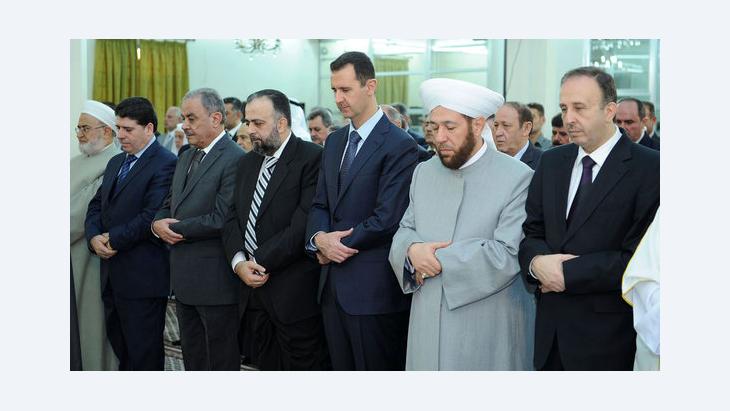 Javier Solana on Finding a Solution to the Syrian Conflict

Towards a Syria Consensus

In this commentary, Javier Solana, former foreign minister of Spain and secretary-general of NATO, considers the impact that a possible overthrow of Syrian President Bashar al-Assad would have on the entire region and reflects on the steps that could be taken to set in motion a chain of events that could lead to a transition of power in Syria

The feeling is growing stronger by the day that Syrian President Bashar al-Assad's regime is approaching a tipping point. Kofi Annan, the United Nations and Arab League special envoy, has abandoned as hopeless his efforts to implement an internationally agreed six-point plan to end the violence. Now the international community must think seriously about how to minimize the dangers inherent in Syria's domestic turmoil.

Lack of agreement within the UN Security Council has prolonged the conflict and contributed to a change in its nature. What began as a popular uprising inspired by the demands of the Arab Spring has taken on increasingly sectarian and radical tones. This reflects a loss of hope in international support, while making it more difficult to achieve a negotiated solution.

In particular, there is a growing danger of Sunni retaliation against the Alawite minority, which comprises 12 per cent of the population, but controls the government, the economy and the army. The Alawites, who overcame second-class citizenship only when Assad's Baath party came to power in 1963, now believe that their very survival is linked to that of the regime.

If the Syrian opposition does not take the Alawites' concerns seriously, the country could be wracked by years of civil war, worse than the conflict that devastated Lebanon from 1975 to 1990.

The regional consequences are already being felt. Fighting between the rebels and government forces is spreading, and the resulting refugee flows into neighbouring Turkey, Jordan and Lebanon threaten to bring these countries directly into the conflict. 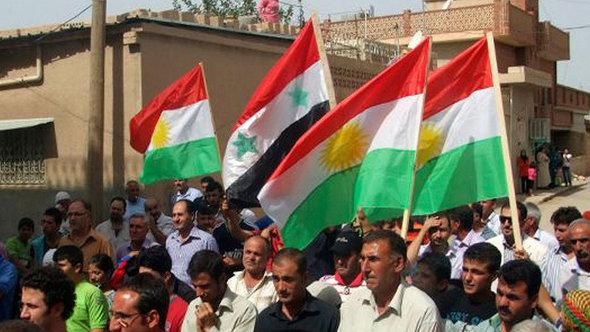 Syrian Kurds demonstrating against the Assad regime: according to Javier Solana, Turkey is concerned about the repercussions of the Syrian conflict both for its Kurdish population and for its own relations with the Kurdish populations of Iraq and Syria

​​Turkey is also worried about the conflict's possible repercussions for its Kurdish population, among whom aspirations for independence are resurfacing, and for its relations with the Kurdish populations of Iraq and Syria, which are woven into a complex balance.

Jordan, for its part, considers the growing numbers of Syrian rebels entering its territory a threat to national security, while the arrival of thousands of refugees in Lebanon has revived old sectarian disputes in Tripoli between Shia Alawites, most of whom support Assad, and Sunnis, who overwhelmingly sympathize with the opposition.

Chaos and confrontation could easily reach Iraq too, where the possible fall of the Syrian regime seems to be revitalizing Sunni resistance to Nouri al-Maliki's predominantly Shia government.

The outcome of the Syrian conflict will also have a direct impact on the Middle East's alignment of power. A Sunni takeover after Assad's fall would mean a change of strategy with respect to Iran and its Lebanese Shia ally, Hezbollah, whose viability might be in danger, as a Sunni government in Syria would most likely cut off the conduit for arms flowing from Iran to Lebanon.

Possible knock-on effect in the region

The disturbances in Syria have already weakened some of Iran's traditional alliances in the region. For example, Hamas has taken a position in favour of the Syrian opposition by emphasizing its ties with the Muslim Brotherhood, and gave its support last year to Egypt's transitional government after it permanently opened the frontier with Gaza. 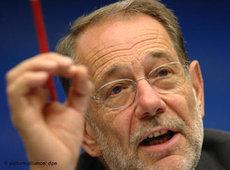 Javier Solana has been Spanish foreign minister, secretary-general of NATO and the European Union's foreign policy chief; he is now president of the ESADE Center for Global Economy and Geopolitics and Distinguished Senior Fellow at the Brookings Institution

​​Although the complex situation in Egypt suggests that its leaders will be preoccupied with domestic politics for some time, the new government will also try to redefine its relations with neighbouring countries. Significantly, Egypt's recently elected president, Mohamed Mursi, the leader of the Muslim Brotherhoods' political party, chose Saudi Arabia for his first official foreign visit, a decision laden with religious as well as political symbolism.

For Saudi Arabia – which, along with Qatar, is arming the Syrian opposition – the post-Assad period is a strategic opportunity to break the alliance between Syria and Iran, and, at the same time, to deal a severe blow to Hezbollah.

The weakening of the Iran-Syria-Hezbollah axis would directly benefit Israel, which has stepped up its not-so-veiled threats to launch a unilateral military strike against Iran's nuclear installations. Likewise, Israel accuses Hezbollah – together with Iran – of recent efforts to attack Israeli targets, including the bombing of a bus carrying Israeli tourists in Bulgaria.

This new scenario will doubtless affect Iran's position in the ongoing international talks on its nuclear programme, which are fundamental to achieving a diplomatic solution. But, as long as the Syrian conflict continues, it will be difficult to make any progress with an Iran fearful of the impact that a new government in Syria might have on its regional influence. 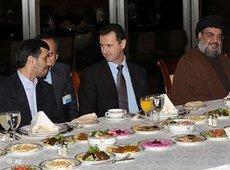 Were Assad to be toppled and the Sunnis to take power in Syria, much would change for Syria's Shia allies, the Lebanese Hezbollah and Iran. In fact, according to Solana, the conflict in Syria is already weakening Iran's traditional alliances in the region

The role of the UN

In the same way, achieving an agreement – or not – with Russia (and thus with China) to contain the Syrian crisis will also determine how much room for manoeuvre the United States and the European Union will have with these two countries to address Iran's nuclear programme.

The Security Council's members agree on how to address Iran's nuclear programme, but not on steps to resolve the Syria conflict, owing to fundamental disagreements between Russia (and China) and the rest. But these are, in effect, parallel negotiations, closely dependent on each other for progress.

In order to reach an agreement, it is essential that Turkey, the Gulf States, and the Arab League forge a common position. Only in this way could they win the backing of the various sectors of Syrian opposition – suspicious of the intentions behind unilateral support – and bring their positions closer to those of Syria's minorities, which cannot be left out of this process. This would create more pressure for backing by the Security Council and set in motion a process leading to a transition policy in Syria. Reaching an agreement on a post-Assad scenario will not be easy, but no alternative is more promising for Syria and the region.

Palestine is disappearing. From the international agenda, from the map, as a concept. The filmmaker Elia Suleiman from Nazareth reacts in the only possible way: using the language ... END_OF_DOCUMENT_TOKEN_TO_BE_REPLACED

Insults directed against Egyptian President Abdul Fattah al-Sisi have been particularly prominent among the hundreds of chants by Arab protestors in Algeria, Sudan, Iraq and ... END_OF_DOCUMENT_TOKEN_TO_BE_REPLACED

Political analyst Taqadum al-Khatib argues that Egypt can, in co-ordination with its European partners, develop a common vision to solve the complex conflict in Libya. For this to ... END_OF_DOCUMENT_TOKEN_TO_BE_REPLACED

At the suggestion of his Arab students, Israeli psychologist Ofer Grosbard created the project "Quranet", which uses texts from the Koran to solve educational problems in schools ... END_OF_DOCUMENT_TOKEN_TO_BE_REPLACED

Taking the Fridays for Future movement as his starting point, Muslim environmental expert Tarik Quadir talks to Marian Brehmer about the connections between Islam and ... END_OF_DOCUMENT_TOKEN_TO_BE_REPLACED

Muhyiddin Ibn Arabi (1165-1240) is one of the most influential Arab philosophers and mystics. James Morris, Professor of Islamic Theology at Boston College, explains why his ... END_OF_DOCUMENT_TOKEN_TO_BE_REPLACED
Author:
Javier Solana
Date:
Mail:
Send via mail

END_OF_DOCUMENT_TOKEN_TO_BE_REPLACED
Social media
and networks
Subscribe to our
newsletter