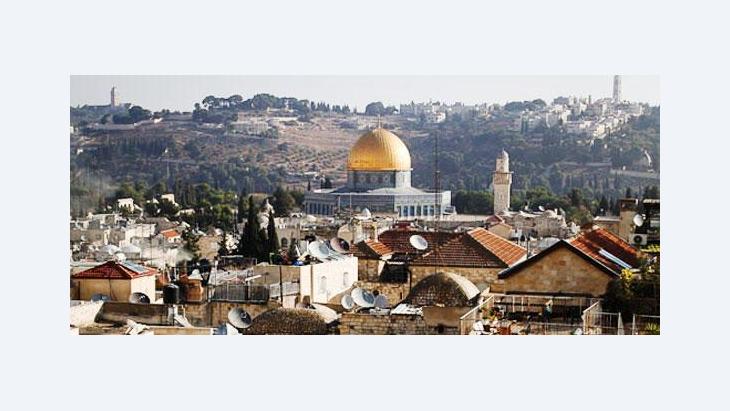 The Middle East Conflict Fought Out on an Ancient Muslim Cemetery

﻿Arab, Israeli, and Western archaeologists demand the cancelation of plans to build a Tolerance Museum in Jerusalem – a project that has already been hotly debated for years. Joseph Croitoru reports

Politically sensitive building and excavation projects have once again ignited controversy in the Holy City. One of the conflicts with an archaeological background surrounds the construction of a "Tolerance Museum," a project initiated in 2005 by the Simon Wiesenthal Center (SWC) and since then postponed a number of times. The original design by star architect Frank Gehry was criticized by many as being pompous and self-indulgent shortly after its public presentation.

Then, an Israeli-Arab Islamist group won an injunction in the Israeli Supreme Court against construction work on the grounds that the old, disused Islamic Mamilla Cemetery forms part of the site. 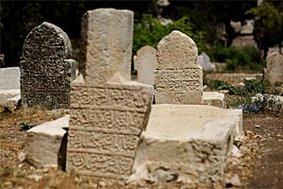 "Protest from the ranks of domestic and foreign archaeologists": Mamilla Cemetery is an historic Muslim cemetery located just to the west of the walls of the Old City of Jerusalem. The cemetery contains the remains of figures from the early Islamic period, several Sufi shrines and Mamluk-era tombs

​​Finally, the massive construction budget of 250 million dollars proposed by the SWC came under such heavy criticism that it had to be cut back.

Gehry was no longer satisfied with the new conditions and left the project in 2010. The Tel Aviv architectural office of Bracha and Michael Chyutin was put in charge of drawing up new plans. Their design was considerably more modest. The s-shaped building plans fit in harmonically with the surroundings and a glass facade offered a clear view of part of the former cemetery site.

Construction was to already have begun in mid-October, but this has been postponed due to internal quarrelling among parties involved in the project. Two months ago, Shimon Kornfeld, the on-site project manager, quit. In early November, the Israeli press reported on an irreconcilable dispute between the Chyutin architects and the SWC. And now, protest has arisen to the planned construction from the ranks of domestic and foreign archaeologists.

Over 80 archaeologists, supported by the US human rights organization Center for Constitutional Rights, has recently published an open letter to the board of the SWC, the mayor of Jerusalem, the head of the Israel Antiquities Authority, and the UN demanding an end to the building project. The archaeologists, including Arab and Israeli scholars, as well as numerous colleagues from Europe and the USA, accuse the SWC of irreversibly destroying archaeological relics on the site.

Above all, they have criticized the negligent handling of excavated human remains, which not only violates the dignity of the dead but fails to conform to scholarly archaeological criteria. In addition, the archaeologists demand that the authorities refuse to consider any future construction plans for the controversial site, as they regard it as "one of the world's oldest and most beautiful cemeteries." 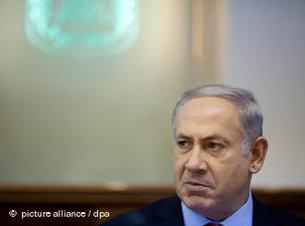 Archeology is politics: "The conflict cannot be regarded in isolation from the persistent efforts by the Israeli state to remove control of land and property from the Muslim minority," writes Joseph Croitoru. Pictured: the Israeli Prime Minister Netanyahu

​​According to Israeli press reports, the Simon Wiesenthal Center views the archaeologists' initiative as just a further, purely politically motivated attempt to frustrate the project. A similar attempt by Palestinians failed in early 2010. The SWC alleges that the archaeologists have not only falsified the facts, but have also ignored the judgement by the Israeli Supreme Court, which in 2008 gave the green light for the development of the area. Since then, the controversial building project has even become a topic for scholarly study.

The political scientist Yitzhak Reiter from the renowned Jerusalem Institute for Israel Studies recently published a comprehensive study on the controversy. In his paper entitled "Allah's safe port. The controversy surrounding the Mamilla Cemetery and the Tolerance Museum – a fight for symbolic and physical landscapes", the scholar states that the escalation of the conflict has occurred not without good reason.

Ulterior motives on both sides

The core of the dispute centres around the fact that the Jewish side wants to appropriate a historical Muslim grave site in, of all things, the name of tolerance. The conflict cannot be regarded in isolation from the persistent efforts by the Israeli state to remove control, wherever possible, of land and property from the Muslim minority.

On their part, the Muslims have attempted to stylize a building project into a national conflict and thereby deflect the criticism that the Muslim side was the first to have used part of the Mamilla Cemetery for other than its intended purpose by building on the site and leaving it in a state of neglect for decades.

Although the Islamic claimants could not prove in court that the builders knew from the start that the construction site lay on a large former Muslim cemetery, this does not take away from the fact that this is a significant archaeological grave site. According to Reiter, the court is not the proper place to resolve the controversy surrounding the Tolerance Museum. The judgement has only resulted in the conflict receiving international attention and attracting even more opponents to the museum construction project.

Reiter recommends that in the future, the Israeli state should leave such decisions on how to deal with religiously sensitive sites to a special interdenominational committee vested with full legal authority.

Attempts to cement Jewish claims to the land

Reiter's recommendations probably comes too late and if they had been applied to the equally controversial City of David excavation project south of Jerusalem's Old City wall, the Israeli archaeological community would likely have been spared another conflict. Yet, the Israeli state entrusted the project to the right-wing Elad Foundation, which has pursued a clearly politicized approach to archaeology with the goal of providing evidence of the supposed monumental size of historic Jerusalem. 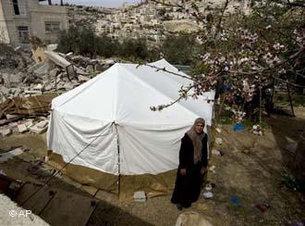 Critics from both the Israeli and Palestinian sides say the underground excavations threatens the architectural stability of Palestinian houses. Pictured: A Palestinian woman stands next to a tent set up in the spot where Israeli authorities demolished a house in the east Jerusalem neighbourhood of Silwan, March 2009

​​The biblical narrative is thereby meant to achieve the status of historical truth and cement Jewish claims to the land. For years, there has been criticism from both the Israeli and Palestinian sides that the underground excavations, which have primarily been carried out under the annexed Arab East Jerusalem district of Silwan, threatens the architectural stability of Palestinian houses and generally aims to gradually drive out the Palestinian residents.

Yet, these protests have not been able to prevent the ongoing expansion of this project. On the contrary, in light of the general shift to the right in Israeli society, Elad has been given even greater authorization to pursue its goals. Not only has it received permission to build its own museum on the grounds and train its own tourist guides, but also to close off part of the grounds to visitors on the Sabbath – setting a precedent for the Israel Nature and Parks Authority, which has jurisdiction over the City of David.

While opponents of the project are now filing claims against the new permissions, Elad is more self-assured than ever before and has proudly presented a particularly prominent supporter of its cause – no less a person than the writer and Nobel Prize winner Elie Wiesel, who has recently taken up a position on the foundations' board of directors. This regrettable development can be seen as part of right-wing consolidation of power, which is currently underway in some of the most important Israeli government authorities, especially those directly associated with archaeology.

A new law is to be passed allowing for the privatization of Israel Nature and Parks Authority. The planned law is extremely controversial, as is the recently announced appointment of the radical settler Israel Goldstein, currently mayor of the Gush Etzion settlement block south of Jerusalem, to the post of Director General of the Israel Nature and Parks Authority. Goldstein's assumed task is to make sure that privatized facilities find their way into the politically "appropriate" hands.

Hamas in Gaza, the Palestinian Authority in the West Bank, and Israel: Palestinians have fewer and fewer rights, says Khaled Elgindy. The Middle East could escalate at any time. ... END_OF_DOCUMENT_TOKEN_TO_BE_REPLACED

Joe Biden promised to make democracy and human rights central to US foreign policy. But that means not insisting on Israel's right to defend itself without mentioning its ... END_OF_DOCUMENT_TOKEN_TO_BE_REPLACED

As the Biden administration attempts to promote democracy and human rights in the Middle East, it will confront the deep-seated belief among Arabs that U.S. policies are unfair to ... END_OF_DOCUMENT_TOKEN_TO_BE_REPLACED

Ben Aylon’s debut international album sees him elevate the traditional music and instruments of Senegal and Mali into a fresh contemporary setting. Seven years in the making, " ... END_OF_DOCUMENT_TOKEN_TO_BE_REPLACED

Years ago, the International Holocaust Remembrance Alliance formulated how hatred of Jews can be recognised. Now a new definition is causing controversy. By Sarah Judith Hofmann END_OF_DOCUMENT_TOKEN_TO_BE_REPLACED

When it comes to talent, Palestine may well be able to compete with other football teams in the region, but growth and development are hampered by the situation in the Palestinian ... END_OF_DOCUMENT_TOKEN_TO_BE_REPLACED
Author:
Joseph Croitoru
Date:
Mail:
Send via mail

END_OF_DOCUMENT_TOKEN_TO_BE_REPLACED
Social media
and networks
Subscribe to our
newsletter