Jewish and Muslim mysticism
Jewish mystics on the Sufi path

The Middle East conflict has dug deep trenches of enmity between Jews and Muslims. That makes it easy to forget that, for centuries, the two religions contributed much to each other's philosophy and spirituality. Nimet Seker looks at the influence of Muslim Sufism on Jewish mysticism 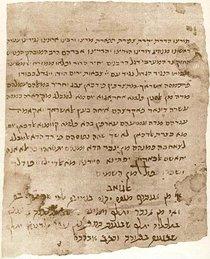 A mystic discovery in the secret hiding-place of a Cairo synagogue: manuscripts of mediaeval texts by Muslim and Jewish mystics

​​Jews do not traditionally destroy texts which include the name of God – even when they are no longer needed. Such texts are kept in the synagogue in a special room called the geniza, "hiding place" in Hebrew. Over 100 years ago, the geniza of the Ben Ezra synagogue was opened, and extraordinary things came to light. The bricked-up room contained works in Arabic and Hebrew by mediaeval Muslim mystics and pietistic texts by Jewish writers which were clearly inspired by Sufism. Many of the texts date from the lifetime of Rabbi Abraham Maimonides (1186–1237), the son of the Jewish philosopher Moses Maimonides. Rabbi Abraham he-Chassid ("the pious") was the religious and political leader of the Jewish community at the time, and was a significant proponent of a Sufi form of Jewish piety which the Jewish texts call chassidut. The title he-Chassid indicates someone pious who follows a spiritual path, similar to that of the Muslim Sufis. Sufism as a prophetic tradition 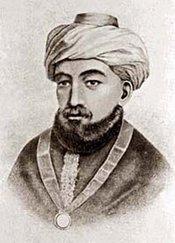 A significant proponent of a Sufi form of Jewish piety: Rabbi Abraham Maimonides (1186–1237)

​​Rabbi Abraham wrote openly in his works of his admiration for the Sufis. He describes biblical figures as pietists with Sufi characteristics and sees the Sufis as the real heirs to the traditions of Israel. He considers that important Sufi rituals are based on the Jewish prophets; through the sufferings of exile, the Jews had forgotten this spiritual tradition and now had to rediscover it. Abraham did not just see the matter theoretically; he introduced a number of changes in the synagogue services, such as the washing of hands and feet before prayer, which is not traditional in Judaism; the ordering of the congregation into rows, as in Muslim practice; facing Jerusalem in prayer, as Muslims face Mecca; and various gestures, such as standing, kneeling, bowing and stretching out the hands during petitionary prayers. Most noticeable were typical practices of the Sufis such as hitbodedut, solitary meditation in the dark, and the ritual of dhkir (Arabic for "thinking of God"). Abraham found sources for all these new practices, which he rediscovered in Islam, in the Jewish Bible. 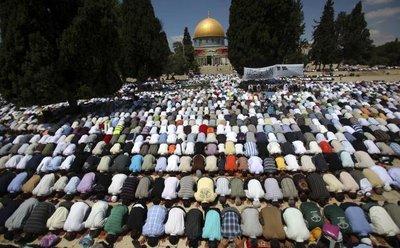 Muslim rituals stemming from the Jewish bible: as head of the Egyptian Jewish community, Abraham Maimonides introduced Muslim practices, such as praying in orderly rows, to the synagogue

​​The family of Abraham Maimonides continued these Sufi-influenced tradition for another 200 years. And this Sufi-Jewish pietism was not a local Egyptian phenomenon: there is evidence of Sufi-based Jewish mysticism among the Jews of Andalusia, of Damascus, Yemen, Palestine and Persia. The cabbalists of Spain and Palestine The esoteric teachings of the Spanish cabbalists around Rabbi Abraham Abulafia (1240–1291) exhibit considerable similarities to the rituals of Muslim mystics: they include, for example, complicated songs, controlled breathing techniques and typical head movements. These were all practices which did not exist in the Kabbalah before the Middle Ages. Abulafia introduced into Judaism the ecstatic aspects of the Sufi dhikr rituals, in which the name of God is repeated so often that one reaches a trance-like state. 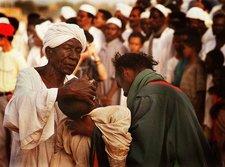 Inspiration across the religious divide: the Spanish Kabbalists around Rabbi Abraham Abulafia (1240-1291) adopted rituals which were very similar to those of Muslim mystics, such as the ecstatic dhikr ritual

​​The famous Kabbalistic school of Safed in Galilee also seems to have been influenced by Sufism. During the sixteenth century, when the Kabbalist Isaac Luria was active, Safed was also a flourishing centre of Muslim mysticism. It boasted a Sufi convent, as reported by the Turkish traveller Evliya Chelebi. There are striking parallels: the Kabbalists held spiritual concerts (baqashot) at which mystical verses were sung, as did the Mevlevi dervishes. Spiritual brotherhoods were established around a saint, and here too there was the practice of hitbodedut (in Arabic khalwa) and dhikr (in Hebrew hazkarah). The Sabbateans and the Chassidim During his exile to Ottoman Adrianople (today Edirne in Turkey), the mystic Jewish Messiah Shabbatai Tzvi, or Sabbatai Zevi, who later converted to Islam, took part in dhikr rituals with the Bektashi dervishes. His followers adopted some Bektashi rituals and spiritual songs in their own ceremonies. 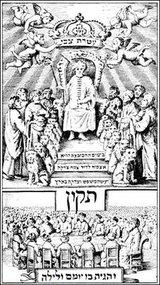 ​​Even the Eastern European Chassidic movement in the eighteenth century may have been influenced by Islam. The Southern Polish province of Podolia, once under Ottoman rule, was the cradle of Chassidism. It was also a centre for the followers of Shabbatai Tzvi, who maintained contact with Ottoman Saloniki, which was a stronghold of Sabbateanism. Cabbalistic and Chassidic rites are still an important part of Jewish tradition, especially in the USA and Israel. Those who speak of the "Judeo-Christian roots of Western culture" thus close their eyes to its Judeo-Muslim roots and the common spiritual and philosophical tradition of the two religions. As so often, as well as that which divides, there is also much that unites them. Nimet Seker © Qantara.de 2010 Editor: Lewis Gropp/Qantara.de Literature: Paul B. Fenton: "Judaism and Sufism" in: "Encyclopaedia of Islamic Philosophy", edited by Seyyed Hossein Nasr, published by Suhail Academy, Lahore, 2002, pp. 755-768.

Qantara.de Sufism A Soft Form of Islam? Sufism, Islamic mysticism, enjoys great popularity in the West, including in Germany. One of the reasons for this is that Sufism seems far removed from orthodox Islam. This is only half right, as Inga Gebauer discovers Sufi Traditions in Northern Africa Mysticism as a Means of Fighting Religious Extremism Politicians in the Maghreb nations are re-discovering Sufi Islam and its brotherhoods as an effective means of combating religious extremism. Beat Stauffer reports Navid Kermani's "Metaphysical Revolts" Is the Creator a Sadist? In his new book Navid Kermani explores the question of divine justice and the meaning of suffering. His starting point is the Job motif and "The Book of Suffering" by the Persian mystic Fariduddin Attar. By Lewis Gropp Al-Andalus Jews, Muslims and the Myth of the Interfaith Utopia According to Professor Mark R. Cohen of Princeton University, mutual resentment between Jews and Muslims is a rather new phenomenon. In this article, he investigates the status of Jewish minorities under both Christian and Muslim rule

Comments for this article: Jewish mystics on the Sufi path

Hello i am a Haradi Jew and i stumbled upon this article and I found multiple errors while reading this and just thought i should bring it to light.
First of all his name was Avraham Ben-Moshe (or Avraham Ben-HaRambam) not Ben-Maimon And he was called HaChasid not "He", "Ha" means "The" in Hebrew "The pious"

In the 5 paragraph, Not one of those practices were introduced by Avraham HaChasid.
1) The washing of hands and feet before prayer comes from his fathers work the Mishneh Troah ( Laws of Prayer chapter 4:3) And that in turn comes form the Talmud (Sabbath 50b) nearly 700 years before Avraham was born
2) Facing Jerusalem to pray comes directly from the Tanakh (Bible) well before Avraham HaChasid in I Kings 8:33,44,48; II Chronicles 6:34 also in Daniel 6:11 "he went into his house, he opened his windows in his upper chamber toward Jerusalem--and he kneeled upon his knees three times a day, and prayed, and gave thanks before his G-d, as he always did."
3) Prostration also was established well before the time of Avraham HaChasid, Found in the Mishneh Torah in Laws of Prayer 5:10-14

END_OF_DOCUMENT_TOKEN_TO_BE_REPLACED
Social media
and networks
Subscribe to our
newsletter